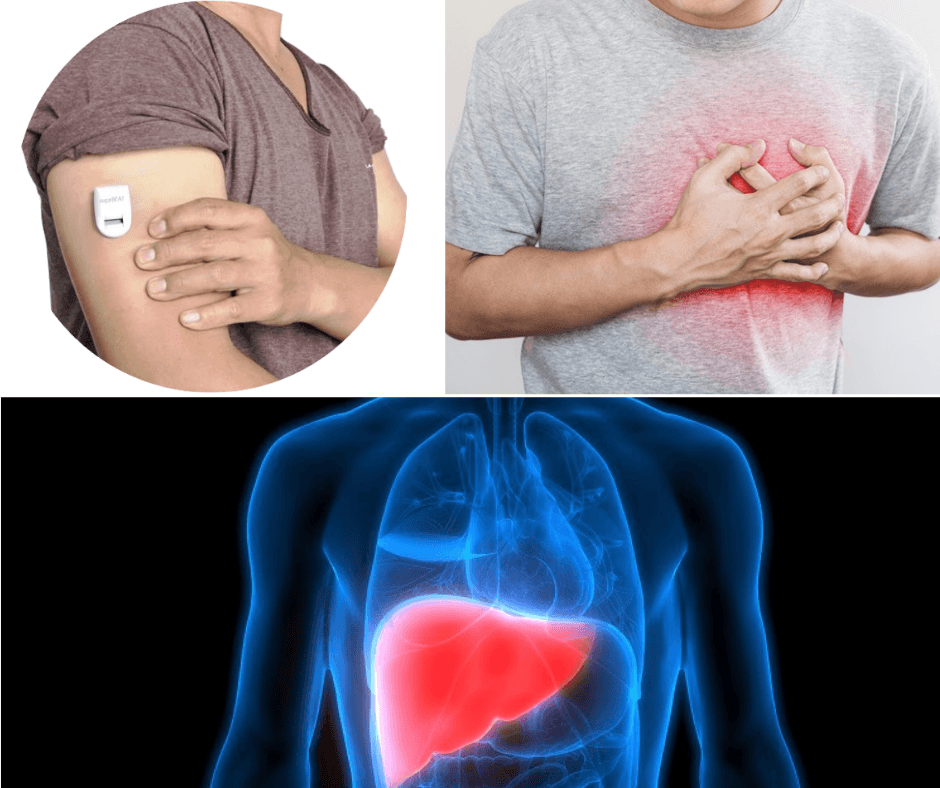 This national Men’s Health Month, NS Medical Devices is highlighting some of the most common issues affecting men and the best tech to help with its treatment, with health outcomes among males being substantially worse than among women.

Despite being many of the leading causes of death among men, however, heart disease, cancer, chronic lower respiratory disease, stroke, diabetes and suicide are preventable.

World Health Organization (WHO) data published earlier this month shows that the probability of a man aged 30 dying from long-term diseases is almost 50% higher than for a woman of the same age.

The UN’s Sustainable Development Goals for health focus on reducing premature mortality from chronic diseases, however they realise that the targets cannot be met unless greater action is taken to tackle the the health problems among men.

Here we profile a range of treatments that are capable of transforming lives by monitoring patients’ risk of diseases in the liver and treatment of prostate cancer detected at any stage of its development.

According to the American Heart Association (AHA) most people who die from coronary heart disease are men over the age of 65, while someone dies in the US from cardiovascular disease every 38 seconds.

While some lifestyle choices such as smoking and heavy drinking have long been associated with an increased risk of heart problems, other factors are not as familiar, including a person’s height as well as blood type.

If an abnormality in the cycle is detected and the wearer is unresponsive for ten seconds due to a possible cardiac arrest or heart failure, the iBeat Heart Watch notifies a designated emergency contact along with emergency services

Diabetes is a disease that occurs when the body can’t control blood glucose levels properly, and is increasing among all ages in regions of Europe.

There are almost 60 million people with diabetes on the continent, or about 10.3% of men and 9.6% of women aged 25 years and over, mostly due to increases in obesity, unhealthy diets and physical inactivity.

Worldwide, high blood glucose kills around 3.4 million people annually, with 80% of these deaths occurring in low and middle-income countries, and WHO projects diabetes deaths will double between 2005 and 2030.

Having recently won the CE Mark – needed to sell medical devices in Europe – of approval for its latest SugarBEAT continuous glucose monitor.

The device consisting of a disposable patch that can be placed at different places on the body draws the tissue fluid from the skin by passing an imperceptible electric current through the skin.

Its connected SugarBEAT smartphone app provides glucose readings every five minutes for as as long as its worn.

Flow’s headset for depression and suicide

The rate of suicide in the US has reached its highest point since the end of the second world war, with significant increases seen among boys and men.

According to a report published in the June Health E-Stats, a publication of the US Centers for Disease Control and Prevention National Center (CDC) for Health Statistics, the male suicide rate was more than three times higher than the female rate.

Researchers from Harvard Medical School and Tel Aviv University took a closer look at a separate study regarding suicides among adolescents and young adults in the US report published last week (18 June) in the Journal of the American Medical Association.

According to the company, people diagnosed with depression often have lower neural activity in the left of the brain, which helps govern certain cognitive skills and emotional expression.

By rebalancing that activity, Flow aims to offer similar outcomes compared to typical antidepressant drugs, with fewer side effects.

Flow CEO and co-founder Daniel Mansson told NS Medical Devices: “We want to support the improvement of the current standard of care for people living with depression by increasing treatment choice and empowering patients to self-manage their symptoms at home with effective, non-pharmacological alternatives.

“Flow is unique in that it combines the brain stimulation headset treatment with a therapy app.

“This ensures that users engage in lifestyle changes in various important lifestyle pillars, including sleep, nutrition, exercise and meditation.

“Using the headset in conjunction with the therapy app allows users to learn about the condition, empower lifestyle change and help prevent it returning.”

Each year, one million men in the US undergo biopsies to determine whether they have prostate cancer.

The procedure traditionally has been guided by ultrasound imaging, but this method cannot clearly display the location of tumours in the prostate gland.

The most recent annual report from to the Nation on the Status of Cancer featuring cancer in men and women aged between 20 and 49 revealed men had an overall incidence rate of cancer that was around 1.2 times higher than that of women.

American Cancer Society reports men having a one in three chance of developing invasive cancer at some point during their lifetimes, with prostate cancer as the most common for men (one in nine chance).

Despite these statistics, the report did also conclude that the overall death rates decreased 1.8% per year in men since 1999.

Prostate cancer usually develops slowly, so there may be no signs for many years, meaning that early detection is difficult.

A technology called Theranostics, launched by GenesisCare, provides a personalised approach to treatment and diagnosis in late stage prostate cancer and neuroendocrine tumours including head and neck cancers.

The device combines two techniques in one: Diagnostic (imaging) and therapy, by using a radioactive tracer that is specific to receptors found on the surface of cancer cells.

Cirrhosis – a long-term chronic liver disease – is when a scar tissue replaces a healthy liver tissue, which stops it from working normally, and commonly caused by alcohol and viral hepatitis B and C.

Liver disease rates are steadily increasing over the years and has been ranked as the fifth most common cause of death according to National statistics in the UK.

CDC state men are more likely to drink excessively than women, and consistently have higher rates of alcohol-related deaths and injuries.

A new study by the British Liver Trust has revealed that liver disease is the biggest cause of death among 35 to 49-year-olds in the UK, ahead of suicide and heart disease.

The research analysed data of deaths in England and Wales and found that in 2017, 998 men and women aged between 35 and 49 died from liver disease, 10% of all deaths in this age group.

It also states liver disease is expected to overtake heart disease as the biggest cause of premature death in the next few years.

Furthermore, liver cancer has increased by almost two-thirds in the UK in the past decade, and it’s estimated that one in three people have early-stage non-alcohol-related fatty liver disease.

It’s likely that 20% of these will develop the more serious form which can lead to cirrhosis.

A new way of detecting liver disease before it can become fatal has been developed by a team of scientists at the University of Dundee, Scotland and NHS Tayside, called the Intelligent Liver Function test (iLFT) that led to a 43% increase in the diagnosis of liver disease.

Professor John Dillion, Consultant gastroenterologist and herpetologist, said: “Around 800 people die from liver disease every year in Scotland and the wards are full of liver failure in ways that they just weren’t two decades ago.

“Liver disease is a silent killer, it creeps up on you. So it is crucial that we find a way to detect it earlier and switch off this ticking time bomb.”

Since being launched in NHS Tayside in June last year, more than 2,500 patients have been tested, with 30% showing abnormal results.

Prof Dillion added: “We’ve been predicting that a liver failure epidemic has been coming but now we are seeing hard-evidence that it is already here.

“We hope that, with continued tests, people drinking too much or eating high-fructose sugars can make the lifestyle changes now that will reduce the number of those coming into hospital with fatal liver failure in the years to come.”

The results of the team’s work have been published in the Journal of Hepatology this month.

The iLFT tests have now been made standard practice across NHS Tayside and the Scottish Government’s Modern Outpatient Programme is considering the opportunities this might present, with work underway to determine whether there is potential to roll this out more widely across the country.