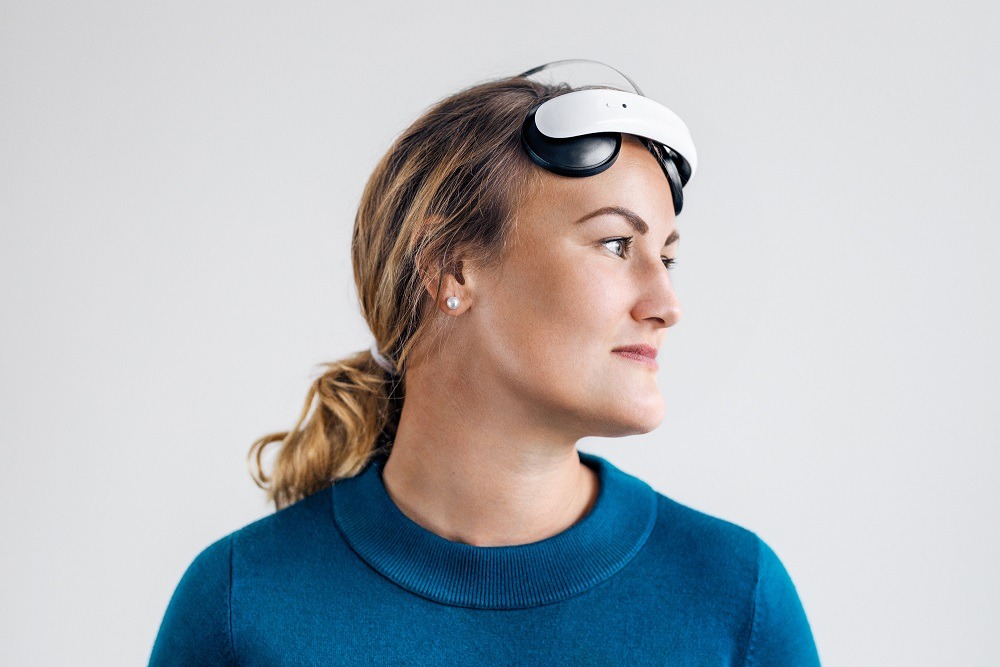 A medication-free treatment for people with depression in the UK has been launched, comprising a brain stimulation headset and therapy app.

The medical-grade device, developed by Swedish firm Flow Neuroscience, is claimed to be the first at-home treatment of its kind in Europe, and is being considered for prescription by the NHS.

Flow CEO and co-founder Daniel Mansson said: “We want to support the improvement of the current standard of care for people living with depression by increasing treatment choice and empowering patients to self-manage their symptoms at home with effective, non-pharmacological alternatives.”

“Flow is unique in that it combines the brain stimulation headset treatment with a therapy app .

“This ensures that users engage in lifestyle changes in various important lifestyle pillars, including sleep, nutrition, exercise and meditation.

“Using the headset in conjunction with the therapy app allows users to learn about the condition, empower lifestyle change and help prevent it returning.”

Founded in 2016, Flow was developed by Mr Mansson, a clinical psychologist by trade, and neuroscientist Erik Rehn, combining their respective fields with machine learning to create an interdisciplinary physical and behavioural treatment for depression.

How has the brain stimulation headset been designed to treat depression?

Patients diagnosed with major depressive disorder often have a lower neural activity in their left frontal lobe – the part of the brain controlling important cognitive skills.

The frontal lobes are also considered the emotional control centre and home to an individual’s personality.

This is the area to which, the Flow headset uses transcranial direct current stimulation (tDCS) to deliver direct low-energy current to stimulate neurons and help re-balance activity.

“The headset is designed to be as comfortable as possible. This reduces potential obstacles which improves the user experience.

“Another reason for using this design in combination with the pre-soaked sponges is safety.

“We make sure, together with some sophisticated augmented reality software, that the headset is positioned correctly on the user’s head.

“Previous devices in clinical settings used manual measurements. This made the procedure of positioning the device very time consuming.”

Clinical trials published in the New England Journal of Medicine and the British Journal of Psychiatry have demonstrated that brain stimulation of this nature has a similar impact to antidepressants, but with fewer and less severe side effects.

The brain stimulation delivered in the Flow headset is technically and clinically equivalent to devices used in these randomised controlled trials.

“I have seen first-hand the possibilities this technique has in providing a treatment for unipolar depression without the several adverse effects associated with pharmacological therapies.”

The former trial found 24% of patients using tDCS completely overcame their depression and 41% found at least half of their symptoms disappeared after six weeks.

The latter trial recorded these same statistics at 23% and 34%.

In Europe, Flow is listed as a Class II medical device by the British Standards Institute, intended for use as a treatment for depression that lasts for 30 minutes per session, with 18 sessions over six weeks.

Mr Mansson added: “Flow’s medical device certification means that the development and manufacturing of the headset device has been done according to the safety standards that have been set up by the EU to ensure users are not harmed during treatment.

“The certification also ensures that the evidence for its clinical claims of efficacy have been examined and approved.”