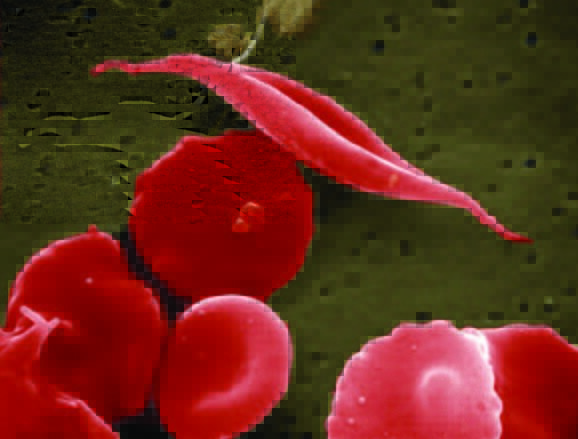 To mark World Sickle Cell Day, here we take a closer look at the new technology taking control over the genetic condition, created by researchers around the world attempting to combat the hemoglobin dysfunction that risks death for millions.

SCD results from an inherited disorder which leads to red blood cells developing abnormally, distorting their natural disc shape into an abnormal, “sickle” shape affecting the cell’s ability to carry oxygen and move around the body.

Common symptoms may include intense pain and severe anaemia, and can cause damage to major organs and infections, leading to life-threatening complications.

These pain episodes are unpredictable and patients never know when or where these episodes will take place.

The World Health Organization also reports that it’s particularly common among people whose ancestors come from Sub-Saharan Africa, South America, Cuba, Central America, Saudi Arabia and India, and affects around 72,000 people in the US.

We profile a range of treatments which are capable of transforming lives by detecting and monitoring patient’s red blood cells for better insights and SCD treatments.

Developed by Hemex Health, the HemeChip is based on technology licensed from Case Western Reserve University, the device is claimed to be the “first single-use microchip hemoglobin screening platform.”

It is a battery-powered technique known as cellulose acetate electrophoresis, used to identify a person’s varying types of hemoglobin – a protein that helps red blood cells transport oxygen throughout the body.

The device requires just a pinprick of blood, which is inserted into the machines using a disposable cartridge that separates hemoglobin variants on a piece of cellulose acetate paper.

The HemeChip works with a portable reader to produce easily understandable, objective, and quantitative descriptions of the hemoglobin types and percentages present in a blood sample in less than ten minutes.

It can also wirelessly transmit the test results to a phone or computer for later storage in the cloud.

The CRISPR-associated transposase (CAST) is a new gene editing technology created by researchers from Broad Institute and the McGovern Institute for Brain Research, both based at MIT, as well as Harvard University.

It can insert large DNA sequences into a genome – the complete set of genetic information in an organism.

They believe this precise insertion of DNA has the potential to treat a large swath of genetic diseases by integrating new DNA into the genome while disabling the disease-related sequence.

The system could hold potential for much more efficient gene insertion compared to previous technologies, according to the team.

To expand the gene-editing toolbox, the team turned to transposons, also known as jumping genes, which are DNA sequences with associated proteins that allow the DNA to be cut-and-pasted into other places.

The team aims to use this platform to introduce new genes to replace DNA that has mutated in a harmful way, as is the case with SCD.

Systems developed with CAST could potentially be used to integrate a healthy version of a gene into a cell’s genome, disabling or overriding the DNA causing problems.

To automate the identifying the shape of a red blood cell, a machine-learning tool – known as a deep convolutional neural network (CNN) – was developed by researchers at the Northeastern University in China.

Red blood cells in SCD patients have diverse shapes that reveal important biomechanical and characteristics such as their density, fragility and adhesive properties indicating how bad it’s progressing.

The problem in identifying these shapes under a microscope and grouping them into different types is too slow a process for manual work.

Therefore, the new framework consists of three stages to classify the shapes of red blood cells in microscopic images of blood.

First, it distinguishes red blood cells from the background of each image and from  another.

Then, for each cell detected, it zooms in or out until all cell images are a uniform size. Finally, it uses deep CNNs to categorise the cells by shape.

After this, it verifies what it’s found against 7,000 images of blood samples from eight SCD patients.

The researchers confirmed that the software is able to identify both oxygenated and deoxygenated red blood cells quickly and correctly.

Researchers also tested the performance and clinical tolerance of the Spectra Optia.

Results showed the Spectra Optia protocol to be safe and efficient in exchanging red blood cells, achieving the desired final red blood cell count, as only 5% and 17% of the sessions were characterised by a significant decrease in blood pressure and increase in heart rate.

This new technology has been developed to continuously monitor SCD in patients without the use of microscopic imaging or biochemical markers.

By using a microfluidics-based electrical impedance sensor, researchers from Florida Atlantic University’s College of Engineering and Computer Science were able to characterise the rate of process of cell sickling and the percentage of sickled cells.

These are important contributing factors of abnormal blood flow and sickle cell vaso-occlusion – acute episodes of severe pain common in in adolescents and adults diagnosed with SCD.

Dr Sarah Du, assistant professor in FAU’s department of ocean and mechanical engineering, said: “The combination of electrical impedance measurement and on-chip hypoxia control provides a promising method for rapid assessment of the dynamic processes of cell sickling and unsickling in patients with sickle cell disease.

“As we move our technology forward, it is our hope to provide patients with sickle cell disease with a portable, standalone sensor that will enable them to conveniently self-monitor the hematological parameters of their disease and evaluate their risk of vaso-occlusion.”

The developed electrical impedance sensor may be potentially used for assessing vaso-occlusion risk, disease severity and therapeutic treatment in SCD.