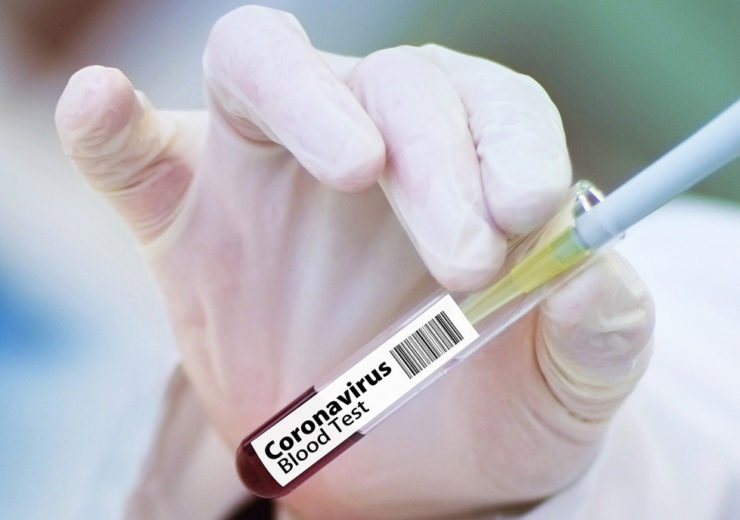 Hospitals are starting to make use of barcode technology to help them better manage their supplies and capital equipment. (Credit: Pixabay)

With the coronavirus crisis consuming available healthcare resources and prompting a call for multiple industries to join the challenge to build thousands of medical ventilators, the outbreak highlights the benefits of greater use of structured data across the NHS. We look at how medical devices can be more accurately identified to optimise patient safety in the UK and beyond.

NHS medical device suppliers have been told to prepare product data to comply with procurement contract standards introduced by the 2014 NHS e-procurement strategy.

Despite challenges around new IT systems introduced to the health service, the policy is still intact. In fact, the latest initiative from the Department of Health and Social Care, NHSX, takes the digital transformation to a new level, promising “a new joint organisation for digital, data and technology” for the NHS.

The NHS e-procurement strategy directs trusts to ensure that the medical devices they purchase are barcoded and their relevant product data is collected in a central database.

Most people are familiar with barcodes in the supermarket, and they also appear on medicine packets, but, surprisingly to many, they are only starting to appear on medical devices.

Barcode numbers are individual to each product from each manufacturer and often also contain additional information, such as the batch number or expiry date. They are especially useful for managing the stock level of individual items, whether that is baked beans or syringes.

Putting aside the odd problem at the self-service checkout, they are a powerful aid to helping retailers know exactly what they have in stock, planning future demand and knowing when extra supplies need to be ordered or when to cut back.

The use of barcodes on products is particularly helpful when you need to locate a batch that needs to be returned to the manufacturer or has exceeded its expiry date. For instance, supermarkets use barcodes to instantly identify and remove specific packs of food that have been identified by the manufacturer as having a safety issue.

Hospitals are also starting to make use of this technology to help them better manage their supplies and capital equipment.

Examples of how barcodes can bring dramatic healthcare benefits include the use of barcoded wristbands to improve the identification of patients, enabling the reduction of errors in their care. For instance, the medical implants used to treat a patient can be scanned before an operation and linked to a specific patient, making them easier to monitor after the operation.

But barcodes are not so useful when you need to compare similar devices made by several manufacturers; invariably, the codes they use will be different, because the barcode relates just to the specific product from one specific manufacturer.

The need for a standardised system for naming and grouping medical devices has led to the creation of the Global Medical Device Nomenclature (GMDN) international categorisation of medical devices by those responsible for medical device safety.

This categorisation system is important for several reasons, ranging from improving hospital efficiency and patient protection, to helping long-term medical studies find out what devices are most effective.

For instance, at a basic level, a hospital may well want to know how many 50ml syringes or bedside scanners it has. The GMDN enables them to quickly answer this as it helps hospitals measure and control inventories where they have similar devices by different manufacturers.

The GMDN can also be used to improve efficiency. It allows easy comparison when an improved or more cost-effective device comes on the market while older versions are still in use – whether it’s beds, operating tables, syringe pumps or ventilators. Another example of how the GMDN is used is in long-term medical studies, which often need to compare the use of similar medical devices from a range of providers. The GMDN groups medical devices that have the same use, which is also vital when it is discovered that the problem with a medical device is not limited to one manufacturer but may also be shared by other products that use the same technology or materials.

A good example of this is metal-on-metal hip joints, which were found to cause problems and were produced by several different manufacturers. The GMDN would enable this systematic problem to be identified early, whereas the barcode is only useful for identifying an issue with a specific device from one manufacturer.

The GMDN can be used to identify all the different products in the market that might have the same problem, so hospitals can quickly be alerted to remove the faulty products, thereby reducing risks to patients.

The key to the success of using the barcode and the related product information, including the GMDN, is that the database lists all the products to form a catalogue. This is used to retrieve data when the barcode is scanned.

A central catalogue of products is being created for the NHS, primarily using the existing GS1 data pool network, which borrows its specifications from the requirements used by the US FDA in its UDI Rule. The US FDA has been collecting product data from manufacturers as part of a continuous programme to ensure it has a complete list of medical devices on the US market.

The programme started in 2014 with higher-risk devices, and is being phased in to include all devices by 2022. It has been a considerable challenge for manufacturers to consolidate the large amounts of data necessary to identify all the devices on the US FDA database system, called GUDID.

The NHS catalogue is being built as part of new contractual arrangements between trusts and suppliers. The new NHS pre-acquisition questionnaire (PAQ Form) is already being seen, which may also form part of a new contract. The PAQ Form uses the GMDN code to identify the general description of the medical device.

It is taking some time to get trusts to implement the new catalogue and barcoding systems into general use. Soon, new regulation will reinforce the work started by the NHS across several demonstrator sites.

The planned introduction of the new European regulations for medical devices (MDR/IVDR) will mandate the barcoding and collection of data elements, including the use of the GMDN. The data will be included in the central European database, called EUDAMED. The new regulations are planned to be introduced in 2020, and deadlines for providing data for different risk groups of products are planned until 2027.

But what about Brexit – what happens if the UK leaves the single market?

How could Brexit impact on the registration process?

In its latest guidance on a no-deal Brexit, the UK regulator (MHRA) is planning “the expansion of the MHRA’s registration system to all classes of medical device”. The MHRA is fully committed to using the GMDN following its recent introduction, in early 2018, of requiring the GMDN code for all registrations for low-risk devices. The most recent evidence has been the publication of the draft regulation ‘The Medical Devices (amendment etc.) (EU exit) Regulations 2019’, which borrows heavily from the EU regulations.

So, there will be no getting away from the need to organise and provide large amounts of product information, and manufacturers unfamiliar with the requirements should get a hold of the new European regulation and see what is needed. This may require bringing together product data from different parts of an organisation and assembling it in a new database.

The GMDN Agency is a charity that works closely with manufacturers to make sure the GMDN represents all medical device products on the market, as well as keeping it up to date with the latest innovations. It provides the GMDN to hospitals and helps them improve their barcode systems for managing the products they use – thereby supporting patient safety.

Each hospital uses thousands of different medical devices daily to treat patients. Trying to keep track of all these items is difficult even when their names are clear and succinct. But often names are far from clear, with many manufacturers using widely different terminology for the same type of device.

For example, a carotid artery stent, used to treat the narrowing of arteries and thereby decrease the risk of strokes, is named by three different manufacturers as a ‘closed cell self-expanding stent’, ‘carotid stent system’ and ‘nitinol stent system’.

These devices are medically the same yet sound completely different to anyone other than a specialist. Imagine this problem across each of the complex products a hospital needs to treat patients in a modern health system.

On top of the sheer amount of extra time and effort needed for sourcing the right devices and comparing alternatives, such confusion creates further complications that may lead to wrong devices being ordered and better alternatives overlooked.

The GMDN standardises the name by providing an official term for each medical device on the market.

This also includes a five-digit code and a full definition, to further clarify important differences and similarities between products.

A simple example of this is a scalpel, which can be either single or multiple use. Anyone seeking a single-use scalpel can go to suppliers and request items with the GMDN number 47569 to confidently ensure they have the right item, regardless of how it is described by the manufacturer or distributor. For other types of scalpel there are different codes to avoid any confusion.

The GMDN system, and online database, provide device manufacturers and hospital staff with the information they need to determine the standard name for each device, so every item of stock within a hospital’s vast inventory can be clearly identified and organised using the GMDN, efficiently and accurately.

The global importance of the GMDN is obvious when you consider that the database is translated into over 25 languages. In many countries, the GMDN is required by the national regulator, and therefore it is growing in popularity with manufacturers and healthcare providers.

This supports communication between hospitals and international suppliers, and helps reduce the dangerous misuse of medical equipment due to misidentification. It is also intended that regulators use the new larger data sets to quickly identify the signals that would single out problem devices, such as those that might be counterfeit or substandard, and remove them from the market before they do any harm.

Hospitals worldwide now benefit from the GMDN’s consistent naming – useful when your phrase book does not stretch to ‘carotid artery stent’.

Agency for change: What is the GMDN?

The GMDN Agency is a non-profit organisation responsible for the ongoing maintenance of the GMDN, a system of internationally agreed descriptors used to identify medical device products that will meet a global need for identification purposes. It is a registered UK charity, subject to an independent audit each year and regulated by the UK Charities Commission. The Agency’s objectives are to preserve and protect health and to relieve sickness for the public benefit by developing and maintaining the GMDN.
Source: Global Medical Device Nomenclature Agency.

This article originally appeared in the 2019 Vol 1 edition of Medical Device Developments. The full issue can be viewed here.