How a no-deal Brexit could impact the medical devices sector 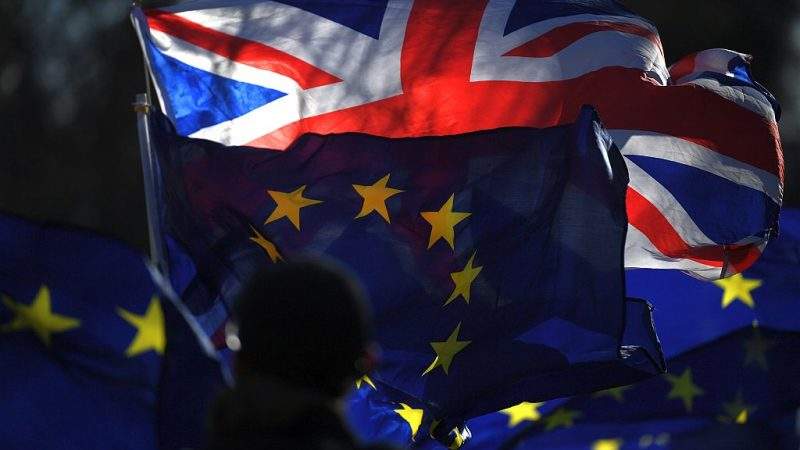 From delays in accessing life-saving medicines to diminished medical research, the impact a no-deal Brexit could have on the medical devices sector is potentially profound.

As the likelihood of Britain leaving the European Union on 29 March without negotiating a deal grows nearer, it could pose significant challenges on the regulation of healthcare and pharmaceuticals technology.

Fears of a no-deal Brexit have increased since Prime Minister Theresa May’s proposed deal was rejected in the House of Commons last week in the biggest defeat for a leader in modern British history.

With that in mind, we look at what could happen next.

Currently leading as the third largest medical device market in Europe behind Germany and France – and the sixth largest in the world – the UK has a key role in the development, manufacture and supply of medicines in the EU.

Industry figures show that more than 2,600 drugs are created in Britain for at least some part.

Each month, 45 million patient packs are supplied from the UK to other European countries, while another 37 million flow in the opposite direction.

The British Medical Association (BMA) credits part of UK’s reputation and strength to being a member of the EU, “as approval of medical devices in the UK automatically extends to approval to the rest of the EU for products granted a CE mark”.

The CE mark is the abbreviation of French phrase “Conformité Européene”, which translates as “European Conformity”.

Its appearance on a product is a declaration by the manufacturer that it complies with EU requirements regarding health, safety and environmental protection legislation.

However, a no-deal Brexit would result the UK to leave the EU with no agreements in place, thus destabilising the future trade relationship.

Despite the UK’s Medicines and Healthcare Products Regulatory Agency (MHRA) confirming it will continue recognising CE-marked products for use in the country for a limited time initially, the BMA is concerned Britain may not receive similar assurances from the EU in a no-deal Brexit scenario.

It states: “Establishing a separate system for accreditation of medical devices in the UK – diverging from the CE marking scheme – would increase the burden on device manufacturers through the need to satisfy different safety, health and environmental protection requirements.”

The UK has one of most productive health and life sciences industries in the world.

Health and life sciences are worth more than £70bn to the economy and provide jobs for almost 241,000 people – but could seriously suffer immediately after 29 March in the event of a no-deal Brexit.

This is the view of the BMA, which expressed the risks this scenario could have for key areas of medical research in the UK, including the workforce, funding collaboration, clinical trials and access to EU research collaboration programmes.

Damon Culbert, a political commentator from immigration law firm Immigration Advice Service, says: “To leave the single market as well as the European scientific community as a whole will negatively affect the country’s ability to innovate.

“Without access to shared databases or the ability to quickly transfer highly-skilled professionals between the UK and the EU, our country will be losing out on the advances being made elsewhere.”

Since the outcome of the EU referendum, there is an ongoing concern that a no-deal Brexit could have a much wider impact on the healthcare industry by restricting the availability of medicines in the UK.

Health Secretary Matt Hancock provided guidance to medicine suppliers to help prepare for this crisis. He suggested collecting six weeks of stockpiles and said the government was also working to make sure there’s a plan.

“The government recognises the vital importance of medicines and medical products, and is working to ensure that there is sufficient roll-on, roll-off freight capacity to enable these vital products to continue to move freely in to the UK,” Mr Hancock said.

Contrary to the government advice, The Guardian reported growing evidence that some patients were stockpiling medication drugs.

Pharmaceutical companies are “doing everything in their power” to minimise disruption to the supply of medicines, according to Mrs May.

The Royal College of Physicians (RCP), which represents tens of thousands of doctors, urged the government to be more “transparent about national stockpiles, particularly for things that are already in short supply or need refrigeration, such as insulin”.

The BMA also wants the government and industry to reassure patients by saying they will continue to have access to vital medical supplies even if a no-deal Brexit happens.

Novo Nordisk, a healthcare company that specialises in diabetes care, has been making emergency preparations to double insulin supplies.

The firm said it will increase supplies to 18 weeks’ worth for UK patients with diabetes.