The Secretary of State for Health and Social Care Matt Hancock opened the the conference at the Wearable Technology Show, explaining his plans for the NHSX, a new unit which will oversee digital transformation of the healthcare system. 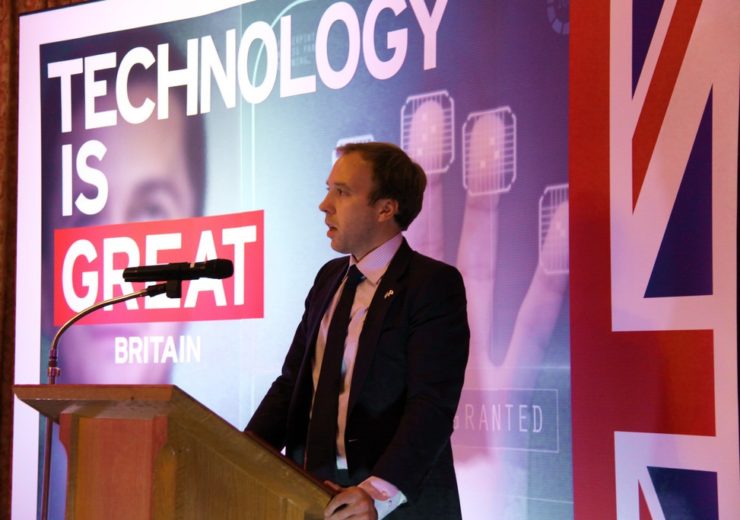 In a bid to create the “world’s best healthtechs”, Matt Hancock is combining the two distinct cultures in the health and technology industries in order to create NHSX.

Speaking at the Wearable Technology Show in London on 13 March, he explained how collaborations between the two sectors have helped develop innovative technology for patients and staff.

The Secretary of State for Health Social Care said: “One of my priorities in this job is to bring those two worlds closer together. Because when we do, we know and we’ve seen great things happen for patients and for staff.

“So that is why ultimately I care about this agenda, because better tech means better health and care.”

Mr Hancock acknowledged the current system makes the process difficult for healthtech innovators trialling their promising products in numerous pilots, which later are not distributed enough by healthcare organisations.

Meanwhile, the “giant incumbents plough on with their multi-year contracts.”

Building on the observations, he also addressed the excessive amounts of money funding old machines failing to communicate efficiently and can no longer be enhanced.

He said: “Too much of our data infrastructure is not good enough and the end result is that too many great developers simply say that they’ll never write code for the NHS.

Determined to make it happen, the new digital unit in government NHSX was launched last month and will work alongside NHS Digital.

What does the NHSX stand for?

During his keynote speech, Matt Hancock explained the two main reasons for the set-up of NHSX and the X stands for user experience.

He said: “NHSX will bring together our tech leadership into one decision-making point, but it’s not just about the organogram.

“The other reason is I want to bring the culture, the openness, the productivity, the speed of the iteration of the internet to the way we deliver tech in health and care.”

The main responsibilities of the new unit include developing and authorising clear standards for the use of technology in the NHS, as well as setting national strategy and mandating cyber security standards.

How will the agendas of the NHSX be achieved?

Mr Hancock says a standard-led approach is what’s needed for local NHS organisations to start purchasing and developing solutions according to their requirements, whilst simultaneously following an extensive list of cyber security standards.

He explained: “We’re going to rigorously enforce these standards at the point of purchase, but we’ll prescribe the bare minimum so long as they meet the standard.

“We don’t want to micromanage each interaction between suppliers and NHS customers, that would be unwise and it will be totally impractical.

“We’ll state a minimum level of standards consistent with ensuring system-wide quality and let NHS teams buy whatever they want from whomever they want within those standards.

Mr Hancock stated the second guiding principle is putting the needs of NHSX users at the heart of everything.

He added: “This isn’t just a formal consultation, it’s an ongoing collaboration to make the standards as good as they can be.”

NHSX to bridge the gap between healthcare and technology

Aiming to make UK the most advanced health and care service in the world, the ultimate goals is to free up staff time and empower patients to take greater control of their own healthcare.

Mr Hancock said: “I want the NHSX to be the bridge between the worlds of healthcare and technology.

“I’ve said I want the UK to be the best place in the world to start and grow a healthtech business. I want to spread your innovations faster and help others to develop systems – that support users -that support clinicians and staff and patients.

“All with the goal of freeing up time so we can care for our citizens better. I want our citizens to be able to be capable of continuous upgrades as new tech develops. Let’s bridge those two cultures, let’s distribute the future.”

“You are integral to distributing that future across the NHS to save lives, it is a great mission and it’s brilliant to be involved with you on making it happen.”