Medical device failures can have adverse consequences for healthcare professionals, as well as patients, in certain cases 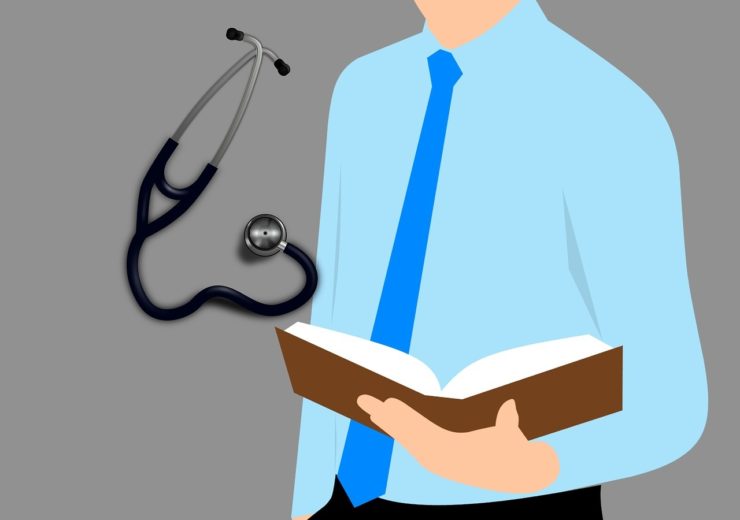 Medical device failures and malfunctions invariably harm people’s wellbeing due to the fact they are often deployed on the frontline of patient care and in users’ homes.

When failures occur, the company selling the device will often have to step in and publicly recall all affected copies — or at the very least issue advice to customers on the problem.

These recalls are then recorded, classified, and published online by the US Food and Drug Administration (FDA).

The FDA has three levels of classification for recalls — the most serious and urgent of which is Class I, whereby the product in question poses a significant and immediate danger of death or serious injury.

The key aim behind a Class I recall is to remove the device from the commercial market, as well as removing any copies already in hospitals or users’ homes, as quickly as possible.

We take a look at seven medical devices that have been hit with Class I FDA recalls in the past few years.

In July 2019, US pharma and medical device giant Allergan urgently recalled a number of its Natrelle BIOCELL textured breast implants.

These products are commonly used in breast augmentation surgery, and in breast reconstruction procedures to replace tissue removed due to cancer or trauma.

FDA analysis showed the implant products led to an increased risk of anaplastic large cell lymphoma (BIA-ALCL) — a cancer of the immune system — having first reported a possible link between the two in 2011.

Allergan’s Natrelle BIOCELL products were shown to be six times more likely to cause BIA-ALCL in comparison to other textured implants on the market.

The FDA ruled that continued distribution of the textured breast implants would likely cause serious, adverse health consequences, and potentially death. As such, Allergan was forced to recall 246,381 of these devices.

Despite asking for all unused products to be returned, the FDA advised that users with no symptoms should not get their breast implants removed due to the relatively low risk of developing BIA-ALCL.

Medtronic’s MiniMed insulin pump is used by people with diabetes to self-administer insulin in order to manage the condition.

In August 2018, the US medical device company was forced to issue a recall of more than 1,000 of these devices due to a potential cyber security risk in which hackers could gain control of the pump’s remote control.

An unauthorised person could then instruct the pump to either over-deliver insulin to a patient, leading to low blood sugar (hypoglycemia), or stop insulin delivery, leading to high blood sugar, diabetic ketoacidosis, and even death — according to the FDA.

However, as of March 2020, the FDA has also said it is not aware of any reports of patients being harmed due to this potential cyber security breach.

Because the remote controller is an optional, additional feature, Medtronic only told customers to stop using this component of the device, rather than recalling all copies of the insulin pump.

In March 2019, the firm informed users of an issue affecting 11,000 of these devices in the US after reports that fluids leaking into its AC power outlet could result in an electrical short circuit, and cause the device to either stop working or catch fire.

The FDA said this created the risk of serious injury to patients and healthcare professionals alike — including electrical shock, burns, cardiac arrest, or death.

The regulator added that the risk of fire increases in oxygen-enriched environments, such as operating rooms and intensive care units.

Following the recall, Edwards LifeSciences circulated “urgent medical device safety notification” letters informing customers of the problem, and advising them to keep fluids and fluid bags away from the AC power connector.

Along with the letters, it sent out updated labels and provided a protective cover for each device to decrease the risk of potential malfunctions.

In April 2017 Zimmer Biomet had to recall 33 implantable spinal fusion stimulators — a device inserted into a patient’s back during spinal fusion surgery to increase the possibility of permanently connecting two or more bones.

During its “routine monitoring procedure”, the US company found that two different spinal fusion products contained high levels of potentially harmful chemicals that may be toxic to surrounding tissues and organs in a patient’s body.

Zimmer Biomet sent an urgent medical device removal notification to all its affected customers, advising them to quarantine the products in question until the company could send a sales representative to remove them from the hospital.

The American portable defibrillation company was forced to issue a recall for 139 copies of the device in January 2017.

This came after it was discovered that electrical problems with the device may prevent it delivering the charged shock needed to revive a patient in cardiac arrest.

The FDA said a delay in delivering the shock could result in permanent organ damage, brain injury, or death.

In response, Physio-Control told its customers to perform a “user test” every day – and to contact the company immediately if the device failed this test, to arrange for the device to be repaired.

The FLOW-i anaesthesia delivery system administers anaesthetic while also providing ventilation to patients with little or no ability to breathe — from newborns to morbidly obese adults.

In April 2015 Maquet— the Swedish healthcare company that manufactures the device — was forced to recall 69 of these systems in the US after receiving 10 foreign reports of them malfunctioning.

In these incidents, patient cassettes, which are the centre of the gas flow in the system, came loose, causing anesthesia gas to leak from the device.

This stopped the ventilator providing breathing support if it was not corrected immediately. Despite this risk, the FDA said in 2015 that no deaths or injuries caused by this malfunction had been reported.

Maquet sent an “urgent medical device field correction notice” to all at-risk customers to make them aware of the issue.

In January 2016 US medical device company Verathon recalled more than 7,700 of its GlideScope titanium single-use laryngoscope devices for viewing and videoing the vocal cords.

Verathon recalled the device after reports of potential disruption to the video feed being picked up by the laryngoscope camera.

A disrupted or unstable video image could lead to delayed tracheal tube insertion, intubation failure and other serious adverse health consequences, including low levels of oxygen in the blood (hypoxemia), end organ damage, or death — according to the FDA.

Verathon advised customers to either return any affected products along with the recall response form, or destroy them, and provide evidence of this destruction.