Having already been approved for use in the US, Canada, Israel and EU, Moderna's mRNA-1273 Covid-19 vaccine was recently cleared by the UK MHRA too 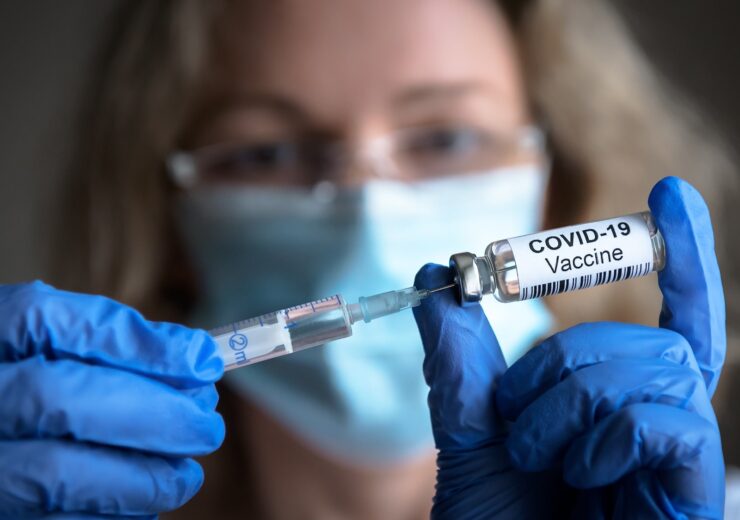 In the past few days, US biotech firm Moderna’s Covid-19 vaccine candidate – mRNA-1273 – has gained clearance from the European Commission for use across the EU, and from the MHRA for use in the UK.

While this is not the first coronavirus vaccine approved in either of these places, it is nevertheless seen as another critical step in reducing the virus’ prevalence across Europe – with several countries currently seeing a notable rise in cases and deaths.

And, just as Pfizer and BioNTech garnered a great deal of attention after introducing the world’s first coronavirus vaccine in December 2020, Moderna is now likely to be one of the most talked-about companies on the planet over the next few weeks.

We take a look at what Moderna does, its vaccine candidate, and how the American firm gained regulatory approval for mRNA-1273 in multiple major territories.

When the urgent need for a coronavirus vaccine was established in early-2020, several giants of the global pharmaceutical industry including Pfizer and Johnson & Johnson (J&J) in the US, AstraZeneca in the UK and Sinovac in China – along with many others – entered into a race to be one of the first, if not the first, to develop an effective candidate.

At that point, few would’ve been able to predict that a relatively small biotech company would not only keep pace with those frontrunners, but would still be so heavily involved several months later when the first vaccines were being rolled out.

Moderna has, however, done exactly that. And, this is in spite of it being a comparatively young firm, having only been founded in September 2010.

Of course, the company – which is based in Cambridge, Massachusetts – does have plenty of relevant expertise in the field, mainly focusing on drug discovery and development, and vaccine technologies, throughout its 10 year-long existence.

The vast majority of its work is based around its mRNA platform, which leverages the fundamental role mRNA (messenger ribonucleic acid) plays in protein synthesis to pursue medicines for a broad spectrum of diseases.

Currently, Moderna’s pipeline of products contains mRNA-based, prophylactic vaccines against the Zika virus, cytomegalovirus – a relative of the herpes virus – and Influenza H7N9 – which is more commonly known as avian flu.

It is also working on therapeutics for heart failure and multiple autoimmune disorders, as well as vaccines and other intratumoral immuno-oncology efforts to treat certain cancers.

But, despite this glut of potential, the biotech firm was yet to gain regulatory approval to bring a drug product to the commercial market until its Covid-19 vaccine breakthrough at the end of 2020.

The Moderna vaccine uses synthetic mRNA containing genetic information about the spike proteins on SARS-CoV-2 – the virus that causes Covid-19 – which, when injected into the body, triggers the production of antibodies and an immune response against the novel coronavirus.

And, in early-February – with funding having been provided by CEPI (Coalition for Epidemic Preparedness Innovations) – the American biotech company announced manufacturing of the first doses of mRNA-1273 was complete.

Things continued to move quickly for Moderna’s vaccine candidate from there, with the FDA beginning to fast-track it through the ordinary regulatory frameworks. The first participant in a Phase 1 clinical trial was dosed with mRNA-1273 on 16 March last year.

Following the announcement of positive data from this trial, the candidate quickly moved through Phase 2 and Phase 3 clinical studies in the second half of 2020 – receiving a significant boost along the way, in the shape of a $483m grant from BARDA (Biomedical Advanced Research and Development Authority) to enable large-scale production of the vaccine.

In mid-November, mRNA-1273 met its primary endpoints in the first interim analysis of Phase 3 trials, with Moderna claiming the vaccine had an efficacy of 94.5%.

After demonstrating it was both safe and effective in a clinical setting – and having already announced a supply agreement with the US government for an initial 100 million doses of mRNA-1273 in August – Moderna wasted little time in pushing for regulatory approval from the FDA.

A little over a month later, on 21 December, the company received an emergency use authorisation (EUA) for its Covid-19 vaccine candidate from the US regulator, approving its use in patients aged 18 years and older.

Then, on 23 December, the Canadian regulatory body Health Canada approved mRNA-1273, before Israel’s Ministry of Health (MOH) became the third territory to give Moderna’s vaccine clearance in early-January of 2021.

Having already reached an agreement with the company for 80 million doses in November – and with an option to increase this to a total of 160 million, which has now also been exercised – the European Commission then approved the vaccine’s use across the EU, granting it a conditional marketing authorisation (CMA) on 6 January.

And, most recently, mRNA-1273 became the third Covid-19 vaccine to receive clearance from the UK MHRA, following in the footsteps of the candidate jointly developed by Pfizer and BioNTech – which is also mRNA-based – and AstraZeneca and the University of Oxford’s adenovirus-based vaccine.

These two jabs are currently being given to patients across the UK, with an estimated 1.5 million people already vaccinated.

However, while the UK government announced on 8 January it would purchase an additional 10 million doses of the Moderna vaccine, bringing its total commitment to 17 million doses, these orders will only start being delivered to the UK from Spring – giving Moderna time to expand its production capabilities in Europe.

In the past week, Moderna has also stated it is seeking regulatory approval for mRNA-1273 in a number of other countries, with the vaccine currently under review in Singapore and Switzerland.