Injection moulding has many applications in the medical sector, and is a popular and versatile process for manufacturing a variety of plastic products 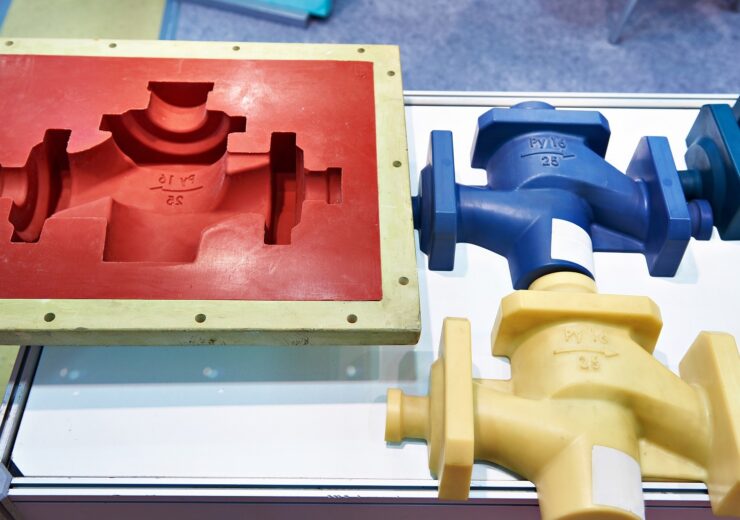 Plastics are the most commonly-used material when making items with injection moulding (Credit: Sergey Ryzhov/Shutterstock)

Injection moulding is a manufacturing process that allows for the creation of complex components at high volumes with a tremendous level of consistency and accuracy.

It is the most common method for mass producing identical plastic parts, everything from everyday items, such as phone cases, water bottles and containers, to multifaceted components for healthcare and medical applications.

The first injection moulding machine was patented by US engineer John Wesley Hyatt and his brother Isaiah in 1872.

It functioned rather like a large hypodermic needle, employing a plunger to inject plastic through a heated cylinder into a mould – but the Hyatt brothers’ machine was relatively simple compared to those in use today.

The industry has also developed over time, experiencing an upsurge during the Second World War when there was a huge demand for inexpensive, mass-produced products.

Since then, the process has become quicker and more precise, and has even allowed for the mixing of materials – including recycled and coloured plastics – before injection.

What is injection moulding?

The process produces parts by injecting molten material into a mould and it can be performed with lots of different materials – metals, glass, elastomers, and thermosetting and thermoplastic polymers.

It is the most popular and versatile process for manufacturing plastic products of various shapes, sizes and dimensions.

Products range from everyday consumables like plastic containers and toys to industrial products, such as plastic electronics and mechanical parts for the automotive and aerospace industries – and even whole door panels.

Injection moulding offers flexibility in shape, weight and size, and as a result provides an alternative to many traditional methods and materials, widening the boundaries of design in plastics.

“Injection moulding is one of the most widely used mass manufacturing technologies in industry, not only in the medical devices sector but also in the aerospace and automotive industries,” explains Michael Gilchrist, professor and chair of mechanical engineering at University College Dublin.

“Injection moulding is ideally suited for producing high volumes of components with high precision and accuracy, and it used to produce parts that are metallic or polymeric.”

Parts of the process

An injection machine consists of three primary components – the feed hopper, the screw and the heated barrel.

Pellets are fed into a hopper, which delivers the resin to the plasticising screw.

The screw rotates and feeds pellets into its channels. The polymer is heated, mixed, compressed and melted, and – when enough material has accumulated in front of the injection nozzle – the screw stops.

The molten polymer is then injected into the mould – usually steel or aluminium that has been precision-machined to form the features of the desired part.

As the material solidifies, it shrinks, so more material is pushed into the mould and, once set, the mould cavity is isolated from the melt delivery system.

The pressure gradually decreases in the cavity as the temperature of the material decreases. When it reaches a safe level, the mould is opened and the part is ejected without damage, and the mould is closed again for the next shot.

“The process works by taking granules of material or powder and subjecting it to heat and pressure to convert it into the liquid or molten state, and then forcing the material into a cavity, and holding it there for a few seconds until the material cools and solidifies,” says Gilchrist, who also holds a visiting professorship at the University of Ottawa, Canada.

“Typically, it only takes a matter of seconds to manufacture a single component.”

Silicone – a liquid raw material that offers advantages in processing – is the primary material used in medical devices.

The silicone used is of the highest purity, and is biocompatible to ISO 10993, UPS Class VI and European Pharmacopeia 3.2.9. Furthermore, the material can withstand common sterilisation methods, such as steam, radiation and ethylene oxide (EtO).

Since the silicone is a liquid, liquid injection moulding (LIM) is most commonly used.

Known as 2C LSR or two-shot multicomponent injection moulding, it is ideal for manufacturing complex components with two or three individual materials with lots of detail or hygienic designs.

A single component is much more robust and lighter than lots of single parts being joined together, and producing parts in this way eliminates the risk and costs associated with secondary assembly.

“Companies like Becton Dickinson and Medtronic use injection moulding to manufacture very large volumes of medical device components in quantities that would typically be in the tens or hundreds of millions per annum,” Gilchrist says.

“While the capital equipment costs are expensive, when you can produce such a large volume so quickly with very repeatable precision and accuracy, it is the only mass manufacturing process that makes commercial sense.”

Specific devices manufactured in this way include insulin injector pens for diabetes and catheter tips.

Micro-moulding, or micro injection moulding, takes the process even smaller. It is a highly specialised manufacturing process that produces high-precision thermoplastic parts and processes with micron tolerances.

It can produce small parts repeatedly, with the same precision, and allows for complicated geometries and a high surface quality.

“Micro injection moulding refers to components that are manufactured using the injection-moulding process, but where the physical dimensions of the part being manufactured are particularly small,” explains Gilchrist.

“Typically, a number of the dimensions would be less than 1mm, or they are submillimetre – in other words, within the micron scale.”

The process is an important replication method used to precisely transfer patterns from a mould that contains millimetre to submicrometre scale features on to polymer parts.

This is achieved by manipulating low viscosity and high-temperature polymer melts through an injection screw or plunger system.

It is particularly useful for creating micro components or polymer parts with micro and nanoscale features, such as microfluidic devices, microneedles and micro gears.

Again, the mould is created with a cavity in the shape of the part required, and a thermoplastic or resin is rapidly injected into the cavity, creating the part at high speed.

Two-shot micro-moulding offers the ability to mould two different materials on the same part at the same time. It allows two different thermoplastic resins to be shot in sync, so only one mould cycle is needed.

It can often impart valuable cosmetic and functional properties as well as reduce labour and make the part more robust.

Micro injection moulding can be used to manufacture components that measure centimetres, but that have micron-scale features on one particular surface, Gilchrist says.

“A good example of such a component would be a microfluidics chip that is used for medical diagnostics applications,” he adds.

“The chip itself can measure centimetres, but one extremely flat surface will have precise channels, pillars and reservoir features that are all submillimetre in scale.”

Micro-injection of plastics, it has been noted, is currently the technology with the greatest future potential for the manufacture of plastic components weighing less than 1g and with tolerances in the range of 10–100μm.

“The main benefit of this process to the medical devices industry is that it can rapidly manufacture extremely large quantities of ultra-precision components at competitive prices,” explains Gilchrist.

It is particularly useful in the medical device industry for creating components like microfluidic devices.

And, as the miniaturisation of products become more popular, the need for micro-moulded components will increase, and the technique will become increasingly widespread.

This article originally appeared in 2020 Vol 1 of Medical Device Developments, which can be viewed online here.