Temperature control hit peak importance with the rollout of Covid-19 vaccines, but keeping an eye on temperature excursions has always been necessary to ensure the effectiveness and prevent harm from devices and drugs. Combination products like drug-eluting implants, catheters with antibacterial coatings and insulin pens are tightly regulated for this reason. Peter Littlejohns asks Richard Peck, director of RP Pharma Consulting and former global head of the process-controlled transportation centre of excellence at AstraZeneca, what have been the major improvements to his sector throughout his career so far and whether he believes there will be lasting developments in temperature control technology and practice driven by the experience of transporting vaccines. 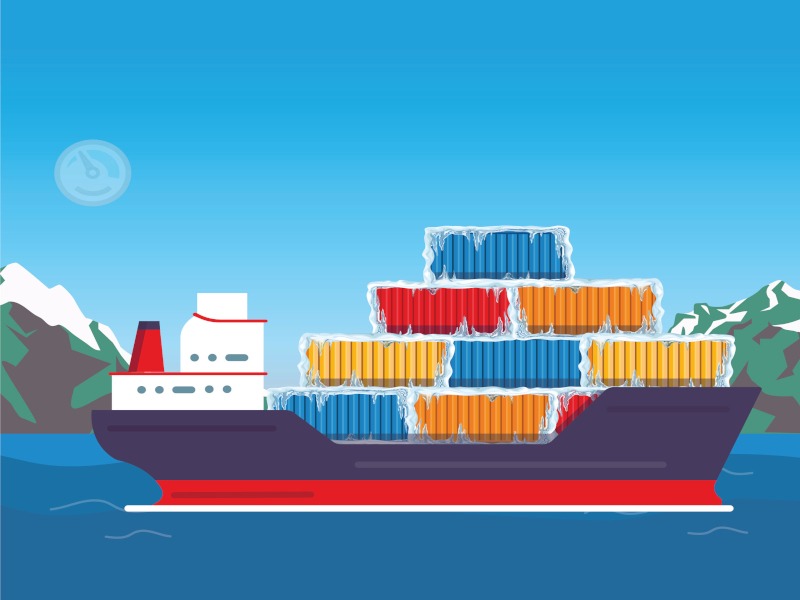 When we think about medical products, we’re much more likely to imagine patients in hospital beds and doctors in white coats than refrigerators on boats or planes. But this temperature-controlled transportation process, commonly referred to as the cold chain, is the very reason doctors have a viable drug or combination product that’s able to change lives. Richard Peck, director of RP Pharma Consulting and former global head of the process-controlled transportation centre of excellence at AstraZeneca, says it’s making this sort of difference that keeps him passionate about the sector. “There was a product for rheumatoid arthritis I remember seeing a video on, and it was incredible to see the difference that product had on somebody’s life, from barely being able to move and being in absolute agony, to almost running around the hospital room,” he recalls. “That really resonated with what we’re trying to do within the industry.”

A veteran in temperature-controlled logistics, Peck’s career in the sector included stints at Pfizer and AstraZeneca. Over the years he’s seen some major shifts in the way things are done, the first of which was the method of transportation itself. “When I first started, cold chain was all air freight,” says Peck. “In more recent years, where it’s been feasible and possible, ocean freight has been used,” says Peck. With ocean freight, a refrigerated container is used that’s powered and continually cooling for the entire journey. Despite the often long time frames between setting sail and the arrival of products, “It’s much more cost effective and sustainable than using air freight”, Peck adds, which is why there’s an ongoing shift from one method to the other. One forecast from PharmaLogisticsIQ predicts that 75% of pharmaceutical payloads will be transported via ocean freight by 2028, up from 20% in 2018 when it made the call.

Whether it’s feasible and possible to use ocean freight depends on two major factors – how time sensitive a delivery is and whether the container technology used by the company shipping the product is up to the task. It’s this latter area of cold chain logistics that Peck says has seen significant development. “When I started out, if you wanted true temperature control between 2–8°C, it was active containers and pallet-sized shipments,” he says. Active containers have electrically-controlled cooling and heating systems or cooling with dry ice, while passive containers are insulated boxes or containers with no active temperature control. “If you were shipping less than pallet size and the product was a little more robust, then you would look at passive containers,” Peck adds.

A typical passive container would include a polystyrene or polyurethane insulation with water-based cooling, the disadvantage being that water freezes and melts and gives off thermal energy at 0°C, which is two degrees less than the lower limit of 2°C that many temperature-controlled products require. This necessitates a combination of chilled and frozen packs to keep the products at the right temperature, but Peck says this was never ideal. “What we’ve seen in the past ten years is the use of better technologies, like vacuum insulation panels,” he adds. “The thermal resistance of those is significantly better than the legacy insulation methods.”

When used in combination with “phase-change materials” (PCMs) – paraffins, fatty acids and alcohols conditioned to a setpoint temperature where they are able to reliably store and release energy to maintain ultra-low temperatures inside a container – the result is “very robust control”, says Peck. These advanced passive containers, and the wide variety of temperature ranges they can accommodate, mean that most temperature-control challenges can now be solved. “We’re in a stage where it’s optimising the technologies [we already have],” he says. “I haven’t seen anything in recent times that has been revolutionary.”

An area that has seen considerable improvement in recent times has been data acquisition. What used to be a process where a USB temperature monitor would be placed on each shipment to be viewed on arrival, is now “near real-time data”, says Peck. “During the shipment, if we can see something is going wrong, we may have the potential to intervene,” he adds. “We can see where the shipment is within our supply chain, and if there are delays and there’s a need to get the product to the patient quickly, we can send an alternative shipment.”

Pharmaceutical companies have had the ability to track shipments in this way for some time now. But according to Peck, the pandemic has driven the adoption of something he expects to be the next significant development in the cold chain: simulation software. Typically, a company will qualify the level of risk posed to a shipment by simulating the conditions as best it can, using chamber testing. The downside here is that, in order to be accurate, tests have to simulate the duration of a shipment, which means an average of five days, and with multiple tests, the time can easily snowball into weeks. “Now, we can build a model of a shipping system within computational fluid dynamics software, and then we can run a five-day test as a simulation in ten to 15 minutes,” says Peck. “It may not be 100% accurate, but you know what, chamber testing isn’t either. I can get hundreds of simulations together to get a really good understanding of how a shipping system would work in many different supply chain scenarios, which gives me a heightened level of confidence.”

The ability to predict potential excursions on shipping routes and monitor for near real-time changes proved invaluable during the pandemic, especially for Pfizer, whose vaccine had to be between -90°C and -60°C while in transit. “The Pfizer vaccine had to be kept extremely cold using dry ice,” says Peck. “They’ve presented with their partners on how these monitors were used to trigger the intervention to top up [the shipments] with dry ice.” Peck too used simulation software to aid in vaccine distribution in his role as global head of process-controlled transportation at AstraZeneca. “I was heavily involved in making sure that the vaccine got all over the world, not only within [AstraZeneca’s] direct-to-government network, but also through the COVAX programme,” he says. “In that scenario, I didn’t own the supply chain. I was packing the product and handing it to the customer’s freight forwarder at the airport, and they were shipping it globally.”

Used to having visibility across the supply chain, Peck had to account for and protect products “for unknown durations against unknown ambient conditions”. “The use of this simulation software allowed us to test against lots of risk profiles and get probably close to 90% accuracy,” he says. “This was good enough to allow us to focus on the implementation.” Peck compares the level of risk management on each shipment as being similar to the charge on a smartphone. “You make sure you’ve got 100% charge at the start of the day, so you’ve got as long as possible that it can work.” In practical terms, this meant conditioning the components and packing each shipment in exactly the same way to mitigate the risks determined by the simulations.

After that, the shipments were in the freight company’s hands, so Peck made sure to pass on as much information as possible to freight forwarders in case of an excursion. “We’d say ‘if there’s an issue, put [the shipment] in a cold store.’ By doing that, you’re going to increase the performance duration of that shipment system and therefore protect the product.”

Looking forward, Peck hopes to be part of the push to bring simulation software to more of the pharmaceutical industry – especially as cell and gene therapy products are on the increase in several areas of medicine. “Most products coming to market now will have temperature control requirements, and with biologics, the manufacture of those products is very different.”

In practice, that means the risk of losing a product due to temperature excursion or physical damage is a potential loss of tens of thousands of dollars, and even worse than that, the potential for a patient in dire need of a therapeutic having to wait even longer while already living on borrowed time. It might be a doctor in a white coat that delivers the life-saving injection, but years of progress in cold chain logistics and more recently data-driven insights will be the reason it reaches the hospital safe and on time.