Silicone valley: a biomaterial for med-tech 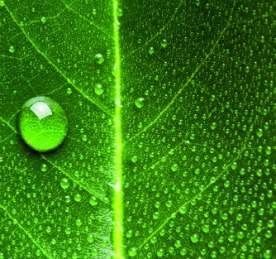 Silicone rubber can be described as a synthetic polymer that contains a repeating centralised silicone bound to an oxygen molecule. The polymer can be synthesised in various forms, from gelatinous to rubberised. Silicones have been used in a variety of settings for almost two centuries, including automobile sealants, household items such as cookware, and different types and forms found in biomedical applications.

The initial discovery of the element silicon is credited to Swedish chemist Jöns Jacob Berzelius, who in 1824 reported the reduction of potassium fluorosilicate with potassium. The birth and subsequent development of silicone polymers did not come about, however, until the early 1900s when Professor Frederick Stanley Kipping used Grignard and hydrolysis reactions of chlorosalines to create the first polymers. This polymerisation discovery paved the way for the many companies and products that exist today.

Early biomedical uses and applications of silicones included coating needles, glass collection vials and syringes with a silicone precursor known as methylchlorosilane. In 1946, the first documented human silicone bio-implant was created by Frank Lahey of the Lahey Medical Clinic, who used elastomeric silicone ‘bouncing clay’ to repair bile ducts. Lahey claimed that the stability and elastic nature of this silicone form would allow it to be cast into any shape.

In 1948, RR DeNicola developed a urethral replacement device composed of silicone. He used the same silicone form as Lahey had and implanted a male synthetic urethra through catheterisation. 14 months post-op, DeNicola reported that "the implanted device was not acting as a foreign body and the urethra had regained normal function within the patient".

In the years following these initial silicone implants, additional biomedical advances using silicone components were made, such as the Charles Case Holter shunt, which was used for cerebral spinal fluid reduction, artificial heart valves, orthopaedic devices, dialysis devices and cosmetic devices, among others.

Historically, the most controversial silicone device is the synthetic silicone gelatinous breast. Silicone breast implants are semi-cross linked, allowing for some structural stability, but also flexibility. First created and implanted in 1962, this device was considered far superior to the already existing breast foam implant technology.

In the early 1990s, after approximately 30 years of success, the cosmetic surgery community and breast implant manufacturers received criticism. Claims of illness caused by the devices ranged from pain and suffering as a result of capsular rupture to autoimmune disease.

In 1992, under pressure from numerous entities, the FDA restricted sales of silicone breast implants, despite the lack of credible evidence to conclude that the product was not safe and effective. In general, there was concern that the implants would rupture and silicone would travel to other vital bodily systems.

In 1995, Dow Corning Company, the world’s leading silicone manufacturer at the time, filed for Chapter 11 bankruptcy as a result of facing 20,000 lawsuits and about 410,000 potential breast implant-related claims. In 1999, a settlement was reached to compensate patients and healthcare companies in excess of $4 billion.

Interestingly, researchers studying the safety and efficacy of silicone breast implants found some medical complications, but proved no causal link between the product and the incidence of breast cancer or connective tissue autoimmune reactions in women with silicone implants. In 2006, the FDA lifted the ban on silicone breast implants and manufacturers modified their practices to produce improved silicone products.

Other widely used historic and recent biomedical applications of silicone include pacemaker leads, various catheter components and speciality contact lenses. Since the advent of the implantable pacemaker, silicone has been used as an insulator in implantable pacemaker and defibrillator leads due to its inherent non-conductive properties. A recent study has shown that these silicone-coated leads can degrade and become abraded, thus leading to complications. Slicone and silicone blends, however, are still used in some lead products today.

In the field of contact lenses, silicone rubber offers the advantage of high-oxygen permeability, but the disadvantage of poor optics. The material can be effectively used for speciality therapeutic lenses. In the consumer contact lense industry, siloxane monomers are used to fabricate silicone hydrogel lenses. These grant the wearer reduced dryness and redness, greater visual acuity and greater ease of insertion, and provide greater oxygen permeability that leads to up to a month of extended wear.

Silicone as a biomaterial

Silicone has unique material properties that make it ideal for certain applications in the biomedical field. Its hydrophobic nature, low surface tension, and chemical and thermal stability lend to biodurability and generally favourable biocompatibility.

While biocompatibility remains a controversial term, the following working definition is often applied to biomedical applications of silicones – a material’s ability to elicit an appropriate response in a specific application.

Polydimethlsiloxane (PDMS) is the most widespread silicone biomaterial; however, the methyl groups in PDMS are derivatised in some applications, so additives and processing may affect silicone properties.

Siloxane as a monomer in medical copolymers

Compared with other medical polymers, silicone has low hardness and modulus, which gives it a more biological consistency at the expense of mechanical strength and tear resistance. This is overcome in some applications by cross-linking, but remains a limitation in others. Being a thermoset polymer, unlike thermoplastics, silicone also cannot
be readily processed once formed.

To overcome these limitations, E Nyilas and RS Ward exploited the surface activity of silicone to fabricate silicone-urethane copolymers with silicone-like surface properties. Ward later led efforts that culminated in the commercialisation of silicone-urethane copolymers with PDMS co-soft-segments, and polyetherurethanes (PEUs) with siloxane-modified end groups that demonstrated increased bio-durability.

These materials often merit consideration for applications where silicones are considered.

"The responsibility lies with medical device manufacturers to appropriately screen and source their raw materials. If these responsibilities are met, silicone as a biomaterial is likely here to stay."

A second list of questions must then be posed by the manufacturer when choosing a silicone supplier for its application:

The answers to these questions allow appropriate decisions to be made when choosing the best and most relevant silicone supplier.

Silicone has a long history of use in biomedical applications due to its unique material characteristics. While the prevalence of silicone-containing medical devices and implants grew historically, it was abruptly met with negative resistance in the early 1990s as a result of safety concerns associated with silicone breast implants and Dow Corning’s decision not to supply silicone materials for long-term implantation.

Since then, new material sources have arisen, additional safety and efficacy data have been obtained, and new medical applications of silicone have been explored.

The responsibility lies with medical device manufacturers to appropriately screen and source their raw materials. If these responsibilities are met, silicone as a biomaterial is likely here to stay.