A great deal of recent clinical data suggests that bioabsorbable vascular scaffolds are expected to be the next revolution in endovascular therapy. Dr Bruce Anneaux and James M Lindsey III of Zeus explore this technological development further. 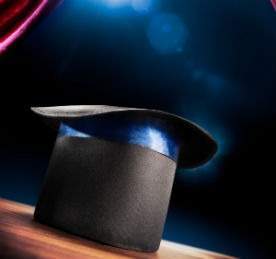 In contrast to traditional metallic stents, the body has the ability to break down and absorb the polymers used to make bioabsorbable vascular scaffolds (BRSs). BRSs have been clinically shown to afford restored vasomotion, late luminal enlargement and reduced angina – all benefits of a new vascular restoration therapy that is expected to improve the lives of many patients.

From bypass to bioabsorbable

Coronary bypass surgery was developed in the 1960s as the first surgical technique successfully used to treat coronary artery disease. The 1970s saw the development of balloon angioplasty to open blocked vessels, but the vessel often contracted following angioplasty. Next came the bare metal stent (BMS), which mechanically holds vessels open, traditionally made of a nickel titanium alloy otherwise known as nitinol.

While effective, the BMS is still a foreign body deployed in the lumen of the artery, and the body’s natural response to any foreign material is to cover it up and isolate it. In the case of stents, this increased cellular proliferation results in neointimal hyperplasia or thickening of the arterial lining.

Since metallic stents stay in the vessel, they restrict normal vasomotion and can disrupt the natural curvature of the vessel. The risk of in-stent thrombosis requires long-term dual anti-platelet therapy (DAPT) in some patients. This poses serious side effects including internal bleeding. There is also a psychological disadvantage to the metallic stent: patients must live knowing they have a permanent medical device implanted within their body that may prevent or complicate future interventions.

The bare metal stent was largely replaced by drug-eluting stents (DES), which include a durable or absorbable polymer coating, containing drugs that modulate the incidence of excessive cellular proliferation. The latest development in vascular scaffolds is the polymeric BRS, engineered to be fully absorbed by the body after one to three years. With this approach, the scaffold provides support while the vessel is healing but does not remain permanently implanted in the vessel. Because the scaffold is not permanent, it is unlikely there will be a requirement for long-term DAPT.

The absence of a rigid caging promotes late lumen enlargement and the return of vessel vasomotion, and potentially less angina.

In general, bioabsorbable polymer chemistry and molecular weight are selected to match the absorption profile and loss of mechanical strength to the healing rate of the tissue bed in which they are implanted. BRSs are designed to retain their strength for a period of approximately six months, and become fully absorbed after one to three years. While the medical community originally believed stents needed to maintain their strength for a long period of time, the opinion today appears to be changing. The potential advantages associated with a stent the body can absorb include:

The challenges of bioabsorbable polymers

Despite their many benefits, there remain challenges with bioabsorbable polymers in the production of BRS.

Proper handling and processing of bioabsorbable polymers is critical for success. Simply knowing how to properly extrude and process other polymers is not enough. Improper processing can lead to poor mechanical properties, a compromised absorption profile and avoidable inflammatory responses. Moreover, optimising the rate of mechanical integrity loss and polymer absorption profile for vascular restoration requires a precise control and balance of polymer properties, and an understanding of the vascular healing response.

Compared with most metals, polymers inherently possess a lower strength and toughness, which means polymer processing and scaffold design must be very carefully considered. Unlike BMSs, BRSs made of current polymer chemistry have lower limits of expandability and may experience strut fracture if over-expanded. Finally, achieving optimal BRS mechanical properties while maintaining thin struts is imperative for the maintenance of an optimal delivery profile, successful deployment or over-expansion, and mitigation of scaffold thrombosis.

The end goal is to achieve a BRS with close to the same strut thickness as metallic stents, without sacrificing improved patient outcome.

BRS production begins with the polymer in its raw material form. The polymers most commonly used are poly-L-lactide, or PLLA, and blends of PLLA with other polymers. Due to the properties of semicrystalline polymers, they are used to provide the physical support or scaffolding. Amorphous polymers, conversely, are more suited to drug-delivery systems.

BRSs need to function and behave like metallic stents, at least until the artery heals and the scaffolding is broken down in the body. This behaviour is determined by the polymer chemistry, molecular orientation and wall thickness, and the design of the scaffold and strut geometry that is laser-cut from the tubing. While metallic stents have struts with thicknesses of around 80µm, initial BRSs have struts with thicknesses of approximately 160µm.

Larger strut thicknesses can lead to scaffold thrombosis as a result of disruption of normal blood flow over the thicker struts. Evolving manufacturing techniques are therefore reducing strut thickness by increasing circumferential strength and optimising other mechanical properties of the polymer tube. The end goal is to achieve a BRS with close to the same strut thickness as metallic stents, without sacrificing improved patient outcome.

The ABSORB clinical trials, sponsored by Abbott Vascular, have shown that bioabsorbable polymer scaffolds hold promise. However, more studies are needed to show they are as effective as – or more effective than – traditional metal stents. The ABSORB Cohort A study showed that after two years, the stents were completely integrated into the vessel wall. The minimal and mean luminal areas shrank notably between the placement of the BRS and an assessment conducted at six months, but they enlarged between six months and two years. Vasomotion was fully restored in the scaffolded section of the vessel; this had never been observed after BMS implantation. Even two years after implantation of the BRS, plaque deformability remained diminished and was less likely to rupture.
Imaging of the BRS also proved easier. Highly visible metallic stents create blooming artefacts during CT scans. The polymeric stent is transparent except for metal markers on the ends of the stent, which actually helps CT analysis of the scaffold.

A second generation scaffold, the BVS 1.1, was tested in 101 patients for the ABSORB Cohort B study. The BVS 1.1 showed promising results at six months after implantation, providing evidence that a similar BRS could revascularise coronary vessels and prevent restenosis. An interim analysis of the ABSORB B trial showed that acute lumen loss was significantly lower among the patients with coronary artery disease who had a bioabsorbable scaffold than in those who received a metallic stent.

In the next few years, BRSs are expected to be used in the treatment of peripheral artery disease (PAD): a difficult challenge, due to the increased bending and torsion of vessels in the leg. Worldwide, more than 25 million people are affected by PAD, and the market is anticipated to grow at an annual rate of 5.5% between 2011 and 2016, reaching a $3.5-billion annual increase.

There are several factors driving the BRS market for use in PAD. Elderly patients, for example, want the minimally invasive solutions that bioabsorbable polymer stents can provide. Physicians want to see the reduced restenosis rates that BRS promises. The rate of restenosis is currently just 0.5-1% for coronary artery stents, compared with 20-30% for peripheral artery stents. Additionally, metallic stents used to treat PAD tend to fracture relatively often, leading to complications and the need for reintervention.

The future of BRS

The day BRS becomes the standard of care is fast approaching, but transitioning from a permanent metallic platform to a transient polymeric platform has been a slow evolution, and it’s not without its challenges. Compared with most metals, polymers inherently possess a lower strength and toughness. This increases the risk of scaffold recoil following deployment and strut fracture, if traditional techniques of overexpansion are used.

These limitations have been largely overcome by an increase in strut thickness and by specialised polymer processing to induce molecular orientation. However, concerns remain that the thicker struts could increase the risk of in-scaffold thrombosis, and the risk of strut fracture will significantly limit the degree to which the scaffold can be over-expanded. Further advancements in polymer chemistry and processing are being pursued accordingly. The ultimate success of cardiac and peripheral vascular restoration therapy via BRS will heavily depend upon it.

Dr Bruce Anneaux, PhD, is corporate director of research with Zeus, the world’s leading polymer extrusion manufacturer and material science innovator. Previously, Anneaux was a member of the biomedical engineering advisory board at the University of South Carolina and associate professor of bioengineering at Clemson University. James M Lindsey III is senior research engineer with Zeus.