Here we look in to smart utensils for people with Parkinson's disease to reduce their risk of falling in the kitchen from severe symptoms such as tremors, limb stiffness and arthritis 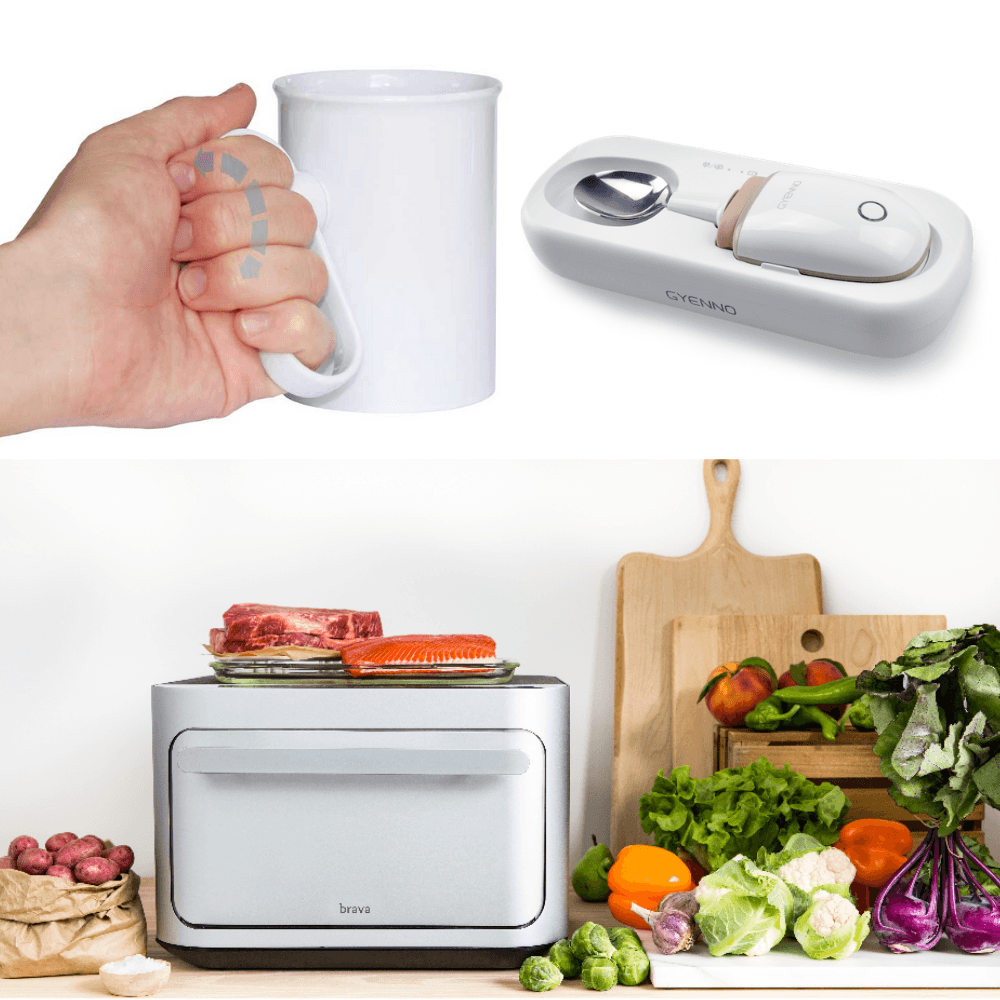 Hand tremors or weakness suffered by seniors with Parkinson’s disease can affect many aspects of their daily life, with daily tasks such as cooking and eating becoming almost impossible due to the risks – but smart utensils are making the laborious tasks a little easier.

Cooking is a chore that often becomes a significant challenge for people diagnosed with Parkinson’s as the disease advances, as making necessary hand and arm movements increasing their risk of falling, as well as slow movement increasing the risk of spills that can become major hazards.

Another issue that Parkinson’s raise is memory loss, which could cause people to forget about a stove burner that is on or a food item that is in the oven, which can often lead to some seniors lose their appetite and stop eating.

“Although tremors, stiffness and slowness of movement are well known symptoms of the disease, people affected by Parkinson’s are also at greater risk of falling.”

He explained technology such as smart utensils is important in allowing people with Parkinson’s and tremors to carry out everyday tasks and live independently for longer.

Falls are the largest cause of emergency hospital admissions for older people and significantly impact on long-term outcomes, such as moving into residential or nursing care homes.

“Parkinson’s sufferers and people experiencing tremors are often more likely to fall due to their limited range of movement, poor balance or muscle weakness.

“However, technology can help to keep these people safe, independent and able to carry out everyday tasks.”

Here we suggest some adaptive smart utensils that can be integrated to modify the kitchens of people with Parkinson’s with accessibility features to overcome some of the difficulties associated with the disease and make a difference in their quality of life.

Smart utensils for people with Parkinson’s

One of the products the firm has developed is its Steady Spoon, which is an electronic smart utensil that uses stabilising technology to sense the movement of a user’s tremor and then move in the opposite direction, which ultimately keeps the spoon more stable.

Data about the tremors is stored in the device and sent directly to the cloud so the system learns about the person’s tremors, which automatically improves performance of the device.

This is done by using intelligent, high-speed controls and algorithm technology to distinguish between intentional motion and unconscious tremors.

Gyenno Technologies’ CEO Kang Ren said: “Having hand tremors is very debilitating and the Gyennos Smart Spoon can make life much easier and less stressful for millions of people worldwide suffering from the problem.

“And by collecting data on the tremors, the spoon improves its stability and doctors and scientists can learn more about these conditions.”

An electric can opener – developed by Virginia, US-based design company Hamilton Beach – as be developed with the aim of making cans and tins easier and safer for seniors with reduced strength and problems like arthritis.

The company claims it’s a top seller in its category because of its durability and overall performance, and says that it cuts so it leaves “a clean edge that is safe to hold”.

It also features SureCut patented technology that makes sure it opens on the first try “every time”, the machine also having an automatic shut off feature when it is done opening.

AmazonBasics Microwave has been developed to help seniors with multiple disabilities caused by Parkinson’s disease that make it difficult to operate its traditional counterpart.

It does this by connecting with Amazon devices like the Echo, allowing users to control many of the microwave’s functions with their voice by commanding Alexa

For the estimated seven to ten million people worldwide suffering from Parkinson’s disease, which can cause chronic pain and stiffness in fingers, instructing Alexa to microwave something is easier than pressing a series of buttons and putting themselves in pain.

The microwave is powered by Alexa Connect Kit, which runs on Bluetooth Low Energy and Wi-Fi to let Echo devices communicate.

The lightweight cup is equipped with a rotatable handle, enabling users to have more control and avoid spilling as it lets the cup self-level and self-stabilise to positions where the tremors are less frequent.

The large handle that can fit up to four fingers allows the weight of the drink to be spread cross the hand and fingers to reduce pressure and discomfort, it also enables users to drink without bending their wrist or leaning their head back too far.

In addition, the company claims that its hidden lid feature that sits on the rim reduces the chances of spillage as well as “preserves the user’s dignity.”

Founded in 2012, handSteady is patented and promoted by leading healthcare professionals and organisations including Parkinson’s UK, Tremor Action Network and the National Tremor Foundation.

Ovens are one of the focal appliances in a kitchen and the Brava is a smart countertop oven with its top is covered in a food-safe, high temperature silicone, which allows easier access as low and bending to retrieve food from it might be an issue.

The Wi-Fi-connected oven also enables users to cook multiple foods simultaneously and almost always in under 20 minutes total as the bulbs produce instant heat, and therefore, no preheating is required –  it claims to heat up to 260C in less than a second.

The software controls behind the system continuously monitor the temperature and adjusts the lamps in real time, to keep from over or under-cooking, meaning seniors won’t need to keep manually checking on the food or making contact with hot surfaces, reducing the risk of accidents.

It targets specific areas of the tray with varying levels of heat to ensure each ingredient is cooked thoroughly and at the correct temperature.

But if they still rather manually check on it, it can be observed through the Brava smartphone app from the internal camera, which is used to teach the machine what properly cooked food looks like, so it can use machine learning to improve.