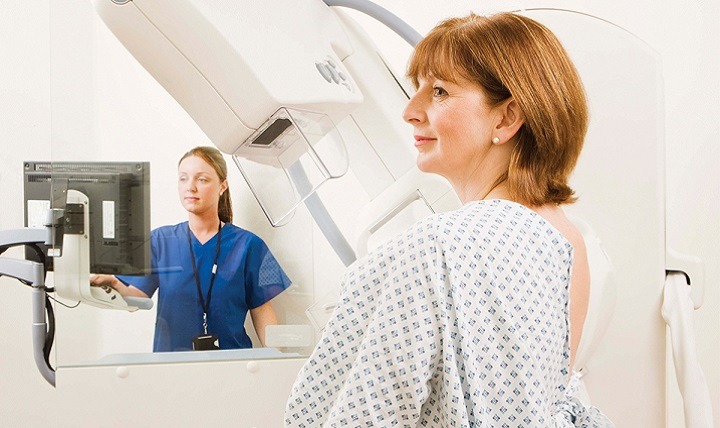 Women with breast cancer in lower income countries can now be treated using a reusable cryoablation tool, designed by a team of undergraduate researchers.

Working out of the the Baltimore, US-based John Hopkins University, their device uses carbon dioxide and works by freezing cancer cells.

By foregoing the standard gas used in the industry for tools of this nature, argon, the team aim to provide a cheaper and more accessible method to power a cancer tissue-freezing probe.

Bailey Surtees, the study’s lead author, said: “Innovation in cancer care doesn’t always mean you have to create an entirely new treatment, sometimes it means radically innovating on proven therapies such that they’re redesigned to be accessible to the majority of the world’s population.”

Why is cryoablation the best form of initial breast cancer treatment in under-developed countries?

Cryoablation is a minimally-invasive process that uses extreme cold to destroy cancerous tissue.

This method eliminates the need for a sterile operating room and anesthesia – making it possible for local clinics to perform the procedure.

However, current cryoablation technologies are too expensive as a single session of treatment costing up to $10,000, and dependent on argon gas, which isn’t usually available in lower-income countries to form the tissue-killing ice crystals.

Taking these challenges in to consideration, the team of researchers innovated a new tissue-freezing device that uses carbon dioxide – a gas widely available in most rural areas due to the popularity of carbonated drinks.

The research team tested their tool in three experiments to ensure it could remain cold enough in conditions similar to the human breast and successfully kill tumour tissue.

Jars of ultrasound gel were used to determine whether the tool could successfully reach standard freezing temperatures that could destroy tissue and form consistent iceballs.

The second experiment required the team to treat rats with mammary tumours, and the last round consisted of testing the device on the liver of a pig, which has a similar temperature to a human breast.

Through all three trials, the reusable cryoablation device met the standard freezing temperatures and was successfully able to stay cold enough during the entire experiment to destroy 85% or more targeted tissue for all tumours.

Nicholas Durr, assistant professor of biomedical engineering at Johns Hopkins, said: “This project is a remarkable example of success from the Biomedical Engineering Design Programme.

“This team of undergraduates has been so successful because they created a practical solution for the problem after really understanding the constraints that needed to be met to be impactful.”

The research team’s next step is to ensure it can consistently kill cancer tissue under the same heat conditions as human breast tissue.

According to the World Health Organization, breast cancer is the most common cancer in women both in the developed and less developed world.

It is estimated that more than 508,000 women worldwide died in 2011 due to breast cancer and although breast cancer is thought to be a disease of the developed world, almost 50% of breast cancer cases and 58% of deaths occur in less developed countries.

It is the largest cause of cancer-related mortality for women across the globe and disproportionately affects women in lower-income countries due to lack of treatment.

Treatments that are commonly used in wealthier countries, such as surgery or chemotherapy, are either too expensive or impractical in poorer and more remote regions, where women travel long distances to find a regional hospital that can offer help.