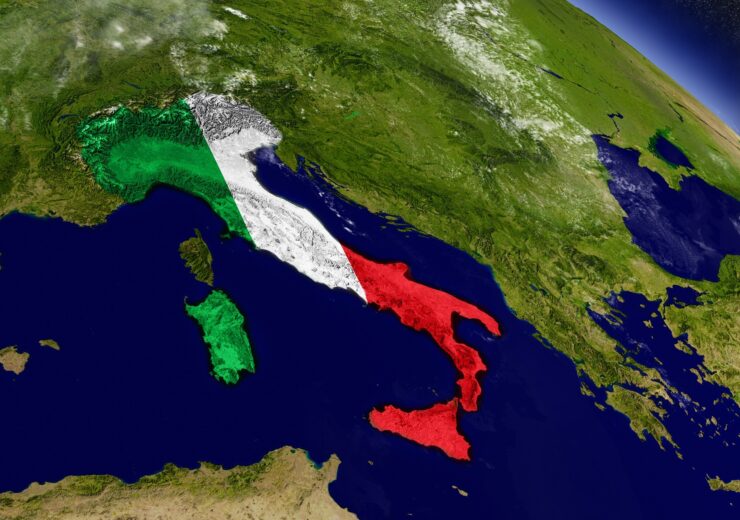 Italy currently accounts for about 10% of Europe's medical devices market, and employs more than 75,000 people in its domestic medtech industry (Credit: Harvepino/Shutterstock)

Thanks to major companies operating in diagnostic testing, laser technologies, orthopaedics and a host of other areas, Italy currently plays host to the fourth-largest medical device market in all of Europe – behind only Germany, France and the UK.

In fact, the Italian market accounts for more than 10% of the continent’s €120bn ($142bn) medtech industry and, according to a 2020 report by trade association MedTech Europe, only Germany is home to more Europe-based medical device firms than Italy.

Italy is also one of the biggest employers in the European medical technology sphere, with 76,400 people currently working in the industry.

On top of this, a recent forecast by market research firm MarketsandMarkets suggests the European medical device market will grow by a CAGR (compound annual growth rate) of 4.7% between now and 2025, with the Italian medtech sector set to experience a similar level of steady growth in this time.

And, while the vast majority of the thousands of medtech firms based in Italy are SMEs (small and medium-sized enterprises), the bigger names across the industry also play a key role in the country’s strong position alongside global innovation heavyweights like Germany.

We take a look at six of the world’s most well-known Italian medical device manufacturers, and the areas they specialise in.

It also employs about 11,000 people globally, and claims to operate in close to 30 countries and have more than 10 million customers worldwide.

Amplifon was founded by British businessman Algernon Charles Holland in 1950 to provide hearing care to people who had suffered injuries in the Second World War and, following decades of clinical research and innovation in audiology and otology, it rolled out the first ever digital hearing aids in Italy in the mid-1990s.

Today, the company manufactures a range of advanced hearing care products including BTE (behind-the-ear), RITE (receiver-in-the-ear) and ITE (in-the-ear) devices, surgically-implanted hearing aids and even discreet ampli-mini devices that are “almost invisible” thanks to miniaturisation technology.

Many of these products are also IoT (Internet of Things)-enabled, and can be managed via Amplifon’s eponymous smartphone app.

In February 2020, Amplifon acquired Attune – the largest independent player in Australia’s hearing care market – and, in spite of the impact of Covid-19 across the medical device industry, posted generally positive Q3 financial results in October.

The majority of the Bracco Group’s work in medical devices is conducted through its subsidiary Bracco Imaging, which mainly focuses on medical imaging, diagnostics and contrast agents used to enhance pictures of the inside of the body.

Alongside this, the firm also provides healthcare services via the Italian Diagnostics Centre – a Milan-based polyclinic with 24 satellite units offering prevention, diagnosis, rehabilitation and personalised treatment, with a focus on radiosurgery and day surgery.

One of Bracco’s most significant business acquisitions to date came in 2001, when it purchased Acist Medical Systems – a US firm specialising in contrast media injection products for cardiology, radiology and vascular surgery.

The company was established in 1927 by Italian businessman Elio Bracco to produce, package and sell chemical products for German firm E. Merck. Today, its CEO and president is Elio’s granddaughter Diana Bracco.

Piedmont-headquartered biotech company DiaSorin claims to be a leader in the global laboratory diagnostics market, and specialises in immunodiagnostics and molecular diagnostics.

The in vitro diagnostic products it makes include the LIAISON line of CLIA (chemiluminescence immunoassay)-based reagent kits, and the fully-automated ETI-MAX 3000 system for sample processing – which uses ELISA (enzyme-linked immunosorbent assay) technology.

Due to its focus on diagnostic testing, DiaSorin has also introduced several innovations over the course of 2020 to help tackle the global Covid-19 pandemic.

Examples of these efforts include a serological test for identifying SARS-CoV-2 antibodies, which gained FDA emergency use authorisation in April, and a rapid antigen test capable of detecting Covid-19 in symptomatic patients and determining their viral load, which received a CE mark in October.

DiaSorin posted annual revenues of $790m in 2019, currently employs close to 2,000 people worldwide, and has production facilities in the US, Germany and UK alongside its two bases in Italy.

The El.En. Group is a manufacturer of lasers for use in industrial and medical settings, although its technologies are also deployed in restoring artwork and other cultural heritage items.

It is based in Calenzano – a town with about 18,000 inhabitants in Florence – having been founded in 1981 by a university professor of electronic engineering, Leonardo Masotti, and one of his students.

Today, the company boasts annual revenues of about $448m and employs a total of 1,500 people.

Via its various subsidiaries, El.En. produces laser technologies used in diagnostics, therapeutics, surgery, cosmetic procedures and even veterinary medicine across more than 80 countries.

A November 2020 report by US market intelligence firm MarketStudyReport ranked El.En. as a major player in the global laser medical devices market.

It reported an annual revenue of $293m in 2019, employs about 3,600 people currently, and carries out production across 56 locations in four continents.

Since it was established in 1986, Servizi Italia has made several important business deals, including acquiring Brazilian laundry firms Lavsim Higienização Têxtil and Aqualav in 2015, and Turkish linen cleaning company Ankateks in 2017 – allowing it to move into the healthcare sterilisation markets in Brazil and Turkey respectively.

The Udine-based firm makes a number of orthopaedic products, including large joint implants used in hip or knee procedures, extremities and fixation solutions – which range from shoulder and elbow implants to fracture repair devices, and patient-specific prosthetics.

In 2007, Lima Corporate also released its proprietary 3D-printed biomaterial, Trabecular Titanium. This was first used to manufacture an acetabular cup – a prosthetic used in hip replacement surgery – which was implanted in a patient later the same year.

In January 2019, Lima Corporate became the first company to open a 3D printing facility for complex custom implants in a hospital setting, at the New York-based Hospital for Special Surgery (HSS).

The firm was originally founded to manufacture surgical instruments in the 1940s by Italian entrepreneur and engineer Carlo Leopoldo Lualdi, and it also produced mechanical components for the aeronautical and automotive industries before focusing exclusively on orthopaedics around the turn of the century.