New trends and disruptors are emerging all the time in microtechnology, further highlighting its potential in the medical sector and other industries 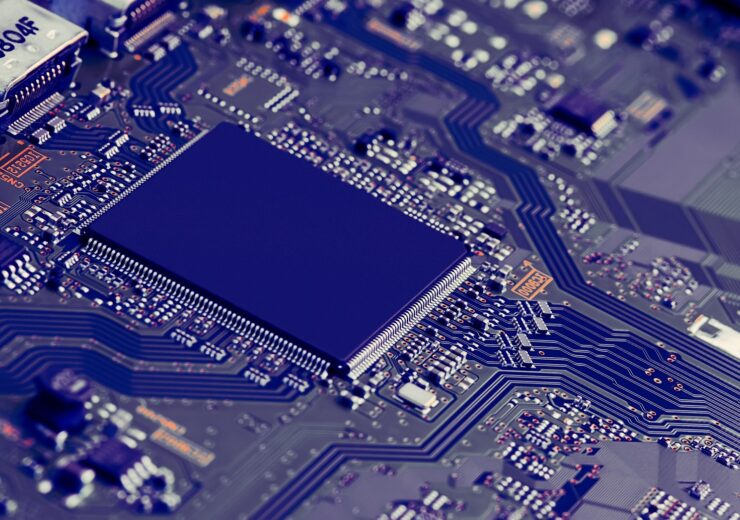 Micro and nanotechnologies enable a wide range of applications to be scaled down while maintaining functionality (Credit: raigvi/Shutterstock)

In a fast-paced, innovative space like microtechnology, it’s not easy to predict which trends will impact the industry moving forward – even for those working within the sector.

Nonetheless, Dr Thomas Dietrich, who has been the CEO of microtechnology trade association IVAM since 2013, recently spoke to NS Medical Devices to offer his insight into some of the key factors that are disrupting microtechnology, for better or for worse, in 2020.

Scaled down components and technologies already play an important role in numerous medtech applications – including enabling non-invasive surgical procedures, and the miniaturisation of implantable devices and sensors.

Here, we take a look at some of the more recent developments impacting microtechnology – and its capabilities within the medical sector – which have piqued the interest of one of the world’s leading associations in this space.

The IVAM Microtechnology Network celebrated its 25th birthday earlier this year – although there was, of course, no party to celebrate this milestone.

At the time it was founded a quarter of a century ago, the city of Dortmund where IVAM is based – and the state of North-Rhine Westphalia in general – was looking for a new endeavour following the closure of its large coal and steel industries in the 1980s.

The area decided to shift its focus to a number of more modern, hi-tech industries, one of which was microtechnology.

In 1995, microtechnology was still a very new field, so the government in Dortmund thought it would be a good idea to put an association in place to promote the technology, and support companies and products revolving around it.

Today, IVAM continues to work with smaller and medium-sized firms, predominantly across Europe but also in China, the US and Brazil as well, to help them further their businesses, partner with suppliers and collaborate with larger companies.

As the field of microtechnology has developed over the years, IVAM’s work has moved into numerous more specific areas – including nanotechnology, which involves even more scaled down structures, photonics, microfluidics, wearable electronics and other digital tools.

For many of the SMEs (small and medium-sized enterprises) that IVAM works with, the coronavirus outbreak initially had a positive impact on their business – as many of them were already involved in making products with potential in tackling the virus, such as patient monitoring devices, sterilisation tools or diagnostics.

And, far from slowing down progress in the field of microtechnology, Dietrich believes Covid-19 has actually increased both the number of new developments, and the pace of innovation, in the industry.

“Bureaucracy was always an issue previously, but is now less of a problem,” he says. “And the development processes themselves have also been much faster than in the past.”

“One of our members – a start-up in Freiburg – was working on a novel way to use microfluidics for developing new drugs, and they produced a new system in three or four months, whereas normally it would take three years.”

“So, I think this pandemic promotes a lot of activities and makes things faster, not slower, for those in the microtechnology field, and those working on the medical side especially.”

On the flip side of this, Dietrich also states that, more recently, with the pandemic having lasted for more than six months, and continuing to rage on in many parts of the world, the majority of IVAM companies have felt the impact of traditional supply chains being disrupted.

Components that normally arrive from China can no longer be imported, and many firms’ global customers are not producing as much as they were previously – reducing the need for microtechnologies and related products.

Companies are therefore increasingly looking for suppliers within the EU, and – while he anticipates international business will pick up again after the pandemic has abated – Dietrich believes European outfits are more likely to “think twice” before ordering from China or the US in the future, especially when it comes to critical parts.

Personalised, patient-specific medicine is playing an increasingly central role in discussions about the future of healthcare, and Dietrich believes medical technologies – along with the medicines themselves – must be adapted to meet the needs of individual patients.

“In this process, every single piece of medical equipment must be different from the other, because every patient is different,” he adds.

“That means you will need to have new production methods that use micro components, and are digital and have sensors inside – so, the production itself is already very much dependent on micro solutions.”

Microtechnology is also being integrated into the resulting medical technologies and products more and more as well, with mobile diagnostic tools that allow patients to monitor their own condition outside of a healthcare setting gaining a lot of attention recently.

“For these applications, you are really dependent on the data you get, so you have to be sure that it works and that you will get the right results – no matter who uses it,” says Dietrich. “And micro components alongside digital components are important here.”

Organ-on-a-chip (OOC) devices, which are 3D microfluidic chips that simulate the mechanics and activities of entire human organs, are another example of an emerging miniaturised technology that could enable more precise, personalised medicine in the future.

As Covid-19 lockdowns and social distancing restrictions seemingly accelerate the process of remote healthcare becoming commonplace, wearables and mobile applications are another area that continues to garner attention throughout the industry.

“Nowadays, people want to wear microtechnology on their body – maybe even have sensors in their shirt – which also requires batteries, and may include some therapeutic tools as well as diagnostics,” says Dietrich.

“One of the real innovations we see is this combination of functions, putting different functions together in one module, and using digital methods or software to combine lots of sensors.”

He also cites a project IVAM is currently supporting in which dementia patients, who are often elderly, and suspicious of modern technologies when confronted with them, are being monitored using miniature, hidden sensors in their clothing, or even in cups – to detect whether they’ve been drinking enough water.

“Mobile technologies that you can wear and take with you are especially important, because they can allow 24/7 diagnosis, meaning doctors can get more information and react appropriately,” Dietrich adds.

“That means microtechnology sensors have to be both smaller, and better, so that you get the same information without having to carry around a big machine.”

A prominent example of wearable technology being used in diagnostics is currently being worked on by US tech firm Fitbit – as it attempts to detect Covid-19 at an early stage using its smartwatches.

“What I see more and more of is this optical technology,” says Dietrich. “We’re now having opto-electronic chips, instead of pure microelectronics.”

The field of opto-electronics includes devices and methods that use light rather than electrons to carry out their function.

“This is a big advantage – not only for the electronics themselves but also in detection of different things, and using sensors that measure optically,” Dietrich adds.

One example he gives is of new technologies that can measure oxygen levels in the blood using light, which, in the future, may circumvent the need to take physical blood samples for analysis.

One of the newest innovations Dietrich has seen in microtechnology recently is in quantum computers, which, simply put, have the potential to hold vast amounts of data, as well as performing much, much more quickly than traditional computers.

“There’s always two sides to it,” he states. “Microtechnology enables the quantum computers by helping to produce the necessary parts, but quantum technology also enables new functions for microtechnology tools and components.

“This technology can make microtechnologies much faster, and help you get much more information using them.”

While quantum technology has previously only been shown to work at extremely low temperatures of about -270 degrees celsius, the latest developments in this space suggest they may be able to function at room temperature – which Dietrich believes will create another “jump forward” by allowing it to be used in numerous new applications.

IVAM is currently planning to host a summit focusing on quantum technology in March 2021, in which it will explore the potential it could have in a number of areas, such as healthcare, telecommunications, security and the automotive industry.

InnovationsElectronicsMedical and Surgical
Registration is disabled.