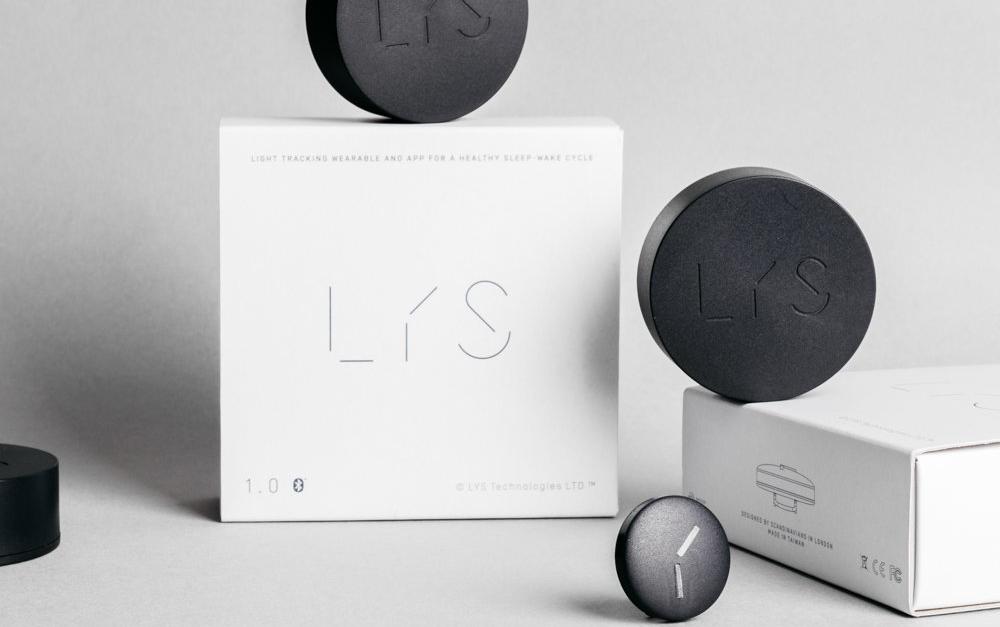 By measuring the high intensity levels from the artificial lights its office workers and city dwellers are feeding on everyday, LYS Technologies’ product provides personalised, actionable feedback to make their routines and well-being healthier.

Lack of sleep is seen as a global issue, with various studies finding, on average, most populations across the world are not getting the recommended eight hours a night of sleep for adults.

Founded in 2016 by Christina Friis Blach Petersen, a graduate from the Royal College of Art and Imperial College London, the “sleeptech” company aims to help indoor workers struggling with sleep disorders.

Most research into the subject has also found insufficient sleep can lead to major health problems, including obesity, derailment of cognitive functions and increased accidents in the workplace.

According to World Sleep Society statistics, sleep problems constitute a global epidemic that threatens the health and quality of life for up to 45% of the world’s population, and costs the UK economy more than £38bn each year.

Christina, CEO and co-founder of LYS Technologies, tells NS Medical Devices: “Sleep tech is seeing a massive increase as we become increasingly aware of the scope of sleep disruption, particularly in urban societies.

“The market is currently crowded by technologies that attempts to measure sleep in the most accurate way.

“However, when you ask the end user what they want – they’re actually more interested in knowing how they can sleep better rather than getting a description of how they have slept, and that’s exactly what our tech does.”

Based in London, the wearable company designed a clip-on tool which it claims is the world’s first circadian rhythm knowledge database.

The LYS product comprises light sensors that replicate the photoreceptors in the eyes.

Ms Peterson said: “The second approach that makes LYS unique, is that we give users deep insight on the influencing factors on their sleep quality – not just how they slept – making our approach is based on actionable feedback and guided behaviour change.

“Users get to see exactly how their daily light intake impacts the quality of their sleep and their energy levels throughout the day and what small changes they can make to their daily routine.

“This can specifically indicate where users’ need to improve their light intake in order to best utilise this time frame.”

LYS Technologies’ trial data showed using the wearable and app for three weeks decreased the time to fall asleep by 40%.

How light influences the quality of sleep

Circadian rhythm – also known as your sleep and wake cycle – are physical, mental, and behavioral changes that follow a daily cycle that respond primarily to light and darkness in an environment.

Christina explains light is one of the main influencing factors on quality of sleep and described circadian rhythms as a 24 hour biological system that controls the release of hormones like the sleep hormone melatonin and energy hormone serotonin.

She says: “Our circadian rhythm controls many other body functions such as our digestive and immune systems.

“The most interesting thing is that circadian rhythms are triggered solely by the intake of light through our eyes.

“Light is crucial for our well-being, and yet it became forgotten over the past few decades as we moved indoors and never reflected on what impact this shift will have on our well-being.”

The accompanying app understands the wearers circadian rhythm by calculating their age, gender, chronotype and usual wake up and sleep hours.

Through intricate algorithms, the app provides personalised feedback and advice according to each user’s varying 24-hour cycle aiming to direct them to the correct light composition the body requires for better natural sleep and concentration levels.

Christina explains: “There is no one size fits all recipe for how much light is considered healthy, because every person is unique and has their own chronotype and circadian rhythm.

“That’s exactly why we founded LYS and where our mission becomes crystal clear.

“It’s designed for not only guiding individual users’ to the exact light they need on a day-to-day basis, but also using the insights we gain to begin influencing the lighting industry and particularly office buildings in how they manufacture and cater to their tenants – often those suffering the most from sleep disruption.”

How the improved sleep cycle is maintained

Through regular actionable prompts and feedback to ensure users incorporate healthier habits to lead a better lifestyle, wearers are expected to reach a stage where the device no longer needs to be used everyday.

LYS Technologies differentiates itself from other wearable tech firms by not advising users to interact with the device everyday, which could possibly result in the wearers becoming dependent on the tech, as the improvements practiced rely on behaviour change.

Christina says: “So as long as users maintain these small changes to their daily routine then the benefits will be felt for a long-term.

“We certainly do not want nor expect users to use the LYS Button all the time like other wearables demand.

“In fact we specifically built the product to defy much of the traits so common in the attention economy of tech products and apps, where users need to spend a lot of time with the devices in order to gain from their benefits.”

A study titled The Employee Experience, which was conducted by the US based HR firm Future Workplace, revealed that a workplace that prioritises access to plenty of natural light is the number one attribute desired by 1,614 North American employees.

It also found that the absence of proper light, whether natural or artificial, is a disadvantage to the employee experience.

“LYS has been built to give users’ insights and actionable feedback for when they need it and then give them the space to implement these.

“Many of our users use LYS during season changes, when they move homes or office spaces and when they are travelling so that it can give them insight on these new environments.”