What is Lechal: A smart footwear that navigates its users with vibrations

A smart footwear company Lechal, which translates to "take me along" can track the wearers fitness and help them navigate using vibrational patterns 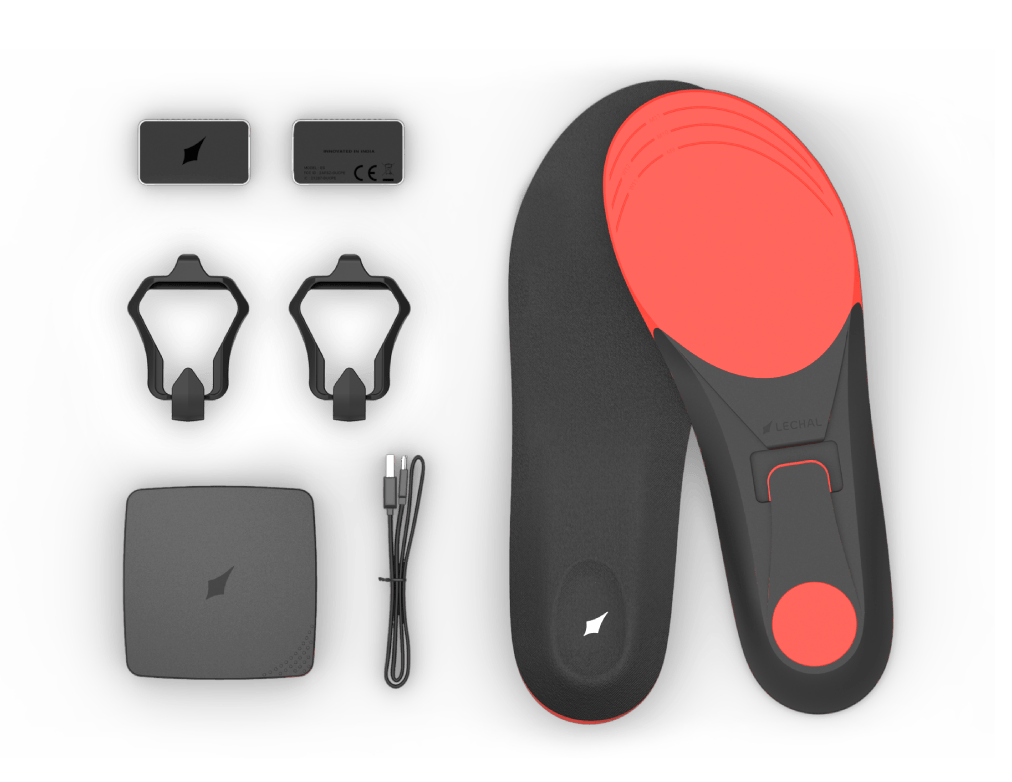 In a bid to reduce the falling within the older generation, Lechal aids users in coordinating a personalised home exercise plan improving mobility, strength and balance.

Founded in 2011 by Krispian Lawrence, a graduate of the University of Michigan, and Anirudh Sharma, from the Massachusetts Institute of Technology, the company seeks to create an intuitive and user-friendly wearable technology for visually-impaired people.

Mr Lawrence, founder and CEO, said: “Ultimately Lechal was conceived and launched to help the visually-impaired with navigation through haptic feedback in your feet when wearable technology was at its infancy.

“Even though footwear is the most challenging to work on from a technology standpoint, because of so many issues that need addressing, I feel like the shoes are the most natural extension to the body.

“You never leave the home without shoes, and they always point to the direction you want to go to, so that’s how started.”

Based in India, the healhtech company uses haptic feedback-based footwear through slight vibrations, which help wearers navigate to their destination and stay fit, which improves its balance.

With haptic feedback, wearers have the advantage of being able to continue to hear what’s going on around them without audio distraction – a problem with Google Maps that requires users to stare a phone while walking, and is therefore dangerous.

According to the World Health Organization, falls are the second leading cause of accidental or unintentional injury deaths worldwide, with an estimated 646,000 fatal falls occurring each year, with adults older than 65 years of age at most risk.

Mr Lawrence said: “Most of the technology out there for falling today is based on the detection once the person has fallen triggering the emergency services.

“But what we’re trying to do is bring in technology that can empower our senior citizens to lead more active lives and also improve their health, because the two primary reasons why people fall are due to imbalance and improper gait.”

Gait is a progressive neurological condition, which can cause decreased speed and changes in stride time.

The condition has been associated with potentially catastrophic and life-threatening falls.

Mr Lawrence explained: “Your gait balance doesn’t deteriorate overnight, it is something that happens overtime, so our goal is – by using our insoles – to allow our users to take a fall assessment that can be completed from home.

“And these are standard tests that a patient would do in a clinic, but unfortunately, most people do these assessments after suffering their first fall, which again, is not ideal.”

Instead of one shoe, the technology can be incorporated into both, with either the right or left shoe will vibrating to tell the wearer which way to go.

The insoles that are designed to fit into regular shoes also work the same way.

The shoes or insoles connects to the LeChal app through Bluetooth, where a series of exercises are suggested, assisted with video tutorials that typically lasts from ten to 15 minutes.

Using the fitness tracking abilities, an evaluation of parameters are explained for wearers to understand the progression in their performances.

Based on this, the app automatically updates the exercise plan to accommodate the user’s abilities and intensify the work-out to further improve their balance and thereby, reduces the risk of falling.

Mr Lawrence added: “I started this company with a friend of mine, from just the two of us, we’ve grown and are now made up 100 people as a team with our tech advancing too going international.

“Today, it has a state of the art motion and pressure sensor capability that allows us to measure over 40 parameters of gait very accurately.

“As our tech evolved, so did our appetite for the problems we wanted to tackle, and one of those problems were the increasing of falls is among the elder population.”