Dr Chatchai Mingmalairak of the department of surgery, faculty of medicine, at Thammasat University in Thailand explains how antibacterial sutures are offering a new approach to treating surgical site infections. 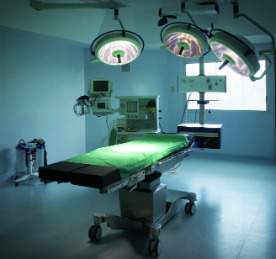 Surgical site infections (SSIs) are a major source of prolonged illness and, less frequently, a cause of death in surgical patients. With an estimated 27 million surgical procedures taking place each year in the US, and a 2-5% rate of SSIs, approximately 300,000-500,000 such infections are thought to occur each year. They are believed to increase the risk of dying by a factor of two to 11, with 77% of these deaths attributed directly to the SSI.

In the event of complications relating to SSIs, the duration of hospital stay is multiplied by 20, and the cost increases fivefold, resulting in a net loss of reimbursement to the hospital.

It is estimated that surgical site infections in the US require 3.7 million extra hospital days and cost more than $1.6 billion in excess hospital charges each year – and that is before taking into account the emotional impact on patients and their families. It has been reported that 18% of SSIs lead to disabilities that last more than six months.

Definition and incidence of SSIs

The term ‘surgical site infections’ was introduced in 1992 to replace ‘surgical wound infections’. SSIs are defined as infections occurring within 30 days of a surgical operation (or within one year if an implant is left in place after the procedure), and affecting either the incision or deep tissue at the operation site. According to the US Centers for Disease Control and Prevention’s National Nosocomial Infections Surveillance (NNIS) system, the most frequently isolated pathogens from SSI are staphylococcus aureus and coagulase-negative staphylococci. These organisms are acquired from the exogenous environment or the patient’s own skin flora, and, as a result, are introduced easily into wounds.

To reduce the risk of SSIs, effective and persistent skin antisepsis, meticulous operative technique, appropriate antimicrobial prophylaxis and strategies for decreasing wound contamination must be used; patient-related factors such as age, gender, body-mass index, underlying disease, comorbidities, prior operative procedures, and lifestyle factors such as smoking and drinking habits must also be considered.

Over the past ten years, surgeons have embraced innovative adjunctive technologies designed to reduce the risk of healthcare-associated SSIs. Within the surgical arena, intra-operative strategies such as hyperoxia, or continuous insulin or antibiotic infusion are known to mitigate the risk of infectious morbidity, thus improving patient outcomes. These have challenged the conventional view of the source of wound contamination, which is usually attributed to the patient or a break in surgical technique, suggesting that the surgical wound can be seeded by exogenous flora from members of the operative team.

Data from the NNIS system shows that SSIs are the third most frequently reported nosocomial infection, accounting for 16% of such infections among hospitalised patients and 38% among surgical patients. Similarly, European data suggests that the incidence of SSIs may be as high as 20%, depending on the procedure. Patients with SSIs are more likely to require readmission to hospital or intensive care unit (ICU) treatment, and are at higher risk of death, than those without such infections.

The role of suture material in the development of wound infections has been the subject of speculation among surgeons since the 1960s. Sutures are a contributory factor in infection; in fact, 66% of SSIs are related to the incision. Microbial adherence to the surface of suture material has been reported in surgical literature for many years.

The presence of foreign materials in a wound increases the susceptibility of the surrounding tissues to infection. In the presence of sutures, only 100 colony-forming units per milligram are necessary to produce infection. Various bacteria may contaminate not only the tissue in the surgical wound, but also the actual suture material. Once suture material becomes contaminated, the local mechanisms of wound decontamination become ineffective. Sutures, which are present in virtually all major operative procedures, may create a setting in which low numbers of bacteria proliferate while sequestered from host defences.

"Antimicrobial-impregnated implants can reduce the risk of microbial resistance and the need for implant removal."

Any suture product of natural or synthetic composition, and of mono/multifilament construction, is susceptible to bacterial attachment and colonisation, and it is clear that colonisation is associated with SSIs. Sutures, like most other implants, have a non-shedding surface to which bacteria can adhere, form biofilms and potentiate SSIs. The adherence of bacteria to various sutures has been investigated, and variations in adherence affinity correlated with infection. For example, the number of bacteria needed to establish infection can be reduced 10,000-fold by the presence of a silk suture.

Biofilms are ubiquitous and form whenever micro-organisms such as bacteria, yeast, algae, fungi or protozoa attach to surfaces. Once attached, free-living bacteria undergo a phenotypic change and, within minutes, deposit ‘slime’ (extracellular polymeric material or biofilm matrix). Implants have non-shedding surfaces, which can be colonised by skin or other bacteria during surgery to form a biofilm. At least 60% of human infections are believed to involve biofilms, and the fact that they are the dominant mode of microbial growth – and that the majority of bacteria exist in biofilms – has only recently been recognised.

Once established in the environment or in infections, biofilm bacteria are difficult to treat because, shielded within the matrix, they are less susceptible to antibiotics and antiseptics. This recalcitrance is not reflected by laboratory tests where a bacterium shown to be susceptible to antibiotics may be impossible to treat in a biofilm. Reasons for the reduced susceptibility of biofilm-embedded organisms compared with that of free-living bacteria include: heterogeneity of growth rates; cells being in a stationary physiological phase as recalcitrant ‘persister’ cells or antimicrobials that are able to degrade; and reduced rates of penetration of the biofilm by antibiotics. Biofilms can also shield their constituent micro-organisms from the body’s immune system. The free-living form of the isolate was susceptible in vitro, but resistant in biofilms. Once a biofilm infection is identified in an implant, it usually needs removal and antibiotic treatment.

The role of antimicrobial sutures

In 1965, recommendations that all suture materials be steeped in a 1:2,000 solution of chlorhexidine before suturing reduced surgical wound infections, although many manufacturers argued against the practice. The development of an antibacterial surgical suture has been under consideration since early 1980s. Preventative strategies include the use of prophylactic antibiotics before the biofilms can form, or ‘intelligent’ surfaces that prevent colonisation or have antimicrobial properties. Potential antiseptics for coating surfaces include chlorhexidine, polyhexamethylene biguanide, octenidine and triclosan. Compared with antibiotics, which are chosen for their resistance and generally have single pharmacological targets, antiseptics have multiple targets and true ‘resistance’ is rare.

Antimicrobial-impregnated implants, which prevent bacterial adhesion and biofilm formation, and eradicate the need for long-term, ineffective, systemic antibiotics, can reduce the risk of microbial resistance and the need for implant removal. Ideally, antiseptics should have a rapid, potent and broad microbiocidal spectrum with long-lasting effects and no risk of developing antimicrobial resistance. They should be biocompatible with medical products, not impair healing processes and be well tolerated in wounds with no toxicity or systemic absorption. Recently, the only substance being used as an impregnator in sutures is triclosan. In the US, triclosan has been used in underarm deodorants and deodorant soaps since the 1960s. It was first introduced in the healthcare industry in a surgical scrub. Over the last 20 years, the use of triclosan has grown rapidly in personal care products including soap, hand sanitiser, cosmetics and toothpaste, as well as household products such as odour-fighting socks, and germ-resistant sponges, kitchenware and bedding. A 2001 US study identified triclosan in 76% of the 395 commercial soaps examined.

The synergistic effects of triclosan and several antibiotics are consistent with a triclosan-dependent metabolic strain and/or membrane-disruptive effect, and offer important insights into the combined use of antimicrobial compounds in clinical practice. The antimicrobial spectrum and speed of activity of triclosan, as an active ingredient and in a wide array of formulations, are well documented.

The susceptibility of the most common device-related pathogens, combined with inherently low toxicity, makes triclosan a favourable candidate for use in the clinical setting as an antimicrobial suture in animal studies. Many investigators have examined the relationship between suture construction and chemical composition, as it relates to bacterial attachment and surgical infection.

"Surgical-wound infection increases costs, yet the cost-effectiveness of antibacterial-coated sutures is uncertain."

A new type of antimicrobial suture was established. Monofilament sutures such as monocryl and PDS are used instead of the braided suture vicryl, as these decrease the capillary effect of braided sutures and may help to reduce the rate of SSIs. That said, the US Food and Drug Administration (FDA) has approved polyglactin 910 sutures coated with triclosan for commercial use since 2002. There have been eight reports on human usage in the past ten years. Five favoured antimicrobial sutures, one study did the opposite, and two showed no difference in efficacy of the various types of suture. Study in this area has been unclear for decades, and it is time for the efficacy of this suture to be re-evaluated.

Ethicon is currently the only manufacturer of commercially available antimicrobial sutures. All products have simply added triclosan to the original suture, so both products have similar features (as shown in the image, above). Products available from Ethicon are:

A review of 30 years of triclosan use has shown there to be no risk of resistance, carcinogenic potential, genotoxicity or skin sensitisation, while pharmacokinetic studies have demonstrated that triclosan is rapidly absorbed, well distributed, metabolised in the liver and excreted by the kidneys, and no association has been found between triclosan and antibiotic resistance or susceptibility of bacteria isolated in the community. However, triclosan’s increased use has led to more reports on the agent.

A study has shown that, when in contact with chlorine, triclosan enhances the production of chloroform, which is classified by the US Environmental Protection Agency (EPA) as a probable human carcinogen. There have also been findings linking triclosan to adverse health effects in animals. In April 2010, the FDA announced it was conducting a review of triclosan in FDA-regulated products. The agency is also collaborating with the EPA to study its potential endocrine-disrupting effects.

Major complications in surgical site infections still exist, and increase morbidity and mortality every year. Antibacterial sutures help wound healing by reducing the risk of surgical site infections. Through in vitro study, these sutures have shown efficacy in reducing suture-related infections, but this initial promise has not been borne out by clinical studies. Despite the sutures being launched in commercial markets, their effectiveness remains unclear, and complications can occur. It is, therefore, necessary to examine the evidence regarding the clinical effectiveness and adverse effects of antibacterial sutures.

Surgical-wound infection increases costs, yet the cost-effectiveness of antibacterial-coated sutures is uncertain. Higher-quality research is needed. However, the principles of effective wound care are still a priority for healthy wound closure.