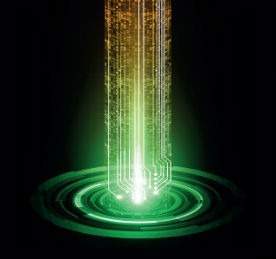 Eduard Fassbind founded swisstec micromachining over a quarter of a century ago, intending to make a difference in technology. Today, that desire is a reality, with some of swisstec’s designs leading to better and less-invasive surgery to help thousands of patients across the world.

The orthopaedic market has seen a lot of changes over a short time, with 3D printing of parts usurping old models of surgery and becoming commonplace. Many have hoped that this will lead to a less expensive and time-consuming way of sourcing the implants, but Fassbind’s interest lies in the actual operations.

"The capability of laser systems for fine and micro-cutting is only ever as good as the overall concept, made up of the engineering, the beam source, and inline quality testing and automation," Fassbind explains. "Therefore, the maximum potential is only reached by application-specific systems – for cutting stents, for example."

The machines are able to better help surgeons cope with the problems of today’s healthcare issues. These include the likes of clogged arteries – something usually caused by poor diet, smoking, illness or genetic conditions – that can have serious, often fatal, consequences for patients.

Stents are implanted vascular supports that restore unimpeded blood flow into the arteries. Depending on the implantation location in the body, the diameter of a stent can be anywhere between 1 and 10mm, while the length can range from a few millimetres up to several centimetres.

However, there is one thing that all stents have in common: their maximum diameter is not required until they are properly positioned in their final location. To get there, they are pushed through the arteries while having a smaller diameter.

Only once the stent is in place is it expanded. Devices made of special stainless steel or cobalt-chromium are normally expanded to the required dimension by the operating surgeon using a balloon, but ones made of the shape-memory alloy Nitinol are a special case.

During production, after the cutting process, stents made of this extremely flexible material are mechanically expanded to the final diameter required. The expanded condition is then embedded in the ‘memory’ of the Nitinol in an oven. The stent is then mechanically reduced back to a smaller diameter. When the Nitinol stent is finally implanted, the patient’s body heat causes it to expand back to the ‘remembered’ diameter of its own accord.

However, it takes a lot of production steps to get from a tube to a fully implanted stent, and laser cutting is one of the central operations in this process.

Lasers in the orthopaedic market are something that many people might not be familiar with, but Fassbind believes they are an important part of the future for the industry. "Laser cutting at 300mm or less is very precise," he explains. "Most metal stents are cut from tubes with wall thicknesses that are often just a few tenths of a millimetre. The design is optimised so that the best possible blood flow is guaranteed and maximum flexibility retained.

"In addition, the stent needs to be able to withstand the expansion as well as possible. For the laser process, this means cutting very fine structures with extreme precision, and preventing heat-affected zones and micro-cracks. With the fibre lasers and high-precision mechanical components we use, this can be done with an accuracy of ±1µm."

Such fibre lasers operate mainly in the infrared spectral range, typically at 1,070nm, and with an output of 50-200W. Depending on the material, dimensions and design, cut widths of 10-20µm and below can be achieved.

"In our Multi Flexi Tube [MFT] system – which is designed for cutting tubes for needles, cannulas and stents – the tube is moved horizontally by an X-axis powered by linear motors," he says.

The capability of laser systems for fine and micro-cutting is only ever as good as the overall concept. Therefore, the maximum potential is only reached by application-specific systems.

"At the same time, the A-axis rotates the tube, which is mounted on high-precision guides. In applications for stents, the laser head therefore remains in position. In applications where an offset cut [a cut that does not pointtowards the centre] is required, two additional, fully NC-controlled axes that move the laser head horizontally or vertically are available."

One particularly useful facet of the MFT series is the wet cutting function, in which the tube is rinsed inside with water. This is not only has a cooling effect but also gives protection to the opposite wall. A process gas adapted to the material, such as argon, nitrogen or oxygen, is normally used for laser cutting. This allows cutting speeds of greater than 3,000mm/min with a geometry quality of ±1µm to be achieved.

When it comes to laser cutting, the development of prototypes and then the progressing of these to mass production is a procedure requiring delicacy and innovation, something that Fassbind’s team excels in. As soon as the design of a stent is specified, the 2D drawing can easily be converted into an NC code using the CAM program. This controls the cutting process, including all parameters such as speed, gas pressure and water flow.

"Because of its compact dimensions, the smallest model – with a cutting length of 75 or 150mm, only requires 0.7m2 of floor space – and the easy handling of the cutting process enables these systems to be used in the actual development of the stent design," says Fassbind, adding that this is particularly helpful in the production of needles, cannulas and tubular endoscopic devices, where different dimensions are required and can be machined on the same system.

In production plants that are intended to run 24/7, automatic systems are often in use. In this case, the tubes are not only fed from a loading magazine but are also connected to the water supply fully automatically. For the discharge system, the range includes everything from a simple collecting container to pneumatic ejection through to individual discharge by a robot arm with six axes.

"Even tasks that go beyond laser cutting can be part of a customer solution," says Fassbind. "In the manufacture of endoscopes, for example, welding and even mechanical processing operations, such as grinding with diamond tools, or punching and bending, are used. As the variety of medical tools and implants appears almost unlimited, no two machine solutions are the same in these kinds of comprehensive projects."

There are many new technologies and applications that design versatility and flexibility is crucial for, as Fassbind points out: "There is hardly any sector that has such intensive research as medical technology; new scientific findings are constantly influencing the development of new implants, medical tools and equipment."

One such area in stent production is the use of polymers or magnesium, which can be metabolised by the body.

"Of course, these materials necessitate new laser technologies, as conventional lasers would literally burn them up. Ultra-short-pulse lasers [USPLs] with pulse lengths in the pico or even femtosecond range, instead of the normal microseconds, will be applied here."

An extremely large amount of energy is packed into these short pulses, subliming the material instantly to a gaseous state instead of it melting first. As a result, material is removed pulse by pulse without the surrounding material being heated. It is therefore referred to as a cold process.

"However, this laser technology achieves outstanding results not only with these new materials but also with conventional ones. Depending on the material, the process may be slower than cutting with a fibre laser, but the cut edges are free of burrs and waste, and the heat-affected zones are negligible."

USPLs like this can now be fully integrated into microprocessing systems already available on the market. Of course, this kind of system needs to meet requirements for robustness and accuracy, and should ideally be based on stable granite. This not only protects the components against mechanical damage but, because of its temperature-retention capability, also provides the maximum possible independence from temperature fluctuations.

The new USPLs thus open up the possibility of raising the production of medical implants to a totally new level. Cost savings come from the minimal post-processing work required, for example. In addition, slimmer wall thicknesses of the often expensive materials are possible, and brand new materials could find their way into medical technology. Many companies are currently taking their first steps in this direction. New designs are being tested and more potential applications are being identified. It is highly likely that, in future, many patients will be fitted with stents and other implants that, until recently, would have been technically impossible.

Fassbind and his team’s passion for their work is clear: they have an ongoing dedication to making their solutions work, and an ongoing commitment to development and scientific research.

As Fassbind puts it, "We will see what the future holds."