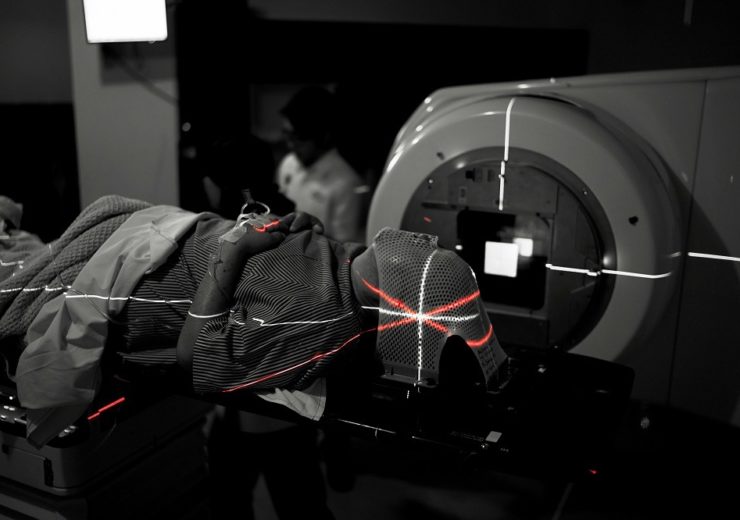 University of Waterloo researchers claim while current efforts focus on optimal scheduling of radiotherapy treatment, they do not include a similarly sophisticated spatial optimisation for brain tumours (Credit: Wikimedia)

Radiotherapy used to treat brain tumors can be improved by a new mathematical model to target more rogue cells has been developed by researchers at the University of Waterloo based in Ontario, Canada.

The new model focuses on identifying the densest area that consists most of the tumour cells to help doctors prescribe appropriate radiation doses for each part of the brain, while minimising damage to healthy cells.

According the American Brain Tumor Association, the condition can affect all ages, genders and ethnicities, with more than 700,000 Americans living with such a tumor today.

More than half of patients who receive radiation therapy to treat brain tumors suffer irreversible cognitive damage, with consequences especially harmful to children

Cameron Meaney, a PhD candidate in Waterloo’s Department of Applied Mathematics, said: “Typically, cells in a tumour are packed at a higher density in the middle and less as you go further out, but that fact is not fully taken into account in current radiation treatment.

“If we have a better understanding of tumour cell density, then we could design treatment in a better way to kill more cells.”

The most common primary brain tumour glioblastoma is known for its highly aggressive growth and invasion, leading to short survival times.

Treatment commonly involves a combination of surgical intervention, chemotherapy, and external beam radiation therapy, with a varied response to how the brain tumour responds.

However, early assessment of therapy response is essential in order to choose the best possible treatment for the patient.

External beam radiotherapy involves treating patients with either high energy X-rays or particle beams, from which tumour cells are killed by the radiation. This is usually administered in multiple fractions, which are applied daily over several weeks.

To develop the model, the team of researchers set a limit on a number of administrations for the entire treatment and then divided the brain into areas based on tumor cell density after imaging the tumour twice.

This was followed with a determined radiation dose and strength for each area.

The researchers found that in many cases, an even distribution of radiation was not required.

Only if a rather high density area is detected, should a high-concentration administration be applied in more precise space to significantly increase the number of tumour cells killed during treatment.

The growth model, designed using the images to create a replica of the development of malicious cells, will help oncologists use the derived profile to understand cases better and prescribe more appropriate treatment.

Mr Meaney said: “It turned out that not necessarily in all cases do you want to distribute the radiation dose evenly between the fractions.

“What our model has shown is that perhaps what’s best is if we take the total radiation dose that we’re allowed to give a patient and administer it over a small area at high strength where the cells are most dense instead of spreading it over a big area with semi-weak strength.”

Titled Spatial optimization for radiation therapy of brain tumours, the study has been published in the scientific journal Plos One.