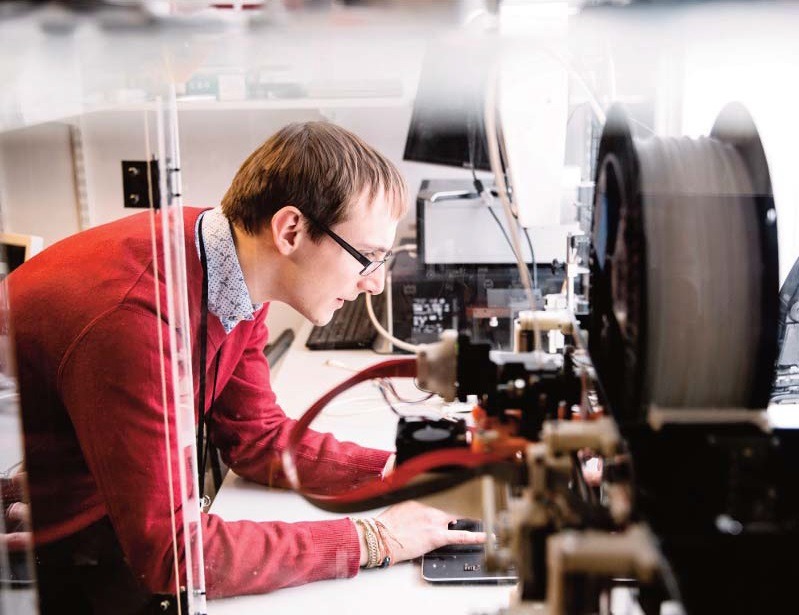 MediSieve's technology circulates a patient’s blood outside their body in order to capture and remove specific disease-causing agents (Credit: MediSieve)

With blood-borne diseases becoming increasingly prevalent around globe, finding new, flexible solutions to tackle the likes of malaria, leukaemia and sepsis is becoming a race against time for many. A new drug-free therapy from London-based medical technology company Medisieve could provide a solution in its new magnetic blood filtration device. CEO and designer of the tech Dr George Frodsham tells Anjuman Rahman how he believes his device could eventually offer hope to victims of many life-threatening diseases.

London-based medical device company Medisieve has developed a technology with the potential to revolutionise the treatment of blood-borne diseases such as sepsis, malaria and leukaemia.

Known as Magnetic Blood Filtration, it’s a method that consists of removing various components from the blood, which could be the likes of specific cell populations, pathogens, toxins, or cytokines.

It was developed by Dr George Frodsham, CEO and founder of MediSieve.

He told NS Medical Devices: “The potential impact in all these diseases is significant – these are some of mankind’s most deadly diseases and they cause huge suffering.

“Malaria, for example, kills 450 million children every year, there are six million patients worldwide who are hospitalised with severe disease and could benefit from magnetic blood filtration.

“Sepsis kills 45,000 every year in the UK – about the same as the average capacity of a premier league football stadium.

“Leukaemia is one of the most common cancers and biggest killers of children in the developed world.”

The device has not been trialled in humans, so is not currently available for treatments. Once validated in clinical trials, it will be used exclusively in hospitals.

How pathogens are retrieved from patients to treat blood-borne diseases

As most efforts to tackle the likes of malaria focus on prevention, such as vaccines and bed-nets, rather than new treatments, MediSieve emphasises the importance of investing resources into new, potentially life-saving solutions.

The company’s magnetic blood filter, which works in a similar way to dialysis, takes out infected red blood cells from the bloodstream, reducing parasitaemia — the presence of parasites in the blood.

Blood is passed through a strong magnetic filter which captures the infected cells and the remaining blood can then be returned to the patient.

“Targeted magnetic particles are infused into the blood within the extra-corporeal loop.

“These tiny particles bind specifically to the pathogens that we want to remove. The blood then passes through our magnetic blood filter which captures the magnetic particles and pathogens bound to them.

“The rest of the blood then returns to the patient unaffected by the procedure.”

The whole process takes place within the extra-corporeal loop, so the magnetic particles never enter the patient’s body.

The procedure takes two to four hours depending on the patient and pathogens to be removed.

Dr Frodsham says: “Using this method, practically anything can be directly removed from the bloodstream, including specific cells, toxins, bacteria, viruses or inflammatory cytokines.”

What makes the Magnetic Blood Filtration a unique system?

Currently, almost all blood-borne diseases are treated with pharmaceuticals that kill or block specific targets. This often brings downsides, such as side-effects, drug resistance, non-specificity and the inability to treat certain patients.

In some cases, toxins left behind in the patient’s bloodstream can result in organ failure and death.

WHO’s latest World Malaria Report revealed that despite the active efforts by health officials, an estimated 219 million cases of malaria were reported worldwide, yet no significant progress was observed globally in reducing instances of the disease.

The number of malaria deaths in 2017, which stood at 435,000, remained unchanged last year due to an increase in civil unrest and war, environmental challenges such as climate change, insufficient resources, gaps in coverage and the quality of interventions.

Dr Frodsham said: “Our current focus is on malaria, sepsis and leukaemia.

“In malaria, the device would be used exclusively on severe malaria patients who are hospitalised and have a high risk of death.

For patients diagnosed with Sepsis, which according to WHO, six million die from annually, the company uses its technology to target sufferers in the intensive care unit, for whom the intervention could be life-saving.

However, leukaemia patients being treated with CAR T-cell therapies make up its initial target.

“We aim to treat CRS in a way which doesn’t affect the therapeutic effect of the CAR-T therapy.

“The key differences over other technologies are specificity, efficiency and flexibility.

“Our method ensures that only targeted substances are removed, whereas other techniques are non-specific, for example removing all substances of a particular size or weight, thereby removing ‘good’ things alongside the ‘bad’ things.

“Secondly, our method is highly efficient and is able to process several times a patient’s total blood volume in a single procedure, ensuring high levels of capture.

“Finally, our method is highly flexible, enabling a large number of potential use cases. It enables the removal of many different targets, from large cells to small molecules — at the same time if required.

“The removed substances can also be recovered from the filter post-treatment if desired, which can be useful for diagnosis or research.”

Due to its flexibility, there are a large number of potential clinical applications, which the company has set as its main objective to identify and use as an intervention at a key point.

This could have a significant impact on patient well-being and ultimately, survival.

Dr Frodsham’s background features an undergraduate degree in Physics & Philosophy, a Masters in Nanotechnology and a PhD in Biochemical Engineering, during which he developed the magnetic filter.

Dr Frodsham explained the technology is currently being validated pre-clinically in the lab and in animal models.

“The results so far are very promising,” he says.

“The magnetic filter, which is used for every disease, is the most advanced aspect of the technology, and is ready to be accessed in clinical trials, we hope to start these before the end of the year.

“By itself, it can be used to treat severe malaria, thanks to the naturally occurring magnetic properties of malaria infected cells.

“For sepsis, leukaemia and other diseases, the targeted magnetic particles are required, with a different particle developed for each substance to be removed.”

These are being validated in the laboratory, in human blood proof of concept models and clinical trials are planned for 2021, starting with sepsis.

Dr Frodsham added: “Moving forward, our ambition is to continue developing the technology into a platform that enables doctors to remove a huge range of substances from blood in order to treat lots of different blood-borne diseases.”

From 2020, MediSieve will be seeking further investment to support that development.