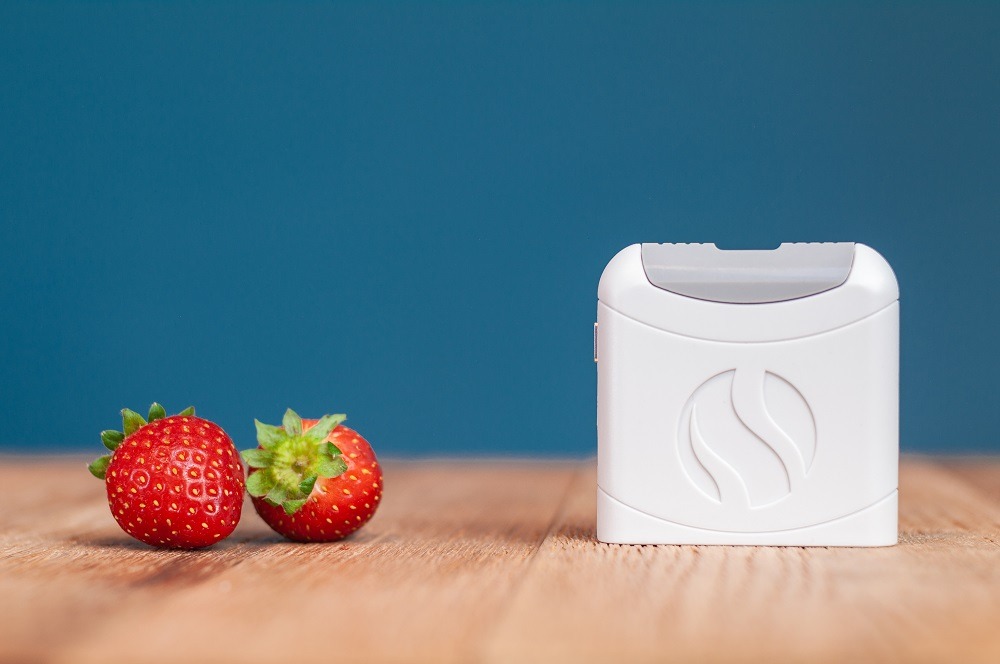 The technology comprises a breath analysis device and connected app that enables users to measure their digestion in real-time and observe how they absorb different types of foods to overcome digestive problems.

Researchers from New Zealand’s University of Auckland found the pocket-sized device successfully detected malabsorption — a disorder in absorption of food nutrients — of lactose and milk.

Professor David Cameron-Smith, the principal investigator of the University of Auckland study, said: “Given FoodMarble’s substantially lower cost, its small size and the ability to test in the home or anywhere, we wanted to test its validity.

After this initial success, we’re excited about the prospect of using the FoodMarble in future studies to unravel the links between food and digestive discomfort.”

The study titled Validity of a portable breath analyser for the assessment of lactose malabsorption was published in Nutrients, a peer-reviewed scientific journal.

How the AIRE device by FoodMarble helps solve digestive problems

According to a public charity the International Foundation for Functional Gastrointestinal Disorders, irritable bowel syndrome (IBS) is the most common functional gastrointestinal disorder.

IBS affects one in eight people worldwide and can have an extremely disruptive impact on those affected, as symptoms may include disordered defaecation — constipation or diarrhoea or both — and abdominal distension, usually referred to as bloating.

It most often occurs in people between the ages of 20 and 30 years and is twice as common in women as in men.

Prevalence in the general population is estimated to be between 10% and 20%.

Lisa Ruttledge, co-founder and chief operating officer at FoodMarble told NS Medical Devices: “IBS and Small Intestinal Bacterial Overgrowth (SIBO) are two hard-to-treat and incredibly common digestive disorders and up until now, they could only be managed with time consuming and costly hospital-based tests.

“This FoodMarble device is the first personal connected device of its kind.

“This enables the clinician to lead remote management of these challenging and costly conditions. This will lead to better outcomes, lower costs and greater patient satisfaction and engagement.”

Founded in 2016, FoodMarble’s AIRE device was created by CEO Aonghus Shortt, an engineer who began working on the product in 2015 to help his girlfriend, Grace, find what foods triggered problems for her.

He said: “After seeing the impact that digestive problems had on my girlfriend’s life, I wanted to create a tool that could empower individuals to take control of their digestive health, learn more about what causes their uncomfortable digestive symptoms and improve their well-being.”

Niall Moloney, dietician at FoodMarble, added: “IBS is made up of a number of underlying conditions and triggers, which aren’t fully understood yet.

“Our goal is to help our users build a comprehensive picture of their digestive health so we can deliver meaningful and actionable feedback to them.”

The AIRE device works by analysing the hydrogen in a person’s breath, which is caused by the fermentation process of food being broken down in the large intestine.

When people have trouble digesting food, the food sits in the gut and begins to ferment, creating hydrogen gas that’s then present in the their breath.

The AIRE device can detect this hydrogen, before sending the results to an app, which allows users to store tests, associate them with particular foods, and understand what the results mean.

It was launched seven months ago and uptake has continued to grow since then. In July, the start-up registered its 300,000th breath test on the platform.

Dr Bu Hayee, consultant gastroenterologist and clinical lead at King’s College Hospital, said: “IBS is a really challenging condition for patients to manage and often physicians are limited in the support they can offer.

“We are keen to explore if we can improve patient outcomes and experiences through innovative technology like FoodMarble.”