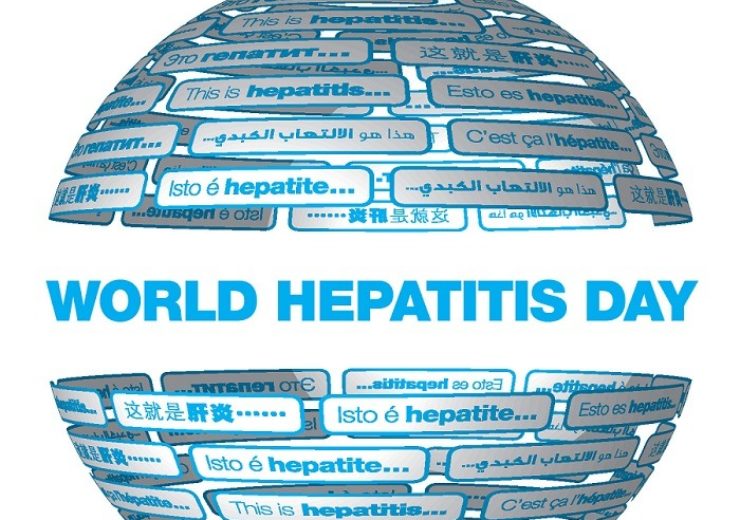 To mark World Hepatitis Day, NS Medical Devices takes a look at the latest technology and drugs designed to combat the infectious disease that responsible for more than one million deaths a year.

Significant progress is being made in both the prevention and treatment of the condition, which is a viral infection that causes inflammation of the liver.

But if left untreated, it can lead to liver cancer, liver failure and ultimately death.

Deaths from the infection have increased by 22% since the year 2000, despite it being both preventable and treatable – and in the case of hepatitis C, curable

But more than 80% of people living with the condition are lacking prevention, testing and treatment services.

We profile a range of studies for better insights and treatments capable of transforming lives by detecting and preventing the various forms of hepatitis.

Researchers from Imperial College London used artificial human organs, or organs-on-chips, to model the structure and function of a human liver to take a closer look at hepatitis B infections.

Organs-on-chips contain living cells on scaffolds – a framework that holds cells or tissues together – which have similar physiological, mechanical and structural properties to organs in the body.

At the moment, hepatitis B infections are incurable, but using this technology, they can determine how pathogens interact with the artificial organs.

Drugs or viruses move through tubes that replicate blood vessels and pass through the cells.

The team used an artificial liver – originally developed by University of Oxford spin-out and biotechnology company CN Bio Innovations – and tested its response to the hepatitis B infection.

The technology responded in a similar way to the body, with immune cell activation and infection marker expression.

Importantly, the study has helped discover how the virus avoids the immune system, which could be used for future drug development and treatments to tackle hepatitis.

According to a new study published in the Journal of Clinical Proceedings, T-cell therapy cured chronic hepatitis B in a mouse model, and claimed it to be the first time researchers successfully controlled the virus.

T-cell, also called T lymphocyte, is a type of white blood cell that forms an essential part of the immune system.

Dr Karin Wisskirchen, the lead author of the study, explained that a new T-cell therapy, specifically designed to fight hepatitis B infections and the associated liver cancer, was used to test the immune cells in a humanised mouse model – a genetically manipulated mouse used for medical research.

A single dose of receptor-modified T-cells was sufficient to control the virus in its liver.

It is known that in chronically infected patients, virus-specific T-cells either cannot be detected or demonstrate decreased activity.

But, if patients are able to keep the virus under control by themselves, a strong T-cell response becomes detectable.

Reducing costs of the expensive therapy

Researchers from Loyola University Chicago Stritch School of Medicine and Loyola Medicine, found that in 50% of patients, the standard 12-week treatment regimen could be reduced to six weeks without compromising its curative properties, leading to significant cost savings.

A class of oral medications called direct acting anti-virals (DAA) eliminates the virus and cures 90% of patients with minimal side effects.

However, the high cost limits access to the drug and is a substantial financial burden on Medicare, Medicaid and private insurers.

Dr Harel Dahari, co-first author of the study titled, Response-Guided Therapy with DAA Shortens Treatment Durations in 50% of HCV-Treated Patients, explained that it has the  potential to save 20% of the costs of hepatitis C drugs.

In addition to cutting costs, he claims shorter treatment regimens would make it easier to treat hepatitis C patients who have limited health insurance benefits.

After a few weeks of treatment, researchers measured how much hepatitis C virus levels had decreased and used mathematical modelling to estimate how long it would take to completely eliminate the virus.

The study, which was conducted with a group of 22 patients, found that the treatment could be shortened to 10 weeks in one patient (5% of the total patients), eight weeks in eight patients (36%) and six weeks in two patients (9%).

Twenty-one patients remained virus-free and the only patient who relapsed had the most difficult-to-treat form of the hepatitis C virus, known as genotype 3.

The proof-of-concept pilot study showed that using response-guided therapy to reduce treatment times is feasible but to validate the results further, a large multi-centre trial is currently underway in Israel.

Chinese researchers found that a compound – previously investigated for the treatment of head-and-neck cancer – might be a key ingredient for the development of drugs that treat hepatitis A.

A high-resolution electron microscopy was used to visualise structures of the hepatitis A virus bound to those antibodies.

The hepatitis A virus is primarily spread when an uninfected or unvaccinated person ingests food or water that is contaminated with the faeces of an infected person.

It infects approximately 1.5 million people annually and continues to cause substantial amounts of death.

There are currently no FDA-licensed therapeutic antiviral drugs against hepatitis A infection.

The study, conducted by researchers from Sichuan University, Tsinghua University and the Chinese Academy of Sciences, identified one promising inhibitor – a substance which slows down or prevents a particular chemical reaction – named golvatinib.

Its ability to block viral infections and neutralise them was confirmed during the trial, with the authors claiming this combined experimental and computational approach could be useful in the design of effective drugs for hepatitis A.