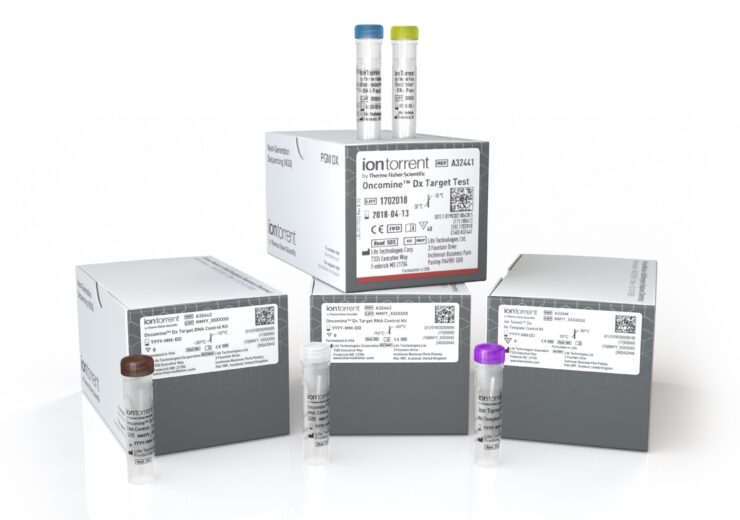 Thermo Fisher Scientific as received the US Food and Drug Administration (FDA) premarketing approval for its Oncomine Dx Target Test to identify a type of non-small cell lung cancer (NSCLC).

The US regulatory agency has approved the test as a companion diagnostic (CDx) to identify RET fusion-positive, metastatic NSCLC in patients eligible for GAVRETO (pralsetinib) treatment.

GAVRETO is a targeted once-daily oral therapy, developed by Blueprint Medicines, to target RET-fusions and mutations, and was recently granted accelerated FDA approval for the treatment of metastatic RET fusion-positive NSCLC in adult patients.

The healthcare company said that its Oncomine Dx Target Test was previously approved in 2017, as a next-generation sequencing (NGS)-based CDx for biomarkers related to three NSCLC therapies.

Thermo Fisher said that the FDA approval was supported by data from the ongoing Phase 1/2 ARROW clinical trial in patients with RET fusion-positive NSCLC with or without prior therapy.

The test is currently approved and reimbursed by government and commercial insurers in the US, Europe, Japan, South Korea and Israel.

Japan’s Ministry of Health, Labour and Welfare (MHLW) has approved the test as a CDx for four biomarkers including EGFR, ALK, ROS1 and BRAF, related to 12 NSCLC targeted therapies.

“Our tests are designed to require the least amount of sample of any NGS IVD test on the market, leading to more patients benefiting from the test and put on the right therapy upfront.

“As part of our commitment, we remain focused on developing our next generation companion diagnostic by taking Oncomine Precision Assay and the Genexus System through the FDA’s approval process.”