Music professor Andrew Hugill who struggles with several hearing loss diseases, discusses his drive behind the Aural Diversity initiative and how hearing technology can be more catered for musicians 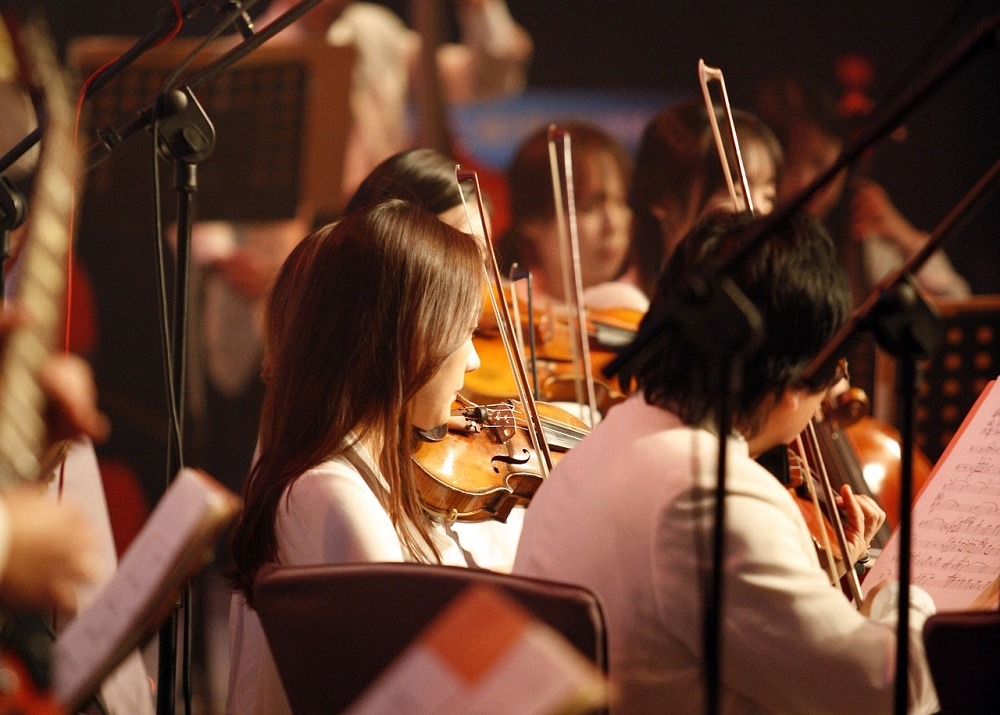 Professor of Creative Computing at the University of Leicester Andrew Hugill, who was diagnosed with Ménière’s disease, a rare disorder that affects the inner ear, set up the Aural Diversity project in 2009 to celebrate how everyone listens to and compose music uniquely.

He persevered through the use of multiple treatments and hearing aids until he was fitted with the ReSound LiNX Quattro, which made the life-changing difference that enabled him to continue his career.

GN Hearing is the Danish manufacturer behind the hearing aid, which uses advanced technology to improve sound that is described as delivering “the best sound quality and speech intelligibility available on the market” by the firm.

The 62-year-old identified a common struggle among musicians with hearing aids, which is the neglect in quality of sound in favour of amplification, something he feels shows little awareness to importance of music.

“I have climbed the ‘ladder’ of Ménière’s treatments, including drugs such as betahistine and diuretics, a low salt diet and grommets,” he told NS Medical Devices.

“The biggest treatment was a series of gentamicin injections which destroyed my balance function on the right side, but stopped the worst of the vertigo.

“I began wearing hearing aids in about 2010, starting with Siemens Tek, then working through NHS aids and eventually GNResound aids.

“My current aids are the GN ReSound LiNX Quattro, which are a noticeable improvement on anything I’ve tried before.”

Professional musicians are almost four times more likely to develop noise-induced hearing loss than the general public, and 57% more likely to have tinnitus – a ringing or buzzing in the ears – one study published online in Occupational & Environmental Medicine suggests.

Noise-induced hearing loss can be caused by very loud sudden noises, but it may also develop gradually, as a result of repeated exposure to loud noise, claim the study’s authors.

Prof Hugill says: “Musicians often find themselves in situations where other instruments make loud or intense sounds nearby.

“Also, certain instruments such as a piccolo or violin can cause damage due to their proximity to the ear, or through bone conduction.

“Music is a noisy business, especially with modern amplification techniques, and this has consequences for musicians.

“But also, remember that people listening to loud music for long periods using in-ear headphones or in-car entertainment systems are equally at risk.

“We are creating an epidemic of tinnitus and hearing loss.”

The ReSound LiNX Quattro’s hearing aid connects with an app, ReSound Smart 3D, that features a wide range of white noise and nature sounds to play in the background for relief from tinnitus – it can be controlled separately from the hearing aid microphone.

The rechargeable technology relies on a new processing chip, which processes numerous dynamic sounds so that quiet inputs are heard accurately, while loud sounds come through without distortion.

It’s the first smart hearing aid to use AI, a functionality that allows it to pair up with Apple’s Siri to take advantage of new Layers of Sound technology and cloud-based features that allow for remote device fine-tuning.

Functions that can suppress distracting and unnecessary sounds, on the other hand, are often dismissed causing debilitating effects on wearers.

He explained: “I have some hyperacusis as well as hearing loss, so the world can be too noisy sometimes, you know.

“ReSound LiNX Quattro has massively improved my quality of life in this regard.”

The audience had a chance to enjoy aurally-diverse music through a multisensory experience that included streaming directly to hearing aids or headphones, vibrations in the floor, sign language, subtitles and videos.

He identified a common complaint among musicians with hearing aids is the neglect in quality of sound in favour of amplification, something he feels shows little awareness to importance of music.

“The range of frequencies covered in normal tests [125Hz – 8KHz] does not extend to the full musical range [20Hz – 20KHz],” he explained.

“Also, the tests operate at the limits of hearing, whereas most people, and especially musicians, rarely listen at the limits.

“What I want to do is to create music for an aurally-diverse audience that can be accessed in several ways, depending on hearing profile.

“I also want to enable musicians with hearing impairment to work together.”

“The ultimate aim is to change the aesthetics and practice of music and sound by creating a platform and a set of conventions for concerts, as well as new research into the ‘consequences of aural diversity for music and sound design’.”

Wearers need more control over every aspect of their device, Prof Hugill says, and the ReSound LiNX Quattro is the closest he has come to feeling a high level of control.

He envisions features such as a graphic equaliser that allows users to adjust a range of frequencies extending down below 125Hz, and more channels below 1KHz.

It’s a field in medical devices and healthcare that is currently very popular, for future developments of hearing aids to become more distinctive, personalised and accessible, the composer suggests wearers be given abilities that non-hearing aid wearers do not have access to.

He said: “Why must hearing aids be seen as correcting a deficiency? Our hearing is different from normal – that cannot be changed – but perhaps we can use that to access new and different information streams.

“For example, my hearing aids could guide me through an airport or recognise and identify birdsong in the field.

“There are so many things that could, and probably will, be done.”