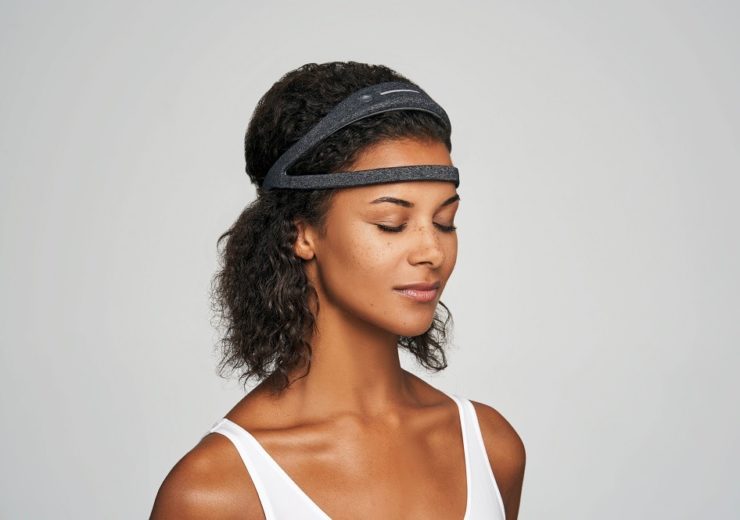 The Dreem 2 headband is designed to be a more comfortable and user-friendly alternative to traditional sleep monitoring methods (Credit: DREEM)

A brain simulating headset has been developed to enhance the quality of sleep for people battling with insomnia, providing non-invasive tools that work overnight to help improve sleeping habits – a global change World Sleep Day is addressing today.

The wearable technology was built by combining neuroscience research with advanced technology features after 26-year-old co-founder and CEO Hugo Mercier, launched the company in 2014 whilst studying computer science at Paris’s Ecole Polytechnique.

Mr Mercier told Compelo: “I started the company when I was a student four and a half years ago to eradicate bad sleeping across the world, and what I found was that bad sleep is one of the biggest healthcare issue of our time.

“We have one third of the global population who are not sleeping well due to their lack of well-being from high anxiety levels and diabetic conditions, also women who are going through pregnancy.”

What is World Sleep Day?

Sleep deprivation has become a crisis currently affecting more than one third of the global population.

Today will call for action on important issues related to sleep, including medicine, education, social aspects and driving for better management of sleep disorders.

According to the Sleep Council, a British-based an organisation dedicated to promoting healthy sleeping habits, 22% of Britons sleep poorly most nights, with an additional 5% saying that they sleep very poorly.

In addition, 26% of the health issues associated with the lack of sleep are due to insomnia.

Inefficiency in sleeping medication and devices

The tech industry is producing a number of sleeping technologies and devices to track and record unusual habits and sleeping patterns, however, not many are directly curing the issues.

Therefore, many people turn to sleeping pills and medications for temporary relief, a worrying treatment method the NHS has linked to a raised risk of death and addiction.

Mr Mercier said: “People complaining about sleep normally take the easiest solution which is quite widespread, and that is sleeping pills.

“But today, it’s common knowledge that sleeping pills are really bad for health, they are correlated to long term health damages and side effects.

“Also, the recent sleeping tech products that are being created, most of them are not accurate and are programmed just to track sleep, which is wrong 50% of the time when analysing sleep.

“This comes from the accelerometers incorporated that are solely based on movements, which are not effective because we move during light and deep sleep.

“So if you’re wrong 50% of the time with regards to how someone sleeps, you can’t get the right diagnosis or profiling of the sleeper, which will then lead to recommending and prescribing the wrong treatments.”

How the Dreem headset eradicates insomnia

Established with two headquarters in Paris and San Francisco, it took the Dreem team years of research and iterations to reduce their headset size as well as upgrade thier custom-designed EEG (electroencephalography) sensors and pulse oximetre.

Mr Mercier said: “It was an incredible design challenge because we needed to develop the product in away that wouldn’t disturb their sleep. The first design was 350g and today, our product weighs 100g.”

The pulse oximetre is used to measure the oxygen level  of the blood to gather information while asleep using sound transmitted directly to your inner ear.

Th custom-designed EEG records and analyses the wearer’s brainwaves during every stage of sleep in real-time before investigating the data on an internal central processor.

They are features Mr Mercier claims are absent from other consumer solutions as they use basic technologies delivering ineffective information.

The light-weight fabric band will also use its smart alarm to wake the user when it detects light sleep.

The wearable device is composed of three signature layers – Dreem Band, Dreem Techniques and Dreem Coach – an app which accompanies the user to solve bad sleeping habits with its library of thematic programmes like cognitive behavioural therapy.

Mr Mercier said: “From what we see from the data of people when they first begin to use the Dreem products, it takes about one to two hours to fall asleep. And after eight weeks of use, it only takes 15 to 20 minutes to fall asleep.

“So it takes about six to eight weeks to get in to a steady healthy sleeping pattern depending on the people and their situation, which is fast considering some of these people have been suffering from a long history of insomnia.

“Moreover, people often return back to using the product because insomnia is a condition that can return quite easily as it’s a mental issue, so it’s a good product for the long term.”