The Breath Biopsy device is designed to diagnose cancer early from molecules exhaled by patients. 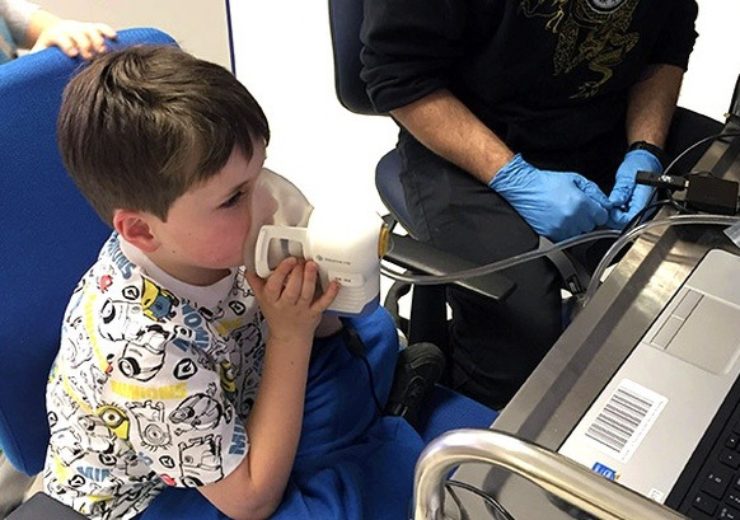 In order to provide early detection of cancer, a UK clinical diagnostics developer has released the Breath Biopsy device that collects and measures chemical compounds produced by growing tumours exhaled by patients in a matter of minutes.

Owlstone Medical’s non-invasive breathalyser is currently being trialled in the UK for cancer, inflammatory and infectious diseases.

Last month, a collaboration to conduct a clinical trial into the early detection of lung cancer between Owlstone Medical and Shanghai Renji Hospital, the first hospital practising western medicine in Shanghai, was announced.

Head of investor relations Chris Claxton said: “There’s a reason that we don’t go to the doctor’s office for breath testing today, and that is because the breath-based diagnostics are hard.

What is the breathalyser Breath Biopsy and its benefits?

Mr Claxton said: “The two unique benefits of Breath Biopsy are that it is completely non-invasive, requiring only comfortable normal tidal breathing, and that it can be extremely sensitive.

“Every minute, all the blood in your body passes through the lungs, so a minute long breath sample effectively samples the entire body.

“If an enriched sample for biomarker discovery is required or biomarkers are appearing at only low levels – simply take a longer sample.”

Despite research coming a long way in detecting various forms of cancer, there are still many that don’t get detected until it’s too late as it’s normally internal, initially painless and not generally connected to anything that would lead to symptoms.

Mr Claxton explained early detection of cancer – particularly in the case of lung cancer -can be very difficult due to it exhibiting similar symptoms to colds and other respiratory infections.

He said: “As of late, much attention has turned towards liquid biopsy looking for DNA in blood that can be a marker of cancer.

“The challenge with this approach is that it can be some time before these markers appear at sufficient levels in blood so that they are detectable.

“However, it is well known that cancer cells exhibit an altered metabolism very early, therefore breath is an ideal medium to detect these metabolic changes given its potential to be extremely sensitive.”

How is the Breath Biopsy currently being trialled in the UK?

The technology is already in use in more than 100 sites worldwide, while additional research on cancers are in progression.

The company is currently focused on working with pharma and academic partners to deploy its non-invasive system to perform biomarker discovery.

Mr Claxton explained the most advanced trial is the Lung Cancer Indicator Detection (LuCID) – a system looking for biomarkers for the early detection of lung cancer and to distinguish malignant from benign nodules on the lungs.

“We’re currently over half way through our 4,000 recruited patients, taking place at 26 sites in the UK and Europe,” he said.

“No results have been published, but we are hoping to be able to issue preliminary results late this year or early next.”

Upon a successful LuCID trial, the company will have a screening test installed for an appropriate population such as long term smokers.

Mr Claxton added: “A cartridge which contains the breath chemicals and holds them stably, would be sent to our Breath Biopsy lab in the UK (we are planning to open labs in the US and China in future) where it would be analysed and a report then sent back to an ordering physician.

“Currently we are mostly engaged in the work of working with pharma and academic partners to deploy our system to perform biomarker discovery.”

“The greatest challenge for the near term is identifying the chemicals on breath that will prove to be effective biomarkers for certain diseases, so we can develop and launch target kits to address these areas.”

Acknowledging the escalating rate of lung cancer in China, Owlstone Medical and Renji Hospital are developing accessible diagnostics for the early detection of disease, which can result in the reduction of health care costs to patients and providers, and an overall increase in survival rates.

The China National Cancer Centre recorded 781,000 new cases of lung cancer last year, this accounts for over one-third of the global total.

With support from the Hong Kong-based charity Li Ka Shing Foundation, the two companies will conduct their first clinical trial in China into the early detection of lung cancer, led by professor Li-wei Wang – the director of oncology at Renji Hospital.

Billy Boyle, co-founder and CEO at Owlstone Medical, commented: “Expansion into China through the establishment of an in-country Breath Biopsy lab and formation of high value partnerships is an important part of Owlstone Medical’s strategy.

“Renji Hospital is a leader in cancer and other areas of medical research and represents an ideal partner for us.

“Through its affiliation with the Shanghai Jiaotong University School of Medicine, and with over 50,000 inpatients per year, the studies undertaken in this newly established Breath Biopsy lab will prove to be a significant driver of our goal to save 100,000 lives, and we are excited to begin.”