Earlier this week, the UK government announced it had pulled support for four devices made as part of the Ventilator Challenge UK 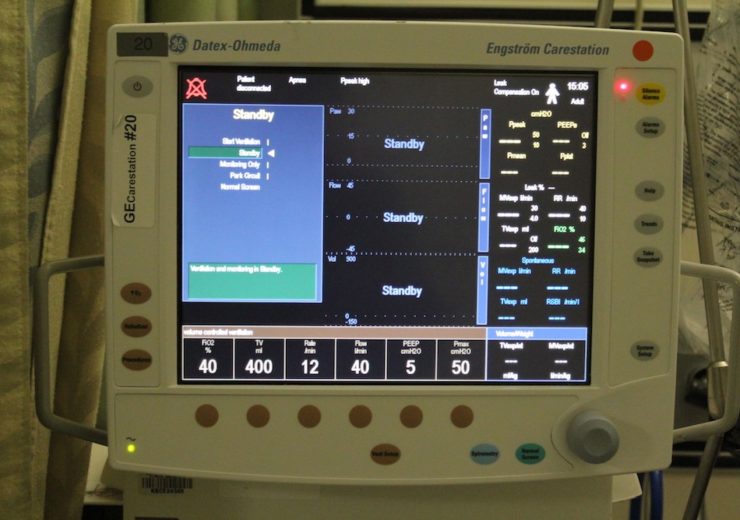 Despite a national effort to plug a shortage of ventilators, the UK government has now begun cancelling projects – suggesting global demand has already peaked along with coronavirus cases, according to an analyst.

Earlier this week, Downing Street announced it had ended support for four devices as part of its Ventilator Challenge UK consortium – a cross-industry project to upscale the production of mechanical respiratory aids during the Covid-19 pandemic.

The decision followed a review by an expert panel of clinicians from the NHS and Britain’s medical device regulator, the Medicines and Healthcare products Regulatory Agency (MHRA) – which had condensed an approvals process that usually takes months.

It has retained support for another four ventilators, while a further five devices – including Dyson’s CoVent respirator –  are due to be reassessed by the panel next week.

Prime Minister Boris Johnson confirmed yesterday (30 April) that Britain’s number of coronavirus cases has peaked, much in line with the rest of the world.

Tina Deng, a medical device analyst at analytics company GlobalData, believes this reduction in demand will likely be the trend around the world.

She said: “With the number of patients needing intensive care declining in some countries, meaning fewer ventilators will be needed, a clearer image of ventilator demand has emerged.

“While the UK government adjusted its needs from 30,000 to 18,000 ventilators, New York plans to send extra units to Maryland and Michigan.

“The total contracts in the US will provide more than 187,000 ventilators by the end of 2020 – the majority of which are likely to be shipped to Mexico and other countries.”

As part of the UK’s efforts to increase capacity, an additional 2,400 mechanical ventilators have been made available to the NHS.

More than 250 have been supplied by the Ventilator Challenge UK, which includes companies including Ford, BAE Systems and Williams Advanced Manufacturing helping established medical device manufacturers Penlon and Smiths Group.

The government has also ordered 15,000 of Penlon’s ESO2 hospital ventilators, the first newly-adapted device to receive regulatory approval in the Ventilator Challenge UK.

Smiths’ paraPAC ventilators, which are designed for use in ambulances, are also still being manufactured at scale.

The devices continuing as part of the project have been selected based on the clinical and technical advice from the panel.

This included testing the ventilators to ensure necessary standards for patient safety and effectiveness of treatment were met.

Earlier this week, the UK’s cabinet office minister Michael Gove said: “The innovation, teamwork, and commitment shown by manufacturers involved in the Ventilator Challenge UK has been inspirational.

“While the government will be ending support for four of the devices, I want to put on record my sincere thanks to everyone involved.

“They are heroes of our national effort and their contribution to protecting our NHS and saving lives will not be forgotten.”

Alongside Penlon and Smiths’ devices, the government will continue to support four other ventilator designs – including Breas Medical’s Nippy 4+ and Vivo65.

The two additional devices – defence firm Babcock’s Zephyr Plus and OES Medical’s Gemini ventilators – are subject to an ongoing review to ensure they continue to meet the needs of the NHS.

The government has said a further five devices are being reassessed by the panel next week.

Among those under review is technology company Dyson’s CoVent ventilator, a new design built after re-engineering a Dyson digital motor.

The company initially said 10,000 systems had been ordered by the government but, last week, its founder James Dyson announced the device was “not now required in the UK”.

He added: “But we don’t regret our contribution to the national effort for one moment.

“I have some hope that our ventilator may yet help the response in other countries but that requires further time and investigation.

“Dyson has spent around £20m on this project to date, I will be funding this and we will not ​be accepting any public money.”

No new ventilator devices from non-medical manufacturers have been cleared so far, says  analyst

Of the four devices being advanced by the government, two are based on existing designs – with another involved in building ventilators prior to the Covid-19 outbreak.

To manufacture ventilators at this time, Deng said the most successful devices rely on partnerships between these types of businesses and engineering companies.

She added: “This is done through the expansion of existing or lightly modified versions of approved ventilators.

“None of the new designs from non-medical manufacturers have been cleared so far.”