F1 team Williams is one of the businesses making up VentilatorChallengeUK, a consortium of 14 manufacturers looking to increase the country's ventilator supply 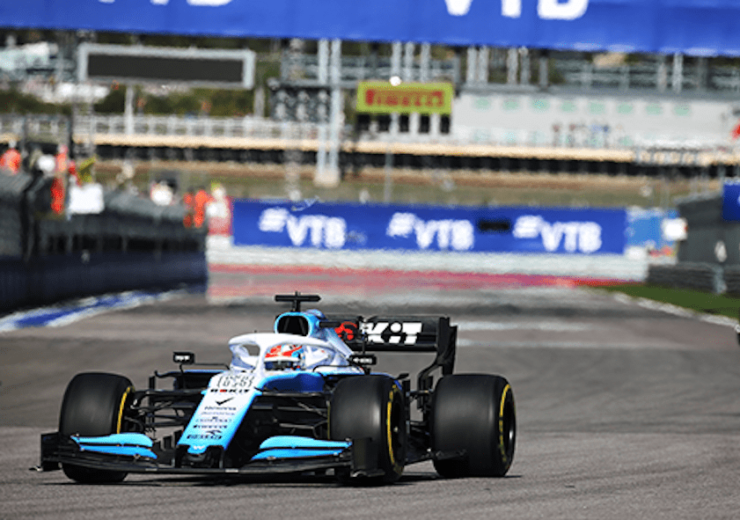 Williams F1 subsidiary Williams Advanced Engineering was set up in 2010 to 'address the challenges of 21st-century mobility and sustainability' (Credit: Williams F1)

When several Formula 1 teams announced they were diverting resources to increase the UK’s ventilator supply, for some it was the first time they had ventured beyond the world of vehicle engineering — but not so for Williams.

For more than 30 years, the UK constructor has been an iconic name in the sport — well known for developing innovative designs and groundbreaking engineering.

Building on this reputation, 2010 saw the company set up Williams Advanced Engineering (WAE), a technology business designed “to address the challenges of 21st-century mobility and sustainability”.

The firm — which won a Queen’s Award for Enterprise in Innovation in 2018 — has since brought its F1 skillset to projects also involving Airbus and Triumph.

The company also has contracts with defence businesses BAE Systems and Thales.

One of the people heading up these relationships is Stuart Olden, a former Army engineer who is a senior commercial and business development manager at WAE.

He was also chosen to head up Williams’ work in ramping up medical ventilator manufacturing in the UK.

The company is a member of the VentilatorChallengeUK consortium — which aims to upscale the amount of respiratory devices the country has available to help tackle the coronavirus crisis.

The cross-industry group — made up of companies including Rolls-Royce, GKN Aerospace and Thales— has been split into two workstreams manufacturing different ventilators.

Williams is working on upscaling production of the paraPAC plus unit, a design already used by medical device company Smiths Group.

NS Medical Device’s Thomas Parker spoke to Olden about the role the company is playing in the consortium.

Olden on how Williams got involved in the VentilatorChallengeUK consortium

“Two weeks ago I saw the UK government was looking at how it could get industry involved in the ventilator challenge.

“Williams wanted to get involved — this was staffed-up internally, and I was given the green light to go and investigate.

“We very quickly received calls from GKN Aerospace‘s vice-president of technology Paul Perera, who’s heading up the Smiths’ workstream for the ventilator challenge.

“We then got pulled into discussions with the consortium, which allocated tasks for businesses in the group.”

“The team initially conducted some engineering activity looking at taking many of the 2D drawings from Smiths and turning them into 3D images.

“It meant these could be utilised by the procurement supply chain of the consortium, so it could go out to the industry to start ramping up equipment for the amount of ventilators required.

“Since then, we’ve moved into prototyping and ran the make-or-buy activity [choosing between manufacturing a part in-house or purchasing it from an external supplier] for those prototypes.

“Williams sent a small team down to Smiths to assemble the prototypes, putting together a build report highlighting any issues or problems.

“Those two prototypes have since come off the line at Smiths, successfully passed — with the team now supporting the tooling and test equipment for the assembly lines manufacturing the ventilators.”

What is Williams doing with the Smiths design?

“We’re not changing anything from Smiths’ design – we can’t because it has to conform to the MHRA regulations, and [the design] is certified under that.

“All we’re doing is helping to ramp up production quickly for the procurement of additional ventilators.

“In order to do that, the quickest way is to generate that 3D model to get out to the supply chain as soon as possible.”

How did Williams produce 3D images under quarantine?

“I’ve had a team of about 35 to 40 design engineers working on the prototype and the 3D models from their living rooms, studies, kitchens, dining room tables – wherever.

“And that’s all being fed into a central repository that we enable configuration control through, and then we’d pass that on to a single point of contact in the procurement team who puts it into their supply chain system.

“It’s a pretty proven model that we do on a regular basis. Obviously there’s some communication challenges when we’re all disparate across the south of England, but it’s been working really well.

“There are also individuals in Grove [Williams’ head office in Oxfordshire], they were their mainly to get a ventilator unit couriered over from Smiths to do a strip survey on the model.”