As Article 50 is triggered, Dr Gabriel Adusei discusses the challenges and benefits that the medical device industry in Europe, the US and, of course, the UK will face when Brexit comes to fruition. Will there be less or more regulatory burden on manufacturers, and what are the best ways to approach the forthcoming changes in the ways your company will trade? 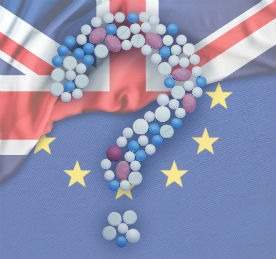 The UK is coming out of the EU and the path it takes, as well as its destination, is not yet known. The politicians, negotiators and the business community are not certain which way, shape or form Brexit will take until 2019 at the earliest. Here we’ll discuss the ongoing issues that Brexit may raise in the med-tech industries.

UK institutions are already gearing up for one of the most far-reaching regulatory shake-ups they have ever faced: the technical, complex and, yes, dull-sounding piece of financial legislation from the EU, the Markets in Financial Instruments Directive II (MiFID II).

Despite all the political terms we have heard, including hard Brexit, soft Brexit, black Brexit, white Brexit, grey Brexit, and – as British PM Theresa May claims to be aiming for – “a red, white and blue Brexit”, there is no hint of a set plan. Whatever the plan (or colour) is, all the industry is seeing is a blurry picture.

The EU operates with a system whereby decisions are negotiated via supranational institutions and intergovernmental organisations. A standardised system of laws that apply to all members was developed to facilitate the establishment of a single integrated market and economy. EU policies are designed to maintain common regulations on trade, regional development and other sectors; ensure free movement of goods, people and services; and enact legislations. 26 out of 28 member countries have a very high Human Development Index (HDI), and the EU has the largest economy in the world. Despite the advantages of being in the union, there are drawbacks to the partnership.

PM Theresa May has hopes of a trade deal alongside the agreement on the UK’s divorce from the EU. The path to Brexit has not been smooth; the government fought off the first challenge against its plan to formally trigger negotiations in the House of Lords, where peers voted against an amendment to the Brexit Bill demanding the UK retain membership in the European single market.

In the impending negotiations, the UK is set to go head to head with EU members that have clear red lines, with some experts doubting the process will end successfully for either side. There are fears that a divide-and-rule tactic could leave the UK without a deal. Failing to secure an agreement with the 27 EU member states within the two-year negotiating window would see the UK default to World Trade Organization (WTO) trading rules.

The Brexit effect on med-tech R&D is significant, and is causing uncertainties within academia and a number of research institutions where sources of funds come from the EU. Membership of the EU has been a boon for British researchers: between 2007 and 2013, the UK Government paid nearly £4.5 billion ($5.0 billion) into the EU research budget, but won back more than £7.0 billion ($8.0 billion) in competitive research grants from EU institutions over that same period – about 16% of the total research income at British universities.

To reassure the research communities, the UK Government has promised to support all EU-funded projects until 2020, but what will happen after that is unclear. Researchers say they hope the British Government will negotiate an agreement that gives British scientists access to EU research funds.

The UK’s drug and medical device regulator, the Medicines and Healthcare Products Regulatory Agency (MHRA), has been working with consideration to the full ramifications of the country’s departure from the EU, particularly the regulatory impact on the med-tech and related regulated industries.

The landscape of the medical device industry is changing, with forthcoming Medical Devices Regulations (MDR) and In-Vitro Diagnostic Devices Regulations (IVDR). MHRA believes it has a valid and vital role to play on the global regulatory stage even after the UK leaves the EU. The agency has publicly affirmed that it will continue to work to the highest levels of excellence and quality, working with and supporting customers, partners and stakeholders to protect health and improve lives.

During the Brexit negotiations, there will be a whole host of issues linked to med-tech, including:

With so much already invested in regulatory developments in the EU, the MHRA continues to assure the industry that it is working closely with the UK Government. The MHRA will hope to continue to make a major contribution globally to improving public health through the effective regulation of medicines and medical devices, underpinned by science and research.

MRAs – which the EU has signed with countries including the US, Canada, Australia, Switzerland and Japan – allow non-EU countries to participate in EU regulatory audits. The regulatory authorities in these countries deploy auditors or designate notified bodies (the third parties that certify and authorise the use of devices across the EU) to carry out these activities in the same way as member states of the EU.

Whatever happens moving forward, what remains clear is that MHRA will need to continue to work closely with its EMA counterparts and other competent authorities in Europe to ensure public health is not impacted by Brexit.

The transatlantic relationship that can be seen in the pharmaceutical industry can be adopted by med-tech. The 1998 MRA on Good Manufacturing Practice (GMP) between EU regulatory authorities and US FDA recognises inspections of manufacturing sites for human medicines conducted in their respective territories, and helps to make better use of inspection capacity and reduce duplication. Between them, many production sites of medicinal products in the EU, the US and elsewhere in the world have to undergo inspection to ensure compliance with GMP. Under a new agreement, EU and US regulators will rely on each other’s each other’s information as regards facilities in the EU or US that manufacture medicines and active pharmaceutical ingredients for the European and American markets. In future, the need for an EU authority to inspect a site located in the US, or vice versa, will be limited to exceptional circumstances.

The updated agreement will not affect the process of approving medicines, as it focuses only on inspections of manufacturing sites. The enhanced cooperation with US regulatory authorities will improve the EU’s ability to identify and address problems at factories before they become a public health risk. It will also reduce the administrative burdens and costs facing pharmaceutical manufacturers, including smaller producers.

The updated agreement is a result of successful cooperation between the European Commission, EMA and US FDA. The agreement has entered into force, and the recognition of inspections can apply as early as November 2017.

The UK medical devices industry is anxious to establish whether UK notified bodies will be able to continue to work within the confines of EU law, as they have been for decades.

With the publication of the new MDR and IVDR – which enter into force in May 2017, with full implementation deadlines set for May 2020 and May 2022 respectively – there are a number of areas for increased engagement of notified bodies.

However, Brexit has raised new questions as to the status of current British regulatory frameworks. Notified bodies in the UK may be prevented from fulfilling their obligations should there be a reduction to the designated scope of their regulatory operations. Furthermore, notified bodies are facing difficulties in maintaining the resources required to carry out their work as regulators.

The advocacy groups and trade associations in the UK med-tech industry – including the Association of British Healthcare Industries (ABHI), British Healthcare Trades Association (BHTA), Association of Healthcare Technology Providers for Imaging, Radiotherapy and Care (AXREM), and the British In-Vitro Diagnostics Association (BIVDA) – are urged to present the concerns of their members as a representative voice of the industry. The lobbying by advocacy groups and trade associations that have active engagements with UK negotiating teams in the various sectors of the life-science industries cannot be overemphasised.

An ‘index case’, as referred to in the medical field, Brexit is the first use of Article 50. The ensuing negotiations after the triggering of Article 50 carry a host of uncertainties, with no party knowing what effects Brexit will have on the med-tech industry, and which direction to take. The assumption is that a clean break from the EU will leave many areas open to debate over the two-year negotiation period, which some experts have predicted will be too short.

As UK and EU politicians work out the details of the Brexit process after Article 50 is triggered, there are indications that the negotiations will be tough for all parties. Although the situation remains fluid, the progress of the negotiations with the EU, as well as the outcome, will determine how well the UK does on other fronts with the rest of the world.