From wearable devices to the numerous applications of robotic technologies, we take a look at five ways electronics are supporting the latest medical innovations in 2021 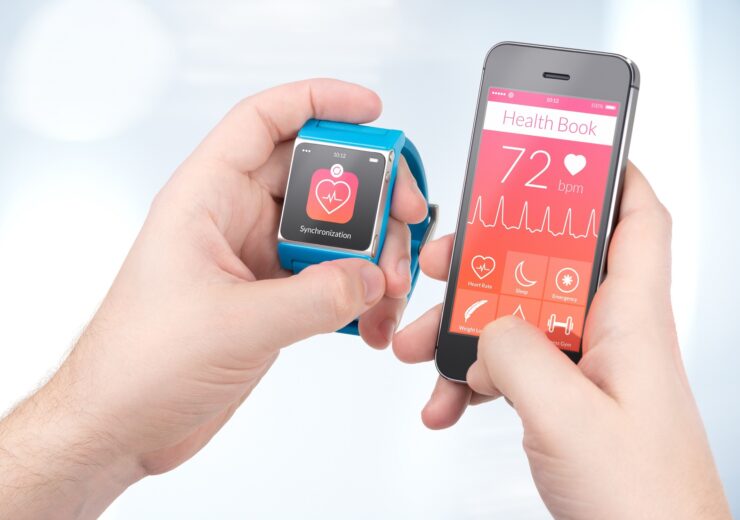 Electronics are a key component in many of the most advanced medical technologies and innovations in the world today (Credit: Alexey Boldin/Shutterstock)

Electronics have always been an essential component in some of the most established and commonly used medical innovations in the world – from defibrillators and patient monitors, to diagnostic imaging systems and infusion devices.

However, their continued role in many of the latest industry technologies is also hard to ignore.

Microelectronics and the ability to scale down the components inside a device are proving especially hugely beneficial as manufacturers strive to meet the demands of technology users – which generally require them to be convenient and simple while also carrying out multiple functions.

We take a look at five of today’s most prominent medical innovations that rely on the latest electronics and electrical components in order to successfully improve patient lives.

Electronics in the latest medical innovations

The first and most widely-known modern innovation in which electronics play a key role is wearable devices – including smart watches, glasses and rings, and even items of clothing with inbuilt patient monitoring capabilities.

And, while the development of novel biosensors to measure things like heart rate, body temperature and sleeping habits is often the focus when looking at wearables, electronics and, at times, microelectronics are also key in allowing these devices to be scaled down while still carrying out their intended function.

Besides functionality, there are several other factors for manufacturers to consider when selecting the right electronic components for a wearable as well, because many of these technologies are expected to be lightweight, comfortable, discreet, energy-efficient and robust.

In addition to letting people measure their own vital signs on the go, wearable devices are also driving the uptake of telemedicine – which has only been enhanced by lockdowns and social distancing protocols during the Covid-19 pandemic.

A host of smart technologies are enabling doctors to monitor their patients remotely, from actigraphy watches and continuous glucose monitors to more invasive examples like implantable ECG (electrocardiogram) devices.

Brain stimulation is not a brand new concept – in fact, the first examples of it being used to treat mental health problems could be seen as far back as the 1700s.

However, the devices being used to deliver low-level pulses of electricity to the brain and stimulate neural activity have become increasingly advanced as developers strive to improve the safety and performance of these technologies.

Swedish start-up Flow Neuroscience, for example, has developed a lightweight, battery-powered headset that administers transcranial direct current stimulation (tDCS) to redress imbalances in the brain thought to cause mental health conditions like depression.

There are actually a number of products out there that claim to improve their user’s cognitive performance, sleep quality or general mood using similar forms of neurostimulation, but Flow currently stands alone due to the fact its headset is marketed as a clinically-proven medical device – having gained a CE mark and accreditation from the BSI in 2019.

Hearing aids are another example of a medical technology that has been around for decades, but continues to be developed and is subject to groundbreaking innovation on a regular basis.

Microelectronics look set to play a key role here, as the rise of more discreet, near-invisible earpieces means the components inside these devices must be scaled down further than ever before.

Other capabilities that are increasingly being introduced include reduced power consumption, tinnitus masking features, connecting to a smartphone via bluetooth, and even the addition of extra features like answering phone calls and streaming audio directly from TVs.

And, whether it’s through an on-board deep neural network or the addition of an extra microphone, recent hearing aid products like the Oticon More and the ReSound ONE continue to push the boundaries of what’s possible by enhancing their user’s hearing experience.

In the wider healthcare sector, robotics play a number of different roles – and electronics are required for every one of these functions.

In hospitals, robot-assisted surgery allows complex operations to be carried out with more precision, flexibility and control, and has given rise to a wealth of minimally-invasive procedures that shorten recovery times and mitigate many of the risks associated with open surgeries.

AI-powered robots are making their way into the hospital to aid doctors and nurses, and into the home setting to help elderly or disabled patients with daily activities as well – while the Covid-19 pandemic has even brought the idea of autonomous, germ-zapping robots into the public eye.

However, the key area where more advanced electronics are likely to play a significant role moving forward is in prosthetics and, perhaps further into the future, exoskeletons.

Right now, ‘passive’ prosthetic body parts like hands and feet with limited real-life functionality are beginning to give way to myoelectric, bionic limbs – which are driven by external, electrical power sources, respond to the user’s muscle movement and can carry out a number of everyday tasks.

The next step in modernising these types of assistive technologies even further is likely to involve mind-controlled prosthetics and exoskeletons, many of which have shown promise but are still in the very early stages of development today.

Stretchable electronics combine silicon-based computer circuits with flexible substrates made from materials like silicone or polyurethane.

And, they open up a whole new frontier for computer circuits to move into, primarily because these novel structures can be distorted without impacting the functionality of their circuitry, meaning they can still generate electrical energy while being stretched or folded.

In the medical devices field specifically, potential applications include making artificial skin, creating biosensors that can be placed directly onto the skin to measure heart rate, blood pressure or temperature, and even developing patches that are implanted inside the body to collect more comprehensive readings.

It’s also believed that stretchable electronics may be able to build upon existing developments in smart clothing and garments with inbuilt monitoring capabilities – by making the sensors used in these wearables even more seamless.