Table-top sound generators and the tinnitus relief pillow are plugged into electric sockets, while wearable masking devices can be used on-the-go 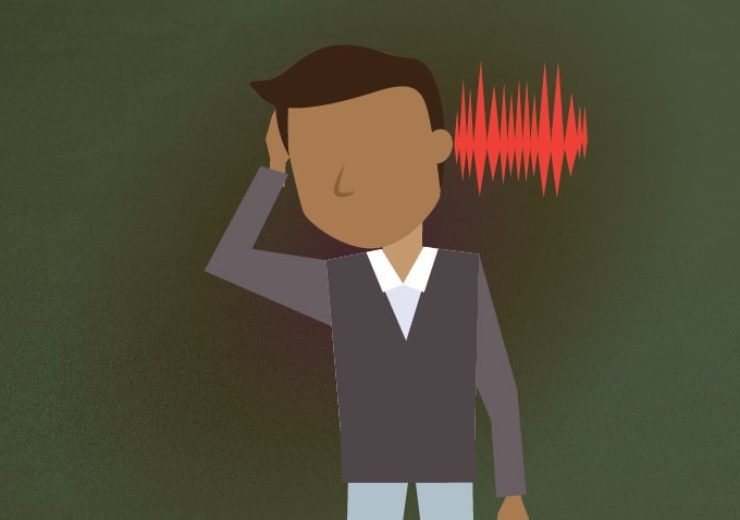 Tinnitus affects about 10% of the population of the UK, according to the British Tinnitus Association (Credit: University of Michigan, Michigan Health)

From regular hearing aids to sound-generating masking devices, a range of technology innovations can now help people living with tinnitus.

The hearing condition, usually symptomised by a ringing noise in the ears, affects an estimated 25 million adults in the US and six million in the UK alone.

It tends to be caused by either old age or prolonged exposure to very loud noise, and can lead to a number of other problems, including emotional stress, insomnia, auditory perceptual problems, difficulty concentrating and long-term loss of hearing.

Because it is incurable, the prevalent way of treating tinnitus is through masking devices that generate a constant low-level sound to block out the ringing noises.

To mark Tinnitus Awareness Week 2020 in the UK, we take a look at four different types of these everyday devices, and how they improve symptoms for tinnitus patients.

As the name suggests, these devices are designed to be placed on tables, shelves and other surfaces around the house.

They are most commonly put on bedside units, and used to ease ringing sounds experienced while trying to sleep.

Table-top generators emit natural sounds like rainfall, wind, birds or a heartbeat to distract users from the constant ringing.

They can also be set to produce white noise – a very low-level constant rushing sound similar to radio static.

The majority of these sound generators are either battery-powered – making them fully portable – or can be plugged into an electric socket, meaning users don’t have to worry about them running out of charge.

Their volume can be adjusted easily and a timer can be set to turn off the low-level sound once the user has fallen asleep. The device can also be left on all night to distract users from tinnitus ringing first thing in the morning.

Wearable sound generators are even smaller than their table-top counterparts, and can either be placed in the ear canal or behind the ear – much like a hearing aid.

They are battery-powered and generate white noise to block out tinnitus ringing sounds.

The in-ear products are generally more subtle, providing almost invisible sound therapy. However, they also have the potential to block the user’s hearing in a similar way to an ear bud.

And while table-top sound generators usually cost somewhere between $25 and $80, the wearable masking devices tend to be priced closer to the $250 mark.

The extra cost is largely due to the fact wearable generators can be worn constantly, easing tinnitus symptoms on-the-go and throughout the user’s everyday life. They are also designed to be comfortable and cosmetically appealing.

The British Tinnitus Association recommends that wearable devices should only be fitted by a tinnitus specialist as part of a proper management programme for the condition.

By augmenting the everyday sounds picked up by the ear, regular hearing aids can help to drown out the internal ringing caused by tinnitus.

Tinnitus is often associated with some level of hearing loss, and as such, hearing aids can help to alleviate these symptoms as well.

They can also relieve some of the stress and anxiety associated with hearing loss by making conversations and social interactions easier.

A study published in US magazine The Hearing Review in 2007 suggested that 60% of tinnitus patients experienced at least some relief while wearing hearing aids – with about a third of them finding significant relief.

Combination devices – which have features in common with both regular hearing aids and sound-generating masking devices – are now widely available both privately and via the NHS in the UK.

The tinnitus relief sound pillow is a device designed to mask the sound of tinnitus ringing during the night.

Developed by Puretone – one of the market leaders for tinnitus relief aids in the UK – it features a set of in-built stereo speakers that can be plugged into a smart device.

This means the pillow can be used alongside the variety of tinnitus smartphone apps that are available for iOS and Android devices.

These apps feature several pre-set masking sounds or white noise – as well as the option for users to download their own sounds in order to personalise their tinnitus management.

Small speakers can also be purchased on their own from US sound therapy company SoundOasis, plugged into the mains and placed inside an ordinary pillow.