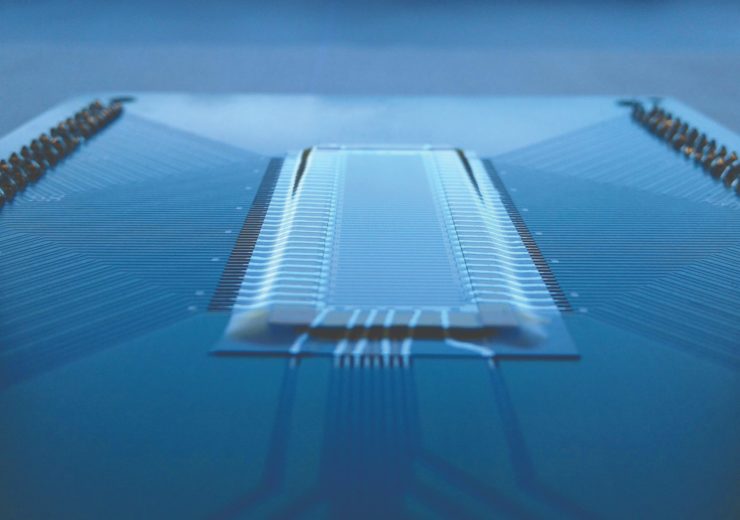 The global value of the ultrasound market is around $7.3bn (Credit: Shutterstock)

Scientists at the University of British Columbia, Canada, have developed a portable ultrasound device that can connect to a smartphone and costs only $100. The new transducer can be used to look at any part of the body, producing instant and clear images. Research lead Carlos Gerardo talks to Medical Device Developments reporter David Callaghan about the potential for this new device, which includes patients wearing it for monitoring purposes.

The future of ultrasound devices could be bright with the development by scientists in Canada of a portable scanner that embraces radical new technology and can be powered by a smartphone.

Using different materials to the traditional ultrasound machines, researchers at the University of British Columbia (UBC) have produced a scanning device the size of a plaster that costs just $100.

The new device has the potential to be woven into clothes or wrapped around the body to monitor changes in performance of a person’s internal organs.

There are also plans for a patch-type scanner, or even tiny versions of the device being used to look inside arteries and veins.

University engineers have replaced piezoelectric crystals, commonly found in ultrasound scanners, with minute drums made from a polymer resin, which can produce clearer images with more detail.

Each drum, which is the diameter of a human hair – 100µm, or 1/10th of a millimetre – vibrates according to the level of high-frequency sound waves received by the device.

The resin, which is cheap and quick to produce, is made from polymer capacitive micro-machined ultrasound transducers, or polyCMUTs.

In the scanners currently used around the world the piezoelectric crystals act as a transducer by changing shape under an electrical current, and emitting sound waves that can then pass into the body.

Once the waves hit an obstacle they bounce back and the crystals convert them into electric currents, which are then processed into a sonogram image.

The issues with this ultrasound technology are that it is expensive to produce, has limited bandwidth and the images are not always as clear as they could be.

CMUT technology is not new, but, despite its high efficiency rating, it was restricted in the way it could be used in ultrasound due to the material used to make the drums.

Rigid silicone materials have been adapted, which are costly to produce, are sometimes subject to acoustic crosstalk, and there has been a limit to how deep into tissue these scanners can penetrate.

With the new polymer drum technology, the manufacturing process is much cheaper than with silicone, meaning that CMUTs become a much more attractive option to use in ultrasound scanners.

The polymer is also strong but sensitive, the impedance factor is lessened and the voltage required to make it work is low, at just 10V.

An electrode is held within a membrane made of a light-activated resin and sacrificial layer, as opposed to the silicone used in previous versions of CMUTs.

An optically transparent shell will be an advantage during manufacturing, as it will allow a visual inspection of devices after fabrication.

This contrasts with piezoelectric technology, where defects are detected after you create all the electrical connections.

How did the UBC team develop this new portable ultrasound device?

“This new fabrication process has the potential to increase the use of CMUTs in the ultrasound market, including the market for wearable transducers,” says Carlos Gerardo, one of the co-authors of the project at UBC.

Earlier development of polyCMUTs was hampered by the need for high voltages, in the hundreds, to make ultrasound work.

This has been overcome by embedding the electrode in the membrane of the device instead of on top, and thereby reducing the power required.

The frequencies achieved are comparable to the CMUTs made of silicone nitride or polysilicon.

A basic microfabrication facility operating at relatively low temperatures of less than 150ºC canbe used to produce the polyCMUTs, which helps to make the process even more attractive topotential manufacturers.

Possible improvements to the techniques used to produce polyCMUTs could include water-bonding technology with the SU-8 polymer, or roll-to-roll methods, where the cavities and membranes are bonded together in a vacuum environment.

“This could decrease production times and costs even further, with the possibility of fabricating ultra-low-cost ultrasound transducers,” Gerardo explains.

The product still needs to be developed further.

“The implementation is not immediate – we need to do a lot of experiments, and in the US and Canada there are many regulations to be met,” says Gerardo.

“We have produced a high-performance plastic transducer that can replace the existing technology. It is simpler to fabricate, and the manufacturing costs are much lower.”

The question now is what happens next, and how can this product be further developed?

“We have ambitions for an ultrasound ‘patch’ that can be placed under the skin to monitor the heart for a few days or weeks.

An ultrasound ‘probe’ could be attached to the body and used to send information remotely,” Gerardo says.

The new device is not limited in its use to a particular part of the body, and can be used in exactly the same way as existing ultrasound scanners, including for cardiovascular examinations and obstetrics, for example.

Growing commercial  interest in the device

News of the device has spread fast, prompting interest and contact from around the world, including the UK, Germany, Australia, the US and Canada.

The UBC research team has already held meetings with biomedical manufacturers, who are interested in producing the new device commercially.

Enquiries have also come from other industries, such as gaming and virtual-reality companies, which wanted to know how this development could be used in their fields.

“We have been overwhelmed,” Gerardo says. “It is all positive and exciting though, and we have been discussing which way to proceed from here.”

There are a few questions for the researchers to consider, such as how much time they spend on other uses for the technology, while accepting the medical purposes are their main area of concentration.

They also have to balance the commercial and legal aspects of developing a new technology with the need for further academic research.

“We have the potential to save lives, but at the same time we have to pass the regulations,” Gerardo says.

The team will probably look at non-medical uses in areas covered with less regulation, which makes it easier, and at the same time not compromise on their efforts to keep working on the ultrasound scanning device.

There are dangers in this approach, Gerardo admits. “If we try to be too broad we won’t be able to go very far, so we have keep it narrow to some extent.”

“We are creating prototypes and seeing which ones to go with,” he says.

The team are going to create a small start-up company in the next few months, with a view to a partnership with a commercial manufacturer and possibly a contract.

Next year, if all goes well, the research team hope to see the polyCMUT ultrasound device on the market and available to buy.

The establishment of a patent, to ensure the technology developed by the UBC team is properly protected from being copied, is a priority.

By dealing with all aspects of the development of a new product it will eventually lead to a better device, Gerardo says. “We need to invest this time, as it means we will better design things in the lab.

“We can tell people how it is done, and with the research community we have to do this. A basic lab can replicate the results – you don’t need expensive equipment. But the key parameters and the tiny details we keep to ourselves for commercial purposes,” he says.

It is also important on the flip side to ensure they don’t infringe on someone else’s design.

For example, there is a US company called Butterfly Network, which has developed a handheld ultrasound scanner that can produce images of the whole body.

Conditions such as liver disease or heart disease can be diagnosed relatively easily. It costs $2,000 to purchase with a user licence fee on top.

This device doesn’t use the traditional piezocrystal technology, replacing it with a single silicone chip. It is battery-powered, and can be used with a smartphone.

“They have an amazing product”, Gerardo says. “Their technology uses something completely different to existing machines in hospitals and is similar to ours.”

An affordable alternative with smartphone connectivity

Compatibility with smartphones is one aspect Gerardo sees as really important in any new ultrasound device.

In fact, a portable transducer ultrasound device attached to a smartphone is a vision the team has for their product.

“We have a dream, but we have to take it step by step,” Gerardo says. “Our dream is something portable that uses batteries and is affordable. A patch would require a low voltage – we need to produce several prototypes.”

Certainly the cost of the device will be crucial if it is to be used in developing countries, where money is scarce but the need is great.

If the cost can be brought down below $100 then it may become a possibility for those countries.

The ultrasound market was forecast to grow from a global figure of $4.6 billion in 2012 to $7.3 billion this year, according to figures from GBI Research, meaning there is enormous potential for these products.

The UBC team’s polyCMUT device could be a breakthrough development that transforms the ultrasound market and its use of technology.

If the product costs less than $100 yet produces better images than existing scanners, there will surely be many takers from all over the world.

Ultrasound could become available in parts of the world where it is currently only dreamt about.

With the current price tag of between $10,000 for portable scanners and $250,000 for top of the range scanners, it’s not difficult to see why the cost is currently prohibitive to some communities.

Existing scanners using piezoelectric crystals could be phased out, with all the implications a much cheaper alternative would have for the big-name manufacturers.

As the device can be used with a smartphone, then the sky may well be the limit in terms of its potential uses, and the possibilities for future ideas are endless.