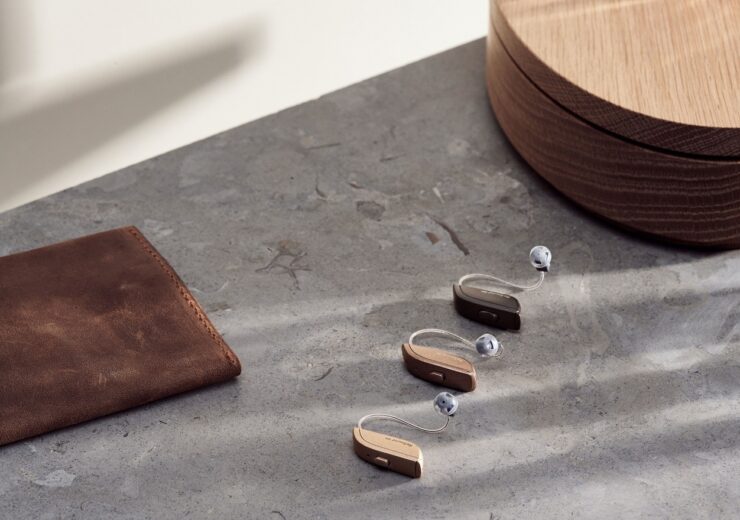 A new device from GN Hearing represents a “major leap forward” for hearing aid technology, according to the company’s chief audiology officer.

Earlier today, the Danish firm unveiled its latest hearing aid product, the ReSound ONE, which creates clearer, more natural sounds by placing an extra microphone inside the user’s ear canal.

As well as offering a “truly individualised” hearing experience, the device is also able to reduce background sounds and improve speech recognition – even in noisy environments – using all-access directionality technology.

After going through clinical trials, and having gained a CE mark and regulatory approval from the US Food and Drug Administration (FDA), GN Hearing will fully commercialise the ReSound ONE worldwide on 27 August.

GN Hearing’s chief audiology officer, Laurel Christensen, said this new innovation is the result of close to 10 years of hard work for the company, and fulfills the two most important drivers of satisfaction for hearing aid users – naturalness of sound, and understanding speech.

“We put out a new hearing aid every couple of years – and there’s always benefits to any product we release,” she added.

“But, every once in a while, technologies are introduced that push the entire industry forward in a good way, and I think this is one of those. It’s going to be a major leap forward.

“About 80% of hearing aids sold on the market today have the microphone on top of the ear, so moving the microphone into the ear is the biggest development with this product – and it’s certainly an industry first in that regard.

“Through the years, hearing aids have gotten better and better. They don’t distort noise and they sound good, in general, but they don’t sound completely natural to the user.

ReSound ONE: The latest innovation in hearing aid technology

Currently, the vast majority of products on the market are either receiver-in-ear or behind-the-ear hearing aids.

The latter sends the sound it picks up into the ear electronically, but both primarily pick up sound via a microphone placed on the outside of the user’s ear.

These designs can make it difficult to determine where sounds are coming from in terms of direction, and in terms of depth – how far away the sound is.

Existing products for people with hearing impairments are also somewhat ‘one size fits all’ in their design, because they work by approximating the average function of the outer ear, known as the pinna, which is to help the human brain tune in to specific sounds.

The result, according to Christensen, is an incomplete, unnatural reproduction of sound compared to what is heard by somebody with normal hearing.

But, by placing an additional microphone inside the ear to pick up sound directly, GN Hearing’s new device is able to overcome this problem, restoring the natural function of the pinna, and allowing users to “hear with their own ears”.

This design is known as Microphone & Receiver-In-Ear (M&RIE), and the company claims it allows the brain to localise individual voices without compromising spatial perception – as well as “significantly reducing” background noise.

The findings of two clinical studies published by the company earlier this year showed that 90% of users preferred the sound quality produced by the ReSound ONE compared to models that only feature a microphone behind the ear.

Upon its release later this month, the device will feature “extensive connectivity options” to both iOS and Android smartphones for streaming, and hearing aid control. Rechargeable and non-rechargeable models will also be available.

GN Hearing anticipates that the ReSound ONE will help it to achieve greater market penetration in the hearing aid space, not least because it fulfills another key expectation for users by being very small, subtle, and comfortable to wear.

However, Christensen believes that the device will go a step further by reaching people with more mild, early-stage hearing loss too.

“This is a conversation that is being had more often today because of the comorbidities that come along with hearing loss,” she added.

“Dementia, for example, has been linked to hearing loss, and one of the biggest modifiable risks to getting dementia is actually getting a hearing aid when you need one.”

Christensen also stated there has been an “explosion of research” into what happens if people don’t do something about their hearing loss as they get older, because those people are likely to fall more often, or become isolated or depressed.

“So, getting a hearing aid is really becoming one of those conversations you’re likely to have with your primary care doctor,” she said.

“Because of all these other linked issues, bringing in a hearing aid like ReSound ONE, which can provide benefits and help people hear in noisy and quiet situations, I think will only help to get more people wearing hearing aids who need them for their overall health.”

EndoWays LTD, Developer of the First Disposable Robot for the Cathlab, Acquired by Ascendum