Cobots: How will this new class of robotic technology fare in the modern workplace?

Collaborative robots have the potential to greatly benefit manufacturing processes - but just how important could they be in the future? 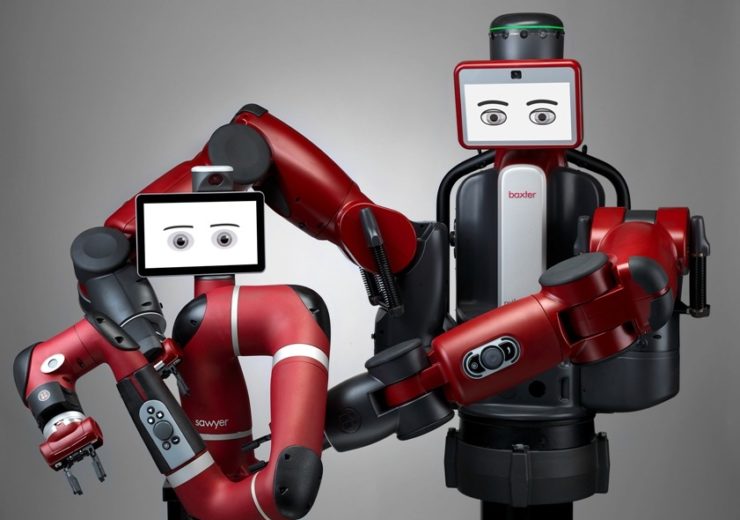 Collaborative robots, or cobots, are a new class of robots that are bridging the gap between fully manual assemblies and fully automated manufacturing lines. Lightweight, flexible, easily programmable and safe to implement, cobots can meet some of the challenges associated with these processes in an efficient and effective way. Astrid Weiss, senior researcher at Vienna University of Technology, speaks to Medical Device Developments reporter Emma Green about how best to integrate them into manufacturing processes.

Robots have long fascinated authors, scientists and the general public.

Despite the high levels of interest, not all predictions about robot capabilities have materialised.

It is notable that Blade Runner, a world of humans and human-like robotic replicates, was set in the year 2019.

Nevertheless, the momentum of these technologies is stronger than ever.

The International Federation of Robotics has predicted the sale of industrial robots, as well as of service robots, to grow with double-digit margins over the next few years.

Researchers have suggested that many societies are currently on the verge of a robotic era, which will result in robots soon being commonplace in people’s daily lives worldwide.

The perception of robotics is not uniformly positive, however.

A 2019 study by scientists at the University of Würzburg reported increasing scepticism to their use, particularly within the workplace.

This is likely to be in large part down to the ongoing concern of robots replacing people, resulting in job losses.

However, interestingly, the use of robots in this setting was rated more favourably by participants than in surgeries or autonomous cars.

It is clear when discussing the applications of robotics that humans are a major consideration and play a much more significant role than the technology itself.

This is particularly true within a new class of collaborative robots, known as cobots.

Astrid Weiss, a senior researcher at Vienna University of Technology, knows a lot about cobots.

With a background in sociology, social psychology and human-computer interaction, the focus of her work is how humans interact with new technology.

As developments in this area are progressing at a rapid pace, it is essential to not only explore the capabilities of the technologies themselves but also the way in which to best integrate these with current working practices.

Cobots offer a number of benefits compared with traditional robots, if used mindfully.

“Collaborative robots may reduce some of the environmental and spatial dangers traditional robots may cause, allowing them to work alongside humans,” explains Weiss.

“However, this is only true if the robots are very easily reprogrammed, ideally by naive operators, and if safety is ensured.”

It’s important to bear in mind that, although possessing a wide range of abilities, these cobots are not suitable for all manufacturing activities.

“For other domains, such as screwing or gluing parts together, they are much more effective.”

Cobots are best suited to small and mid-sized production applications, where they are much more likely to represent a good return on investment.

When using this technology in such situations, Weiss highlights two key success factors that must be met.

The first of these relates to cost, an important consideration when the average cobot costs around $24,000.

“They must be able to be implemented safely without expensive safety hardware, like dedicated workspace or fences,” explains Weiss.

The second relates to the amount and nature of human input needed for a particular task.

There are also a number of challenges that come with using cobots.

“That is only suitable for specialised situations such as optimised and fenced working environments, which only exist within the context of high production volumes.”

In response to such concerns, robot manufacturers have already begun to optimise their safety and ease of use.

Work in this area has included “limiting system power and implementing safe control system structures and functionalities, such as restricting speed or the workspace they can operate in”.

This ensures that use meets the DIN ISO 10218, a piece of regulation specifically pertaining to the implementation of cobots within manufacturing.

Unfortunately, safety and performance do not always go hand in hand, especially in terms of speed and accuracy.

A promising approach in this area is the use of pressure-sensitive skins, which can be mounted onto existing factory robots, turning a normal robot into a cobot.

This aims to allow cobots to handle more complex scenarios while also being simpler to use, so that they can be operated by non-specialised members of staff.

Weiss’ research in this area found that more generalised solutions weren’t ideal, and that it is better to adapt interfaces for specific use cases.

Cobots in the future

Progress has also been made in making these robots better able to work with humans.

“As robots work closer with humans, there is a great need for them to be able to respond to users and adapt their behaviours,” explains Weiss.

Such capabilities could be achieved through the use of additional sensors for posture recognition, in order to measure the worker’s movements and waiting positions.

Efforts within this area have also focused on the paradigm of joint/shared attention.

As the name suggests, this describes the shared focus of two individuals on an object.

Joint/shared attention is achieved when one individual alerts another to an object by verbal or non-verbal means through gestures such as eye-gazing or pointing.

Enhancing these capabilities also helps with improving the perception of cobots by workers, an area of particular interest to Weiss.

“A lack of flexibility can increase perceived shortcomings, such as usability aspects and general helpfulness of the novel technology,” she says.

Weiss’ research in this area found that direct interaction with the cobot improved opinion of its capabilities, including its helpfulness and anticipated future performance.

Conversely, collaboration could be negatively affected if individuals need to adapt their working practices to accommodate the robot.

More work in this area is needed, which includes ensuring that cobot behaviour can be anticipated.

The issue of predictability is not unique to robotics. Related technologies, such as AI and automation, have often been described as a ‘black box’, whereby their inputs and outputs are known but there remains uncertainty about the exact process between the two.

Shared control has also been a focus of recent efforts within collaborative robotics.

A well-established idea within teleoperated robotics, shared control entails the user having a level of governance over the robot.

Although there have been a number of exciting developments within cobot technology, the realisation of their use within a smart factory paradigm has not yet been achieved.

Cobots currently demand a relatively rigid production line, which is at odds with the dynamic requirements of a smart factory.

There is also a need for robots to be able to sense and respond to changes in the environment, which is essential in order to prevent slowdowns in manufacturing processes or drops in output quality.

“Clearly there is a lot of potential for more complex capabilities,” Weiss admits.

“It will be crucial that the robot can adapt to unexpected circumstances – like missing tools or working with humans who deviate from the plan – and adapting to the capabilities of different operators.”

This article originally appeared in Vol. 1, 2019 of Medical Device Developments. The latest edition of the publication can be viewed here.