Thermoforming is a common way to create medical device packaging due to its flexibility. Devices can be contained in a way that prevents jostling and allows nurses and doctors to see the contents without opening the casing, all while ensuring the contents remain sterile. Yet this method of packaging production looks very different now to a few decades ago, owing to the use of new technologies. Jim Banks speaks to Ken Braney, managing director of Thermoforming Solutions, to find out how the process has evolved. 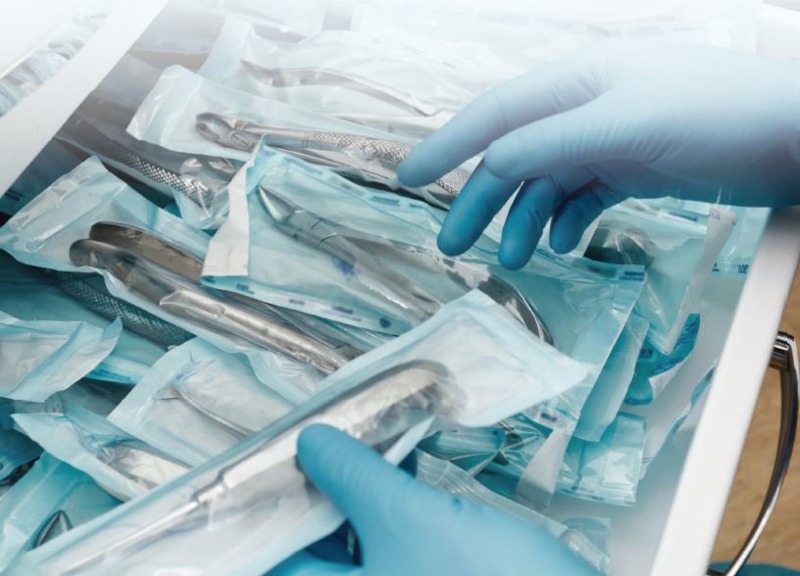 Thermoforming is commonly used in medical device packaging due to its hygienic qualities.

The production of packaging for medical devices is a demanding task due to the strict demands for sterility and hygiene, as well as the complex and bespoke forms for which the packaging must cater. Extrusion and injection moulding play a key role in this sector, but for polymer-based packaging, the real growth is being seen in the use of thermoforming. The process is simple in essence – the heating of a thermoplastic material so that it can be shaped into a mould that can be used to create a run of identical containers, often in highly customised shapes – but it is nevertheless a process that continues to evolve in line with advances in both technology and materials.

“In general, in the packaging industry, the cleaner and safer you can package a product the better,” says Ken Braney, managing director of Thermoforming Solutions and past president of the Society of Plastics Engineers (SPE). “Thermoforming progressed from the food industry into the medical area and now, even when people pop a pill, it comes from a flat sheet formed around the pill, sometimes by thermoforming.”

“The medical sector is a logical step for this technology,” he adds. “Plastic is clean, despite some issues around disposal and recycling. All of the items you would normally use in an operating theatre come pre-packed in thermoformed containers – needles, scalpels and everything else – because everyone in the medical sector is concerned about cleanliness.”

A recent report by Global Industry Analysts suggests that the global market for thermoforming plastics grew to more than $35bn in 2020 and is expected to exceed $51bn by 2027. The US market alone is worth around $9.5bn. In China, the market could grow to more than $11bn by 2027, with strong growth also expected across Europe.

Some of this acceleration in the use of thermoformed plastics can be attributed to the Covid-19 pandemic, with demand for blister packs, closures and rigid plastic packaging materials requiring an uptick in global supply.

“It is a trend that was building anyway, though Covid made everyone more nervous about any risk,” says Braney. “It accentuated concerns around hygiene and sterility and the efficiency in production to go from a made part to being gas-sealed – where a product is held in neutral environment within the pack – means that thermoforming can help to resolve concerns about storage.”

“Devices must be stored in a sterile environment and a pre-packed container does away with the need for other things, such as controlling the storage environment, so cost is more efficient for shipping and storage,” he adds.

Thermoforming rigid plastics has many advantages. As Braney points out, there is cost efficiency to be derived from making storage of sterile medical devices simpler. Furthermore, as well as providing an effective barrier to potential contaminants, thermoformed plastics are extremely versatile and can be used for small units as well as larger and more complex items.

When thermoforming is performed in a cleanroom, as is the case with the packaging of many medical devices and pharmaceutical products, the environment is kept free from particulates. As a result, the contents of the packaging are secured in a sterile environment without any microbial or bacterial matter. This has been particularly important during the pandemic, be it in the packaging of testing kits or vaccines.

Beyond that, there are several advantages at the point of use. Clinicians giving treatment at a patient’s bedside, nurses and surgeons in the operating theatre, or individuals using medical devices at home can clearly see the product inside the packaging and device handling is made simpler by creating packaging that is easy to open. When a product has to be accessed quickly in the operating theatre or in an emergency situation, the product orientation is clear and the device can be easily removed from the container and quickly be put to use.

“There are many potential advantages of thermoformed packaging, from production, to packing, to shipping, to storage, to use,” says Braney. “It is very simple at every stage. There are some questions about how to dispose of it, but the majority of plastics used now are polyethylene terephthalate (PET) or polypropylene. There is no effect on the thermoforming process from the choice of these materials and it could use plastic that has gone three, four or five times around the cycle, mixed with some virgin material to ensure elasticity.”

A process of evolution

While the core principles of thermoforming have remained the same for decades, advances in technology and materials have enabled it to become more efficient, more effective, cheaper and faster.

“The process has changed a lot,” says Braney. “There used to be a major difference between machines used in the US and Europe, but that has changed. In the US, the market is largely domestic, so the volumes are higher, whereas in Europe it was done by individual countries. As a result, machines in the US were bigger and could handle larger volumes – maybe 2m by 1m – but in Europe the maximum size was 50cm2.”

“Also, in the US, the form was done on one station then to another station for trimming down,” he adds. “It was a two-stage operation and the main material was polystyrene, whereas in Europe it was polypropylene and the forming and trimming were done by the same machine.”

As PET has become the favoured material, the market has moved towards using a single machine for forming and trimming.

“PET must be held in place when formed and trimmed or shrinkage takes over,” Braney explains. “The machines used in Europe could use more polypropylene and PET, so other markets have followed suit as polystyrene has gone out of fashion.”

“The European method was fine but it needed much bigger machines to deliver more volume, as the medical side of the industry grew quicker in Europe,” he adds. “Now, you have exactly the same machines in both the US and Europe for medical devices.”

The most significant innovation, however, has been in the process used for creating the moulds from which the plastic containers derive their shape. In the early days, moulds were either cast in metal or made by hand, which gave packaging producers great flexibility in terms of the shapes they could create, but also made the process slower and more costly. Now, computer-aided design (CAD) and 3D printing are among the technologies that have redefined the mould-making process.

“With the production of the tool in the first place, before you made and shaped it, but now it is often done with 3D printing, so there has been more focus on how to create new forming techniques,” Braney notes. “Rather than ordering a tool and having it cast and sent back six weeks later, now you can design and create it overnight and test and change it quickly. You can make innovative changes in just a few days.”

“People used to make a wooden tool and carve it into shape, test it, then make a tool,” he adds. “Now, with 3D printing, you can do it all in a few days. You can easily change the design and the look, which is important because everyone wants to be different and innovative. Turnaround time is much quicker, which means thermoforming can keep pace with the innovation in medical devices.”

Forming for the future

The next big step forward is likely to be the incorporation of artificial intelligence and machine learning to advance the level of automation in tool-making, design and production. Not only could this make the production of thermoformed plastic more cost efficient, but it could also enhance quality and reduce the time needed to identify and correct errors in the production process.

“Physically, the simplest method is to have an extrusion line running directly into a thermoforming machine then taking waste back to the extrusion line,” says Braney. “With automation you can now have one person running three or four machines now. Before, you needed three people on each machine – one at the start, one in the middle and one packing at the end.”

“With the production of the tool in the first place, before you made and shaped it, but now it is often done with 3D printing, so there has been more focus on how to create new forming techniques.”

“Thermoforming used to be very labour-intensive but now it is not,” he adds. “You can monitor the production flow on the computer screen and, at the manufacturing stage, the machines are connected to the internet, so any issue can be spotted early and possibly fixed centrally.”

From mould design to materials, from people to processes, from cost to cleanliness, thermoforming continues to push forward as the packaging production mechanism for choice in the medical industry.