How AI in medical imaging can enable future healthcare innovations 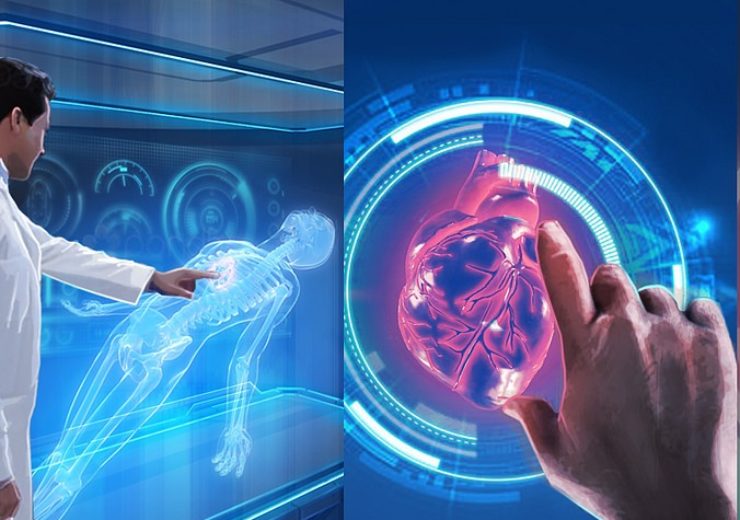 Nvidia is one of the largest platforms building graphical process units and its work on AI and machine learning is known as some of the ingenious using deep learning today, specifically in healthcare and medical imaging.

Here we speak to Craig Rhodes, Nvidia’s business development manager for healthcare and life sciences, to understand how the UK remains “ahead of the game” in the field of AI-powered healthcare initiatives.

AI has progressed over the last three years and continues to grow, setting new opportunities for cost reduction, improved treatment processes and automation.

So far this year, the UK government has announced plans to begin a nationwide programme of industry-funded AI master’s courses, along with work experience placements for the first time in collaboration with the Institute of Coding and British Computer Society.

This opportunity to enhance technological skills is a major step in the modern Industrial Strategy’s AI Sector Deal, which was launched in April 2018.

It is supported by industry funding and up to £110m government investment.

Moreover, the State of AI 2019 was launched this week at the Royal Institute in London and revealed that the UK is the European leader in the sector – with a third of European AI health start-ups founded in the UK.

Mr Rhodes said: “We’re seeing a few AI initiatives coming out of the government in to the UK markets aiming to accelerate innovation in the medical space.

“There’s the UK AI funding programme that launched last year, which received £50m to be put towards five medical imaging centres focused on radiology and pathology, and Nvidia’s actually in three of those large centres.”

Ultimately, the centre will ensure the technologies developed become products to be used by the NHS and exported internationally.

AI has certainly seen a number of iterations over the years. The significant difference Mr Rhodes observed in the UK programme, specifically, is how universities and hospitals are coming together to combine clinical and research skills.

Mr Rhodes said: “It’s a nice mixture of very good research and capability coming through the universities, mixed with that clinical knowledge and understanding.”

Going against the theory that AI will replace jobs, Mr Rhodes explains it is here to support “the right ways” and to be delivered and integrated in to their natural work flow.

He said: “So what’s really interesting about these programmes is the ability to bring some of that research to the point of care – to have conversations with researchers and clinicians who are becoming more aware of how AI can be conveniently part of their work flow.”

“It’s bringing up interest in machine learning and deep learning, and all of the new frameworks that are coming out.

A challenge Nvidia has identified that AI can address is clinicians organising their priorities and the arrangement of increased patients who are being registered for treatments.

“It can help with the workflow of the radiologist and pathologist making sure they focus on the high-need patients first.”

What makes the UK unique in the AI space for healthcare innovations?

It’s a challenge worldwide to find ways in assisting and improving the productivity of hospital systems, including simplifying the workflow of healthcare providers.

“What’s unique about the UK is that they’re a little bit ahead of the game at the moment and I think that’s because of a lot of the funding that’s coming through.

“It’s all very well being able to do some research on a lot of radiology images and find new information from those images, but it’s a very different matter being able to then deploy that in to the point of care which the UK is being able to do.

“And that’s the primary goal, to support clinical decision-making, provide better patient care and ensure patients are seen and diagnosed as quickly as possible to determine which clinical pathway they should go down- so that’s our unique factor at the moment.”

Medical imaging in healthcare was a natural progression and the first area of interest for Nvidia due to their gaming heritage.

In addition, the company is showing keen interest towards merging imaging with genomics and precision medicine, in which Nvidia believes it can support clinicians with their processes to make the best decision for patients.

He said: “We’ve been working at medical imaging for some time now, and what we’re seeing is more and more advancement in some of the medical instruments and medical devices, whether it’s producing images faster or producing high quality images.”

Nvidia’s Project Clara and tools for radiology and pathology

Nvidia has been working on creating tools for future healthcare innovations in radiology and pathology to help accelerate AI in medical imaging as part of a scheme called Project Clara.

Mr Rhodes said: “The project is aiming to start retrieving images from devices such as Siemens, Philips or an MRI or digital pathology device, to which they can set up an architecture technology.

“The devices will be able to provide supportive information to the clinician and establish solid collaborative relationships to help better patient outcomes together.”