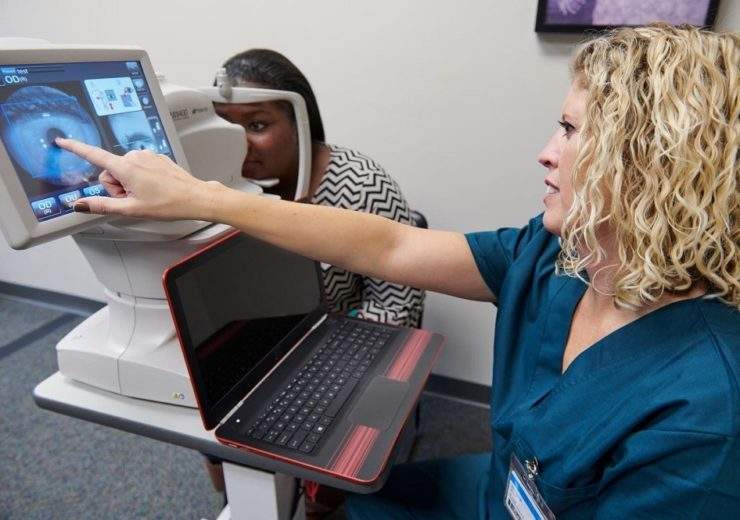 New eye care technology that negates the need for opticians by using artificial intelligence in medical diagnosis has been adopted by an American hospital.

The IDx-DR is a cloud-based software capable of detecting vision loss from retinal images, which can help prevent blindness in diabetic patients.

The technology, created by the Iowa-based AI diagnostics company IDx, is now being used at the University of Iowa Hospitals and Clinics (UIHC) public teaching hospital in a pilot.

Dr Michael Abramoff, president and director of IDx and UIHC ophthalmologist, said the system has the potential to be “transformational” in helping to detect more than mild diabetic retinopathy – a type of eye disease that affects blood vessels in the retina – particularly among patients who might not have access to retinopathy screening.

“Currently, diabetes patients have an annual exam,” he said.

“But inconvenience and cost are reasons some patients with diabetes are not regularly screened for the disease.

“The key with this technology is that the AI can make the clinical decision.”

How does the IDx-DR use artificial intelligence in medical diagnosis?

The IDx-DR is a medtech device regulated by an AI algorithm to detect more than mild diabetic retinopathy by looking at photographs of the retina taken with a fundus camera called the Topcon NW400.

The system can be used during a patient’s routine visit to their physician’s office and is the first autonomous AI diagnostic system for adults aged 22 and older.

The project began in the Netherlands 20 years ago by Dr Abramoff, eventually moving to the United States with backing from private investors.

Having waited only 85 days to receive FDA approval last year – it takes roughly a year on average for many medical devices – following a clinical trial in primary care offices, the IDx-DR system became the first tool that doesn’t require an eye care professional’s input.

Dr Abramoff said: “Many specialists use AI to assist in the diagnosis, but what is really needed to help the cost and quality of healthcare is to make sure that these systems are autonomous — that is, that the machine can make the clinical decision by itself.”

Using a fundus camera, which takes photographs of the back of the eye, the operator captures two images per eye.

They then upload the digital images of the patient’s retinas to a cloud server on which IDx-DR software is installed.

From there, the AI algorithm analyses the patient’s images.

This offers an alternative option for GPs or healthcare providers as an ophthalmic’s expertise isn’t needed to interpret the results in a primary care setting.

The algorithm is estimated to take 20 seconds and the total IDx-DR system runs in a matter of minutes to provide a screening decision.

Once the images captured are of sufficient quality and submitted to the IDx-DR system -to determine if the patient is suffering from diabetic retinopathy, one of two possible result is produced by the device:

Either the software indicates the patient has more than mild diabetic retinopathy and must be referred to an eye care professional for treatment, or the patient is classified as a “negative” for the disease and should be re-screened in 12 months.

The use of artificial intelligence in medical diagnosis may bring up the question of whether technology could replace human eye care professionals.

But Dr Abramoff stressed that the system isn’t created to replace trained professionals.

He added: “It’s dealing with the reality that many patients with diabetic retinopathy still aren’t being screened before vision loss occurs.”

What is diabetic retinopathy?

Diabetic retinopathy can affect anyone with type 1 or type 2 diabetes.

It is a micro-vascular complication of diabetes caused by long-term damage to the small blood vessels of the retina, usually from higher and less controlled blood sugar levels.

Diabetic retinopathy is the most common vision impairment for people with diabetes, and is one of the leading causes of blindness in American adults.

If a person has the condition and is not identified before they experience signs of vision loss, the damage is irreversible.

However, these conditions can be reduced if the disease is identified early, which Dr Ambramoff says the IDx-DR has the potential to achieve.

According to the US’ Centers for Disease Control and Prevention (CDC), more than 100 million American adults are now living with diabetes.

Despite the disease being one of the most preventable causes of blindness or vision loss, 50% or more people with diabetes do not regularly attend eye exams due to inconvenience and costs.

“As the first of its kind to be authorized for commercialisation, IDx-DR provides a road-map for the safe and responsible use of AI in medicine.”