The gene-editing capabilities of CRISPR have been known for a while, but a new delivery method involving lipid nanoparticles could tackle high cholesterol by targetting DNA in the liver 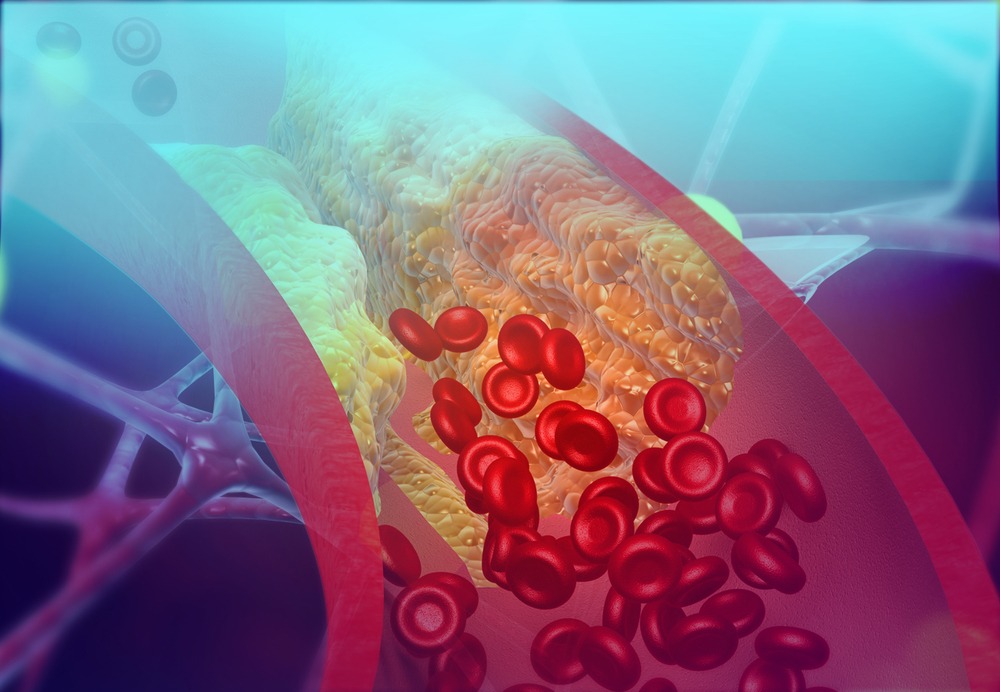 High cholesterol is a risk factor for numerous life-threatening conditions, including heart disease, stroke and hypertension – but gene editing may hold the key to lowering it.

For a while now it’s been known that the nucleotide profile of certain strands of human DNA influence the amount of circulating lipoproteins – biochemical structures made to transport fats around the body in the blood.

When healthcare professionals talk about “bad” cholesterol, they’re referencing the low-density lipoprotein (LDL) that ferries cholesterol (as well as other fats) around the body, where it is used to produce hormones, Vitamin D and bile.

While this is advantageous for the body, the liver produces LDL alongside the excess that we get from foods, and a diet rich in cholesterol results in more LDL than the body needs, and so on its way through the bloodstream deposits of it build up as plaque in the arteries, narrowing the pathway for blood to flow through.

The liver also produces high-density lipoprotein (HDL), which removes excess cholesterol, including from plaque build ups, by gathering it and transporting it to the liver, where it is broken down into bile and used to aid in digestion.

The need to keep LDL low enough to prevent plaque from building up so much that HDL can’t keep up with its removal before it causes a blockage has led to several areas of medical science coming up with potential therapies.

The primary treatment prescribed by doctors is the use of HMG-CoA reductase inhibitors – better known as statins – which prevent the liver from producing LDL cholesterol.

Outside of other pharmaceutical developments, editing the DNA of human beings is a promising option, but scientists have struggled to find an effective way to deliver the gene-editing payload – until recently.

Lipid nanoparticles as a vehicle for gene-editing material

One of the most promising applications of gene editing for lowering cholesterol centres around the gene Angptl3, which is responsible for producing the protein angiopoietin-like 3 – an enzyme that decreases the activity of another group of enzymes known as lipases, which are vital for the breakdown of fats.

In some lucky individuals, a mutation in the Angptl3 gene prevents the production of this enzyme, allowing lipases to break down the fats that could otherwise build up as plaque.

A range of methods have been used to deactivate the Angptl3 gene, but lipid nanoparticles (LNPs) have emerged as the most effective.

The authors of a study released this month (March 2021) found that their specific LNP design – loaded with mRNA based on leading gene-editing technology CRISPR – achieved Angptl3 deactivation reflecting those individuals with mutated genes in mouse liver cells.

Qiaobing Xu, associate professor of biomedical engineering at Tufts’ School of Engineering and corresponding author of the study, said: “If we can replicate that condition by knocking out the angptl3 gene in others, we have a good chance of having a safe and long term solution to high cholesterol,”

“We just have to make sure we deliver the gene-editing package specifically to the liver so as not to create unwanted side effects.”

This location-based delivery was a sticking point for gene-editing technology while viral-based methods – in which the mRNA payload was carried by a modified virus unable to replicate – were the standard practice used.

But the study conducted by Tufts is one of several recent examples of the precision that can be achieved using lipid nanoparticles.

One shot treatment for high cholesterol?

After a single injection of lipid nanoparticles packed with the gene-editing mRNA coding for CRISPR-Cas9 and a single-guide RNA targeting Angptl3, Xu and his team observed a reduction in LDL cholesterol by as much as 57% and triglyceride levels by about 29%, both of which remained at those lowered levels for at least 100 days.

By contrast, the research team said an existing FDA-approved version of CRISPR mRNA-loaded LNPs could only reduce LDL cholesterol by at most 15.7% and triglycerides by 16.3% when it was tested in mice.

The version of the technology mentioned is the liver-targeting MC-3 LNP used in the drug Onpattro from Alnylam Pharmaceuticals.

The researchers also speculated that the effect may last much longer than 100 days owing to the naturally slow turnover of cells in the liver and the dose-dependent reduction in cholesterol and triglyceride levels that could be adjusted by injecting more or less LNPs in a single shot.

Of course, the proof-of-concept obtained from testing in mice is no substitute for in-human trials – but with a raft of in-human studies conducted in 2020 showing promising results, the researchers at Tufts are confident their findings will translate into the clinic.

Zachary Glass, co-first author of the study and graduate student in the Xu lab said: “We envision that with this LNP platform in hand, we could now make CRISPR a practical and safe approach to treat a broad spectrum of liver diseases or disorders.”

Despite this enthusiasm, Glass and the team recognised in their paper that their CRISPR delivery system would need to undergo more detailed pre-clinical testing before it is ready for in-human trials.