ORi, available outside the U.S., is a noninvasive and continuous parameter intended to provide insight into a patient’s oxygen status during moderate hyperoxia 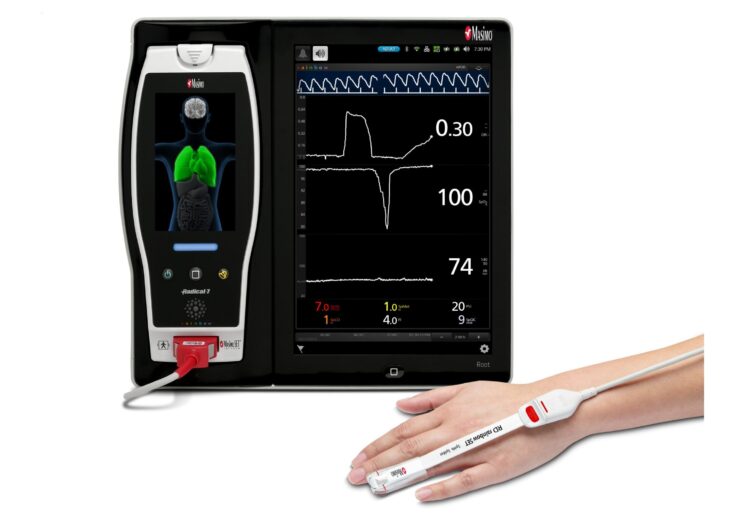 Masimo has announced the findings of an abstract recently presented at Euroanaesthesia 2020 in which Dr. Kumagai and colleagues at Iwate Medical University Hospital in Yahaba-cho, Japan investigated whether Masimo ORi, Oxygen Reserve Index, could be used to limit the extent of postoperative hyperoxia. The researchers concluded that ORi helped “suppress hyperoxia, preventing hypoxia.”

ORi, available outside the U.S., is a noninvasive and continuous parameter intended to provide insight into a patient’s oxygen status during moderate hyperoxia. Enabled by the multi-wavelength rainbow Pulse CO-Oximetry platform, ORi is provided alongside oxygen saturation (SpO2), a clinically proven Masimo SET pulse oximetry measurement.

Noting that postoperative hyperoxia is associated with various adverse outcomes—including “acute lung injury, increased hospital mortality, and worse outcomes in patients with ischemic stroke”—the researchers sought to determine whether a noninvasive, continuous parameter could help clinicians assess the appropriate amount of supplemental oxygen to administer to surgical patients, so as to limit hyperoxia post-surgery. They divided 50 patients scheduled for breast surgery into a group receiving ORi-based oxygen treatment (group O) and a control group that received conventional postoperative oxygen treatment (group C). In group C, after extubation, oxygen was administered at a fixed rate (4 L/min); in group O, oxygen was administered at 4 L/min but decreased by 0.5 L/min if ORi > 0.00, until ORi was 0.00 for 30 minutes continuously. Blood gas analysis was performed at various intervals. Hyperoxia was defined as partial pressure of arterial oxygen (PaO2) > 120 mmHg, and hypoxia as oxygen saturation (SpO2) ≤ 94% for more than 1 minute.

ORi has not received FDA 510(k) clearance and is not available for sale in the United States.