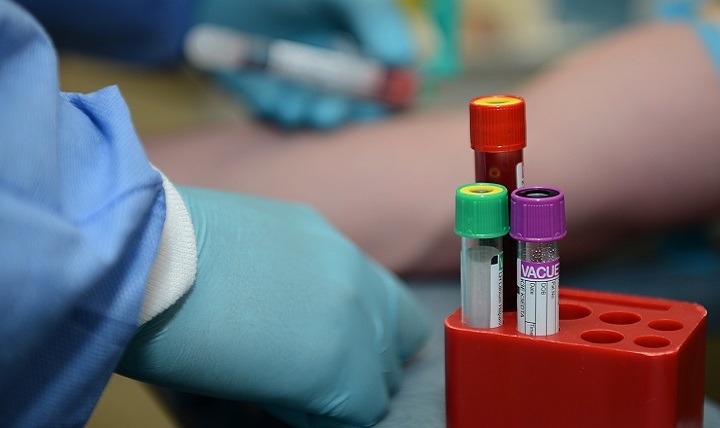 A new blood test that can detect prostate cancer in high-risk patients has been developed by a research team at Mahidol University in Thailand.

The condition often develops slowly over many years, making early detection difficult due to lack of symptoms.

Each year, one million men in the US undergo biopsies to determine whether they have prostate cancer, a procedure traditionally guided by ultrasound imaging.

He said: “Tumour-associated circulating endothelial cells are highly promising biomarkers for the detection of early-stage cancers because they are thought to derive directly from a tumour’s own blood vessels.

“Unfortunately, however, they are extremely rare and almost indiscernible from normal blood cells, which is why they have been considered undetectable in routine laboratories until now.”

How does the new blood test for prostate cancer work?

According to the Centers for Disease Control and Prevention, prostate cancer represents nearly 10% of all cancer cases in the US, making it the second-leading cause of cancer-related death in American men behind lung cancer.

The American Cancer Society reports almost 174,650 new cases of prostate cancer and an estimated 31,620 prostate-related deaths will occur in the US this year.

As early diagnosis can help avoid extreme costs, discomfort, pain and adverse effects on quality of life, Dr Bhakdi and his team worked with private partners to develop a series of new technologies operating at sub-zero temperatures.

This allowed the researchers to isolate tCEC from whole blood and visualise them under a microscope.

Prostate cancer usually develops slowly and the majority will not require treatment in a man’s lifetime.

However, doctors struggle to predict which tumours will become aggressive, making it hard to decide on treatment for many men.

As a result, it could indicate whether or not the disease will actually harm the patient.

“And our study suggests that our assay serves well in distinguishing between men with and without clinically significant prostate cancer.

According to the US Preventive Services Task Force — an independent panel of experts in primary care — most healthcare organisations do not recommend the traditional prostate-specific antigen (PSA) screening for prostate cancer.

This has mainly been in response to conflicting evidence about the benefits and clear evidence of harms.

It can lead to false positive or ‘over diagnosed’ cancer — detecting prostate cells that histologically represent cancer, but will never grow to cause a patient harm.

“In more than 75% of all cases where PSA testing has led to a multi-core biopsy of the prostate, it came out negative — meaning the patient underwent a highly invasive procedure for no reason at all.”

Dr Bhakdi noted that it was carried out as part of a prospectively blinded screening study conducted from 2016 to 2019, involving almost 170 subjects.

A validation study covering more than 1,000 prostate cancer patients is currently being conducted at Mahidol University’s Siriraj Hospital in Thailand.