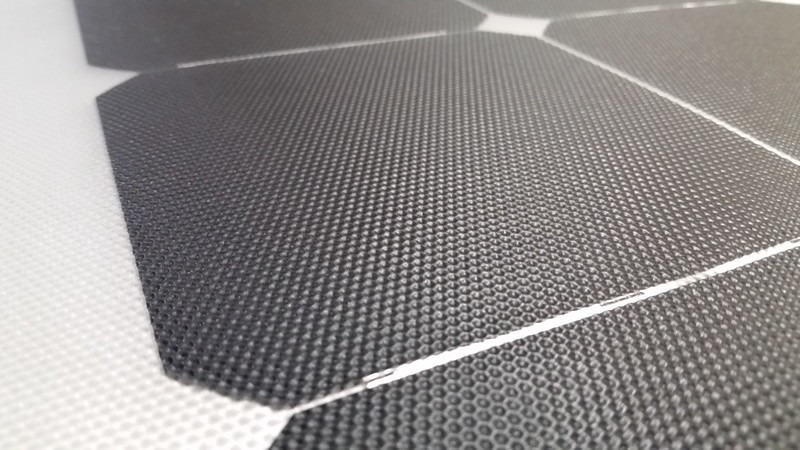 3D printing in the medical industry has been observed by many due to its speed and precision, but improving on this even further is the recent development of flexible 3D-printed mesh materials and their potential uses for various medical applications.

These materials, designed by engineers from the US Massachusetts Institute of Technology (MIT), are ideal for certain areas of the body with soft tissue, like muscles and tendons.

Sebastian Pattinson, who led their development through his research as an engineering lecturer at the University of Cambridge, explained structures in each mesh can be made “tough yet stretchy” depending on a patient’s body.

“3D-printed clothing and devices tend to be very bulky – we were trying to think of how we can make 3D-printed constructs more flexible and comfortable, like textiles and fabrics,” he said.

“This work is new in that it focuses on the mechanical properties and geometries required to support soft tissues.”

Also called “additive manufacturing”, traditional 3D printing was first developed in the 1980s, and operates by taking a digital model or blueprint of the subject that is then printed by adding layers of material together to make a new version.

The technique has been applied by many different industries to print medical devices such as hearing aids, dental crowns and limb prosthetics that can now be digitally designed and customised for individual patients.

However, these devices have previously been created to either replace or support parts of the body that require limited movement and therefore printed from hard, inflexible materials.

Inspired by the structure of fabric, Mr Pattinson focused on the molecular makeup of collagen – the major component of connective tissues that comprise various bodily features including tendons, skin and muscles – when creating the flexible material.

Mr Pattinson explained to NS Medical Devices that he designed the 3D-printed mesh structures and material with wavy patterns created primarily through extrusion of a material called thermoplastic polyurethane (TPU), which is similar to the structure of collagen.

He said: “The geometry and material combine to make the parts flexible.”

According to US chemical manufacturing company Huntsman Corporation, TPU is a versatile polymer that is soft and processable when heated, turns hard when cooled and is capable of being reprocessed multiple times without losing structural integrity.

Mr Pattinson said: “One of the reasons textiles are so flexible is that the fibers are able to move relative to each other easily, we also wanted to mimic that capability in the 3D-printed parts.”

“There’s potential to make all sorts of devices that interface with the human body -surgical meshes, orthoses and even cardiovascular devices like stents.”

What devices can be designed with flexible 3D-printed mesh materials?

In a study published last month, Additive Manufacturing of Biomechanically Tailored Meshes for Compliant Wearable and Implantable Devices, the team demonstrated how the material can develop ankle braces.

They designed a long strip of mesh and attached it along the outside of the ankle, and measured when any force was exerted by the ankle – with or without the mesh – as it was moved in 12 different directions.

It was discovered that the mesh only increased ankle stiffness when turning inward – a common movement that causes ankle sprains – while allowing the joint to move freely in other directions as it was made using relatively stretchy material.

The researchers also developed a knee brace that could conform to the knee even as it bends, as the material was composed of patterns that become wider when pulled apart.

It was found to conform to the knee joint and would allow for natural movement while also providing support.

In addition, they produced a glove with a 3D printed mesh sewn into its top surface, which can fit into a wearer’s knuckles, providing resistance against involuntary clenching that can occur following a stroke.

The material can also be used to design a knee brace with a mesh that has centres with auxetic structures – patterns that become wider when pulled on.

Therefore, the stretchy material would be useful in supporting highly curved surfaces of the body, during constant movement such as walking.

Mr Pattinson also explained how the mesh will be useful for surgical meshes – a thin material used for tissue reinforcement – such as implantable hernia meshes, which would need to be modified in to a stiffer material that would also be comfortable.

Surgical mesh is a screen-like material that is used as a reinforcement when an organ or internal tissue breaks through a hole in the muscles.

In July 2018, the use of hernia mesh, specifically, was temporarily banned across the UK amid safety concerns surrounding the procedure.

An investigation by the BBC’s Victoria Derbyshire programme found up to 170, 000 patients who have had hernia mesh operations in the past six years could be experiencing complications.

Yet NHS trusts in England have no consistent policy for treatment or follow-up with patients.

Patients who had had hernia mesh operations told the programme about being in constant pain, unable to sleep, and finding it difficult to walk.

However, this April, the UK’s National Institute for Health and Care Excellence stated that mesh implants can be offered again by NHS England due to limited evidence.

The health watchdog said operations must be performed by specialist surgeons at specialist centres before their reintroduction.

To develop the the 3D-printed flexible mesh as an implantable device to support hernia, Mr Pattinson and the team of researchers incorporated stainless steel fibers over the regions of the pliable mesh.

They placed another layer of the elastic mesh over the stiffer thread to result a comfortable combination of stiff and elastic material that can easily stretch up to a point and then start to stiffen to prevent a muscle from over-straining.

According to Mr Pattinson, this is just one of a myriad of potential devices that could be made to interface with the human body using 3D-printed mesh material.