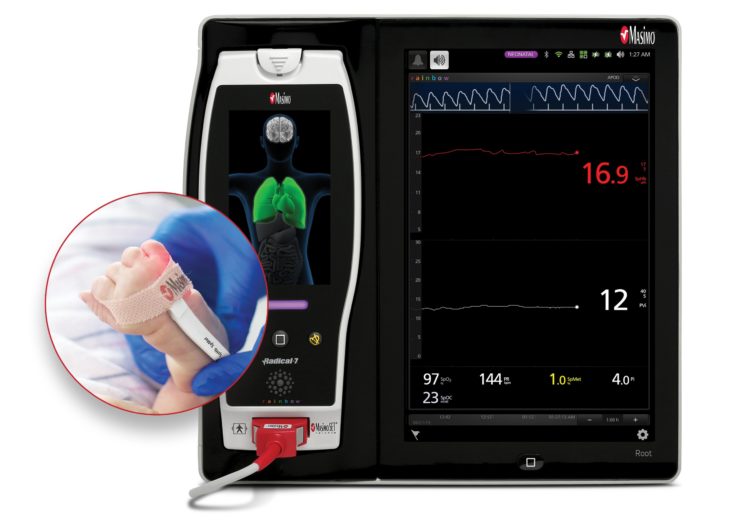 US-based non-invasive patient monitoring technologies manufacturer Masimo has received the CE mark for its SpHb, a non-invasive and continuous haemoglobin monitor, for neonatal and infant patients below 3kg.

Masimo said that its SpHb for neonates and infants is equipped with rainbow sensors, to measure multiple additional non-invasive parameters along with SpHb, including oxygen saturation (SpO2) and methaemoglobin (SpMet).

Neonates and infants have less blood than older patients, due to their smaller size, and are less capable of generating new red blood cells for nearly first eight months of life due to the lack of bone marrow density.

CE mark approval of the SpHb ensures its benefits are available for patients of all ages in CE countries.

According to Masimo, the invasive methodologies currently in use for measuring haemoglobin would provide only discontinuous delayed results, while its SpHb provides continuous, non-invasive measurement.

In addition, SpHb tracks the stability, or instability, of a patient’s haemoglobin trend, providing a view into changes, or lack of changes, in haemoglobin between invasive blood samples to enable clinicians closely monitor neonatal haemoglobin status in real time.

Masimo founder and CEO Joe Kiani said: “We are thrilled to be able to bring the power of noninvasive haemoglobin monitoring with SpHb to the youngest, most fragile patients of all. We have long been dedicated to helping improve the lives of neonatal and infant patients, and this latest clearance significantly furthers that mission.

“SpHb is already used to monitor adult patients in more than 75 countries. We look forward to witnessing the impact that SpHb will now be able to have on neonatal and infant patients.”

Besides, the rainbow sensors are capable of monitoring SpO2 using Masimo SET Measure-through Motion and Low Perfusion technology which demonstrated its ability in various studies to outperform other pulse oximetry technologies.