Angle's liquid biopsy system Parsortix was used by academics in Germany to understand the make-up of breast cancer cells, with hopes it could improve treatment 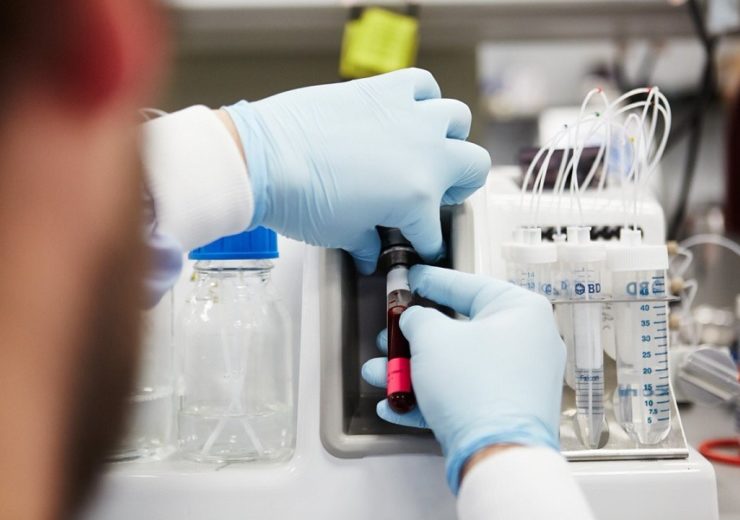 Cells obtained using the Parsortix system can be cultured outside the patient (Credit: Angle Plc)

Blood samples could soon be used to detect cancer cells and improve treatment options, according to the results of a study using technology developed by liquid biopsy company Angle.

As well as offering a less invasive form of retrieving the cells – extracting tissues require repetitive surgery, while blood samples can be taken via a needle – it provides doctors with more information on how to stop the disease spreading.

The technology has now been used by German researchers to understand the make-up of breast cancer cells, with hopes it could improve treatment for this particular disease.

Angle CEO Andrew Newland told NS Medical Devices: “The patient just has a blood test, and inside that blood there’ll be a small number of cancer cells.

“We’ve developed a proprietary technology with an instrument that is extremely good at getting cancer cells out of the blood.

“Even though they’re extremely rare – so they may only be one cancer cell in a thousand million blood cells – our technology is capable of recovering that cancer cell.

“It’ll be a world-first, and hopefully the beginning of a transformation for the way cancer patients are treated in the future.”

How cancer is currently diagnosed – and what Angle is doing differently

Early detection and treatment of cancer reduces mortality rates, and a biopsy is currently the only diagnostic procedure that can definitively determine if an area affected by pain or discomfort is cancerous.

Extracting tissue samples through the traditional biopsy carries significant risks that can result in patients losing their lives.

The Parsortix test, however, uses only a blood sample from which tumour cells are separated for analysis.

Mr Newland said: “The traditional approach to diagnosing and treating for cancer is via tissue biopsy, which requires cutting out some of the cancer and taking the tissue to the laboratory for analysis.

“We’re doing a great deal of work with breast cancer – but the same approach is applied to all human cancer, so diseases like blood cancer and prostate cancer.

“But in breast cancer, for example, the woman who’s got a primary tumour will have a cancerous growth in her breast and the first line of attack is to cut that out.”

He explained the lump cut out is analysed to identify the presence of any cancer cells and learn important information about that individual patient’s cancer and how it can be treated.

In these cases, the patient would then be given a trastuzumab, a targeted cancer drug that provides a good response, but fails to be effective if the cancer is HER2 negative -which doesn’t have high levels of the breast cancer gene.

Liquid biopsies are a reliable alternative to conventional biopsies as they offer cheaper, easier and less invasive ways of monitoring illnesses.

They are becoming a reliable alternative to conventional biopsies as they offer a cheaper, easier and less invasive way of monitoring illnesses, and a method that could be used to guide cancer treatment decisions.

In a liquid biopsy, cancer cells are extracted from the patients’ blood rather than having surgery that involves cutting out the tissue.

Business intelligence firm Transparency Market Research predicts the global liquid biopsy market will top the $9bn mark by 2026, with an anticipated rise of 10.1% compound annual growth rate between 2018 and 2026.

Angle, based in Surrey, developed the Parsortix system to carry out liquid biopsies for cancer.

The company says it can can isolate and individually investigate the heterogeneity of the cancer – the various gene expressions and other characteristics that are part of the cell’s make-up – and help guide treatments in the future.

Blood samples collected in tubes are attached to the Parsortix instrument, which passes the blood through a filtration cassette to identify the one in a thousand million affected cells.

Another device, a micro-manipulator called the CellCeletor that can detect gene expressions, is then used by scientists to investigate the individual circulating tumour cells (CTCs) – those carrying the disease.

Mr Newland said: “This new workflow provides a simple and effective approach to single cell CTC analysis, which is a developing area of research use for the Parsortix system.

“Investigation of gene expression and HER2 status will be an important application of Parsortix following FDA clearance.”

In a recent study, researchers from the medical faculty of the Heinrich-Heine University of Duesseldorf, in Germany, used Parsortix to understand what determined the basis of different strains of the same cancer.

Their focus was on breast cancer and the results were published in peer-reviewed journal Cancers this week.

The results demonstrated how it was able to complete polymerase chain reaction-based gene expression analysis – a method used to amplify stretches of DNA by creating many identical or near-identical copies of single CTCs processed by Parsortix.

It was made directly from the patient sample, as well as from cells obtained using Parsortix and subsequently cultured in a lab for scientists to observe – an approach that could facilitate complex therapeutic decision-making based on the CTC analysis.

The work was able to detect varying gene characteristics between the individual CTCs, as well as demonstrating that changes in a patient’s HER2 expression can be detected.

Professor Dr Hans Neubauer, from the university hospital and medical faculty of the Heinrich-Heine University of Duesseldorf, said: “The ability to analyse single CTCs provides a wider understanding of the patient’s cancer and may shed greater insight into drug resistance, enabling improved therapeutic selection and response.

“The Parsortix system addresses key issues by removing large numbers of white blood cells, while retaining the viability of the CTCs for subsequent culture.”

What’s next for Angle?

Angle has worked extensively to gain approval from the US Food and Drug Administration (FDA) for its Parsortix system, and has completed the clinical studies required for regulatory clearance in breast cancer.

“The good news is the FDA has already confirmed the headline result that our study has been successful in harvesting cancer cells, from the blood of mastectomy breast cancer patients,” added Mr Newland.

“Angle is currently involved in finalising analytical studies to show the performance of our instrument – its reproducibility and a variety of other requirements for the FDA.

“It’s on schedule to be completed before the end of this year for a submission to the FDA, and we are hoping to be the first company to have an FDA-cleared platform for harvesting cancer cells from patient’s blood for analysis.”