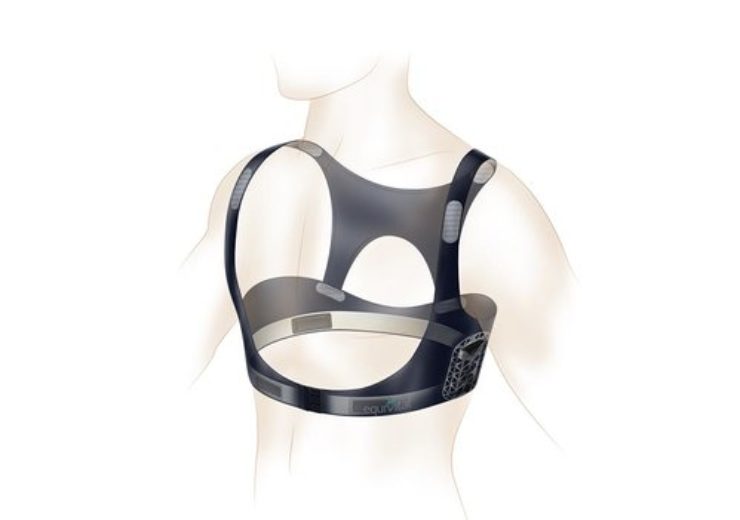 A healthcare wearable is improving the lives and performances of US soldiers by using a body sensor system worn across the chest to keep them safe from heat-related injuries.

Equivital, the company which developed the LifeMonitor product, is the only wearable tech firm in the world to have FDA 510K clearance, meaning the sensor can be worn in hazardous and potentially explosive environments, like warzones.

Based in Cambridge, it develops customised technical products to achieve accurate, precise and real-time mobile human data to monitor and maintain the well-being of wearers.

CEO Anmol Sood appeared at the Wearable Technology Show in March to talk about the Equivital LifeMonitor – which was also used on Felix Baumgartner during his famous Red Bull Stratos space dive in 2012.

He said: “We are a professional wearable technology company focusing on mobile human monitoring, we monitor real people in real environments.

“Our mission is to empower people with mobile human data to improve their performance effectiveness and safety.

“We’ve had that written since I founded this company ten years ago, and that is what we abide by now.”

Having worked in the industry for just over a decade, Mr Sood observed how wearable technologies have drastically evolved over the years.

He said: “The terminology ‘wearable products and technologies’ is being used much more pervasively around the world.

“From smart watches to smart jewellery and VR headsets, wearable products are being used everywhere today – including the oil and gas industries, by military, paramedics and firefighters, and in healthcare research.

“While any activity is being undertaken, wearable data can give you the understanding to know when you should be working harder and when you should you be resting to efficiently enhance whatever your app performance is.”

Equivital was built to not only collect data, but to also identify the actionable information to make tangible and measurable benefits – key features Mr Sood claims many companies fail to do.

How can a healthcare wearable display tangible benefits?

As a multi-brand system that provides contextualisation of accurate and reliable data, actual information is generated to give better situational awareness, so the data is presented and utilised with efficient outcomes.

Mr Sood believes for the system to be used it cannot be too intrusive or complicated, and the data must be easy to interpret and understand.

Moreover, people have to want and need to wear them for the desired length of time they need to be monitored for and in the target environment.

He said: “We’re trying encourage stickiness. Everyone knows wearable technology had a massive boost in the late 2010s, but the reason it was not so sustainable is because there was no stickiness.

Currently being used within the industrial military with its medical-grade Equivital LifeMonitor, the chest-based system comprises sensor devices that can monitor heart and respiratory rate, and heart rate durability.

Mr Sood said: “Our value proposition is that the environment, equipment and clothing that an individual or group of individuals wears can increase the risk of heat illness and other physiological related injuries, and that’s a big issue.

“It’s interesting because we came up with this eight or nine years ago, and I have seen such a massive increase of interest from customers on this particular topic in the past two to three years.”

The respiration band measures the contraction and expansion of the chest, providing a breathing rate as well as an an infrared thermometer, which obtains the skin temperature from underneath the arm.

Mr Sood said: “We’re the only wearable tech company approved by the US military, which is our largest customer, and we’re its largest supplier of wearable tech right now.

Using a traffic light system as an indication of whether the wearer is above or below certain pressures, the Equivital team runs an intelligence programme comprising activity algorithms and heat stress algorithms.

An estimated full-body temperature is calculated with raw physiological parameters from heart rate and activity data that are converted to “heat-straining effects”, which is a zero to ten index predicting how likely the individual is to suffer a heat related injury.

In 2012, Austrian skydiver Felix Baumgartner made the highest free-fall jump from a distance of 127,852 miles from space.

Equivital was approached by the Red Bull Stratos team to monitor Baumgartner’s physiology during the space jump, with the firm interested in making the event scientifically-relevant and also learning more about physiology.

Mr Sood said: “We were contacted by Red Bull who got in touch with us by NASA, and, if you remember, this was the most viewed event on YouTube.

“All of this bio-med data was coming from our system that he was wearing when he went up and fell from space.”

What’s next for Equivital healthcare wearables?

Over the next two years, the Equivital team has a complete road map of plans for the development of its wearable technology.

Mr Sood said: “A revolutionary one that were doing is releasing new, non-invasive sensor products to use much more widely without interfering with anyone’s day to day operations.”

Realising his company is part of of a wider technology eco-system, he plans to increase the flexibility of APIs (application programming interfaces) to allow greater integration with other sensor products and data streams to improve and increase contextualisation.

He added: “Finally, we want to increase the amount of intelligence in our system and give better actual information and, therefore, better value to our customers and users.”