Medical device company Flow Neuroscience, creator of the Flow headset and therapy app for depression treatment, today announced it has raised $1.5m in an investment round 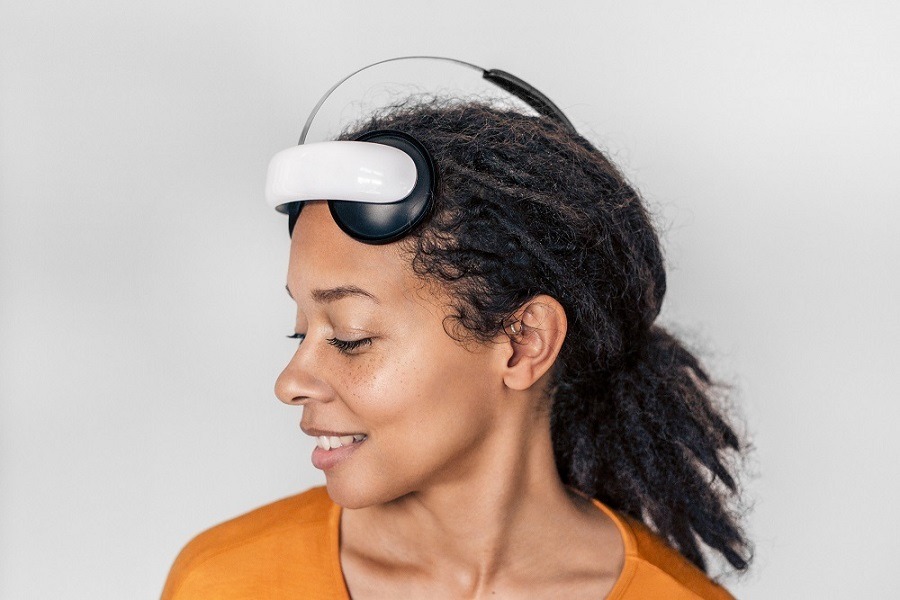 Flow Neuroscience aims to treat those 300 million people with brain stimulation instead of pharmaceuticals with its headset and therapy app (Credit: Flow neuroscience)

The technology, called Flow, provides medication-free treatment for conditions such as depression by sending electrical signals to rebalance relevant parts of the brain.

Patients can also use the app to receive health advice from virtual therapists.

The funding is led by Khosla Ventures, a US firm that provides venture assistance and strategic advice to entrepreneurs working on breakthrough technologies.

It will be used to further support its European roll-out and fund clinical studies.

“This has the potential to improve the standard of care and reduce global healthcare costs.

“The Khosla Ventures investment will support the next stage of our journey as we cement our position as European leaders of brain stimulation treatment for depression.”

How does the Flow headset and therapy app treat depression?

Flow Neuroscience was founded in 2016 by Mr Mansson, a clinical psychologist by trade, and neuroscientist Erik Rehn.

They combined their respective fields with machine learning to create an interdisciplinary physical and behavioural treatment for depression, which formed the basis for the Flow technology.

Patients diagnosed with major depressive disorders often have a lower neural activity in their left frontal lobe – the part of the brain controlling important cognitive skills.

It is also considered the emotional control centre and home to an individual’s personality.

This is an area the Flow headset uses transcranial direct current stimulation (tDCS) to deliver a direct low-energy current to stimulate neurons and help re-balance activity.

Clinical trials published in the New England Journal of Medicine and the British Journal of Psychiatry have demonstrated that brain stimulations of this nature have a similar impact to antidepressants, but with fewer and less severe side effects.

The brain stimulation delivered in the Flow headset is technically and clinically equivalent to devices used in these randomised controlled trials.

Khosla Ventures principal Dr Alexander Morgan said: “The research on tDCS shows efficacy similar to pharmacological treatment with antidepressants, and the Flow team worked hard to show safety, which earned them approval for sale in Europe as a Class IIa medical device.

“The technology combines portable hardware and software, and we believe this offers an exciting and scalable solution for potentially hundreds of millions of people living with depression globally, empowering patients directly with new options for treatment.

“We are very happy to be supporting Flow Neuroscience in this effort to bring a new medication-free treatment for depression into the market.”

In Europe, Flow is listed as a class two medical device by the British Standards Institute, intended for use as a treatment for depression that lasts for 30 minutes per session, with 18 sessions over six weeks.

Flow Neuroscience will soon talks with the NHS to have its brain stimulation headset available through prescription and will also be working with the FDA to seek regulatory clearance in the country.