El Camino Hospital today announced it is the first hospital in California to have successfully performed the new and recently Food and Drug Administration (FDA) approved lung valve treatment for patients with severe COPD/emphysema, an incurable lung disease that causes extreme breathing difficulty and constant discomfort for patients. 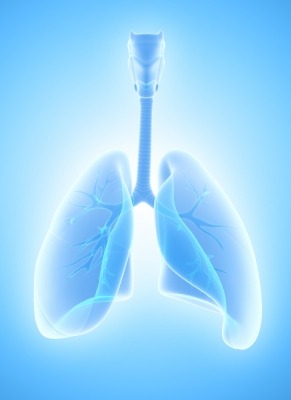 The Zephyr Endobronchial Valve treatment represents a major advancement because it is the first minimally invasive procedure to help emphysema sufferers breathe easier without major surgery.

More than 15 million Americans suffer from COPD, and 3.5 million of those patients have emphysema according to the American Lung Association. Despite using COPD medications, over one million emphysema patients continue to suffer symptoms of hyperinflation, in which air becomes trapped in the lungs and prevents new air from coming in, causing severe shortness of breath. Breathing becomes inefficient and patients have to work very hard just to breathe – making normal activities, like walking, eating or even bathing, difficult. There are few treatment options for most patients with emphysema and there is no cure.

“As one of the first hospitals to offer bronchoscopic lung volume reduction, we are excited to be at the forefront of minimally-invasive lung care,” says Dr. Ganesh Krishna, medical director of the Interventional Pulmonology Program at El Camino Hospital and a doctor at Palo Alto Medical Foundation, part of Sutter Health. “This procedure has the potential to improve breathing, lung function and quality of life for so many people living with emphysema and COPD in California and the Western United States.”

For years, the only treatment options for people with severe COPD were highly invasive treatments such as lung volume reduction surgery or lung transplantation. After clinical trials, including the US approval study LIBERATE which the Taft Center for Clinical Research at El Camino Hospital participated in, the FDA recently approved the Zephyr Endobronchial Valve treatment under their “Breakthrough Devices” status. The one-time procedure is done during a simple bronchoscopy that requires no cutting or incisions. During the procedure, tiny valves are placed in the airways to block off the diseased parts of the lungs where air gets trapped. Keeping air from getting trapped in the diseased parts of the lung allows the healthier parts of the lungs to expand and take in more air. This results in patients being able to breathe easier and have less shortness of breath. Since FDA approval, El Camino Hospital has performed the second highest number of Zephyr Endobronchial Valve procedures in the country.