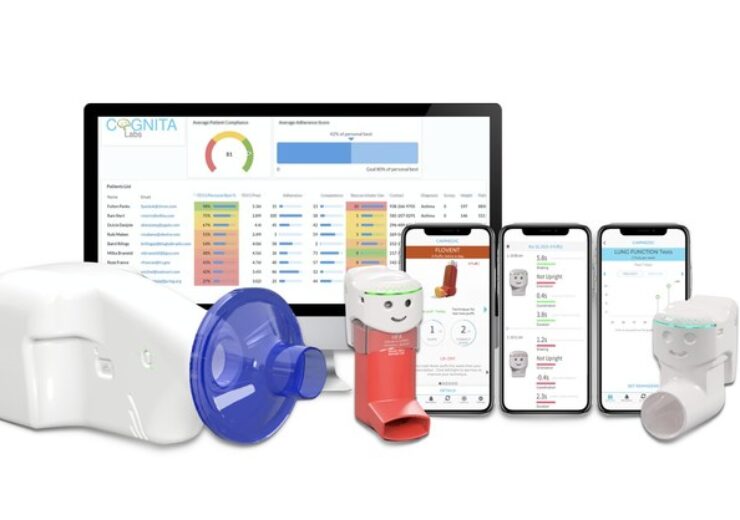 A simple, effective, point-of-care lung testing has been lacking, while 10% of the population suffers from respiratory conditions such as Asthma and Chronic obstructive pulmonary disease (COPD)1. Today, lung testing usually requires a forceful spirometry test that is difficult to perform for young children and elderly patients. Cognita Labs has developed a novel device, PulmoScan, that utilizes an alternative way of assessing the lungs.

PulmoScan sends gentle pressure waves to identify airway blockage and stiffening walls, resulting in a simple test, requiring minimal patient effort. Its underlying oscillometry method has been studied and validated over many decades. However, there have been no affordable portable devices to bring this test to a larger patient population until now. The simpler oscillometry method, as done by PulmoScan, is increasingly being adopted and is also reimbursable via CPT code 94728. Additionally, PulmoScan can also be used at home and covered by the recently released reimbursement codes for remote patient monitoring.

“Millions of patients don’t have access to objective lung testing, even in developed countries. Our goal is to bring state of the art testing to all patients,” said Mr. Patel, CEO & Cofounder of Cognita Labs. “Backed by the National Science Foundation and National Institute of Health grants, our team of leading researchers has spent years on R&D to bring PulmoScan to patients.”

A need for a simpler test is even more urgent in the COVID-19 era. The ALA (American Lung Association) and other groups have advised limiting spirometry to critical patients due to fear of aerosolization that results from the patient’s forced breathing and resulting coughing. Aerosolization can spread the Coronavirus. PulmoScan fills in the gap. PulmoScan only requires rested breathing, reducing the risk, and also eliminating significant patient interaction for training. PulmoScan can be operated wirelessly from a distance, thereby further reducing operational risks.

Dr. Chris Landon of Ventura County Medical Center has been an early user of PulmoScan. He remarked that “Our nurses are always overwhelmed with patients and sometimes it is not possible to get quality results from young patients. PulmoScan allows us to do a quick test and still get a reliable measure of lung condition. Nurses also feel more comfortable around patients conducting PulmoScan tests during the pandemic.”

Pulmonary conditions such as smoking-induced COPD and Asthma are on the rise, resulting in over $50B in avoidable costs in the USA. Worldwide, more than 50% of COPD patients stay un/under-diagnosed2. Early detection and regular monitoring have the potential to save billions of dollars in healthcare utilization. Cognita is bringing PulmoScan as an affordable lung assessment device to not only screen large populations but also easily monitor the progression of the disease.