The use of magnetic filtration has the potential to transform the treatment of metastatic cancers. Kenneth E Scarberry and John F McDonald of the Georgia Institute of Technology in Atlanta, US, explain how an ancient method of purging the human body of impurities could provide the inspiration for future research into the removal of malignant cells. 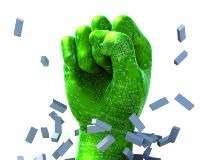 Magnetic filtration has been actively applied in industrial processing, food processing and wastewater management strategies over several decades as a means of eliminating magnetic impurities.

Removing impurities from bodily fluids is a concept that pre-dates the ancient practice of bloodletting, which evolved into the science of haemofiltration in the 1800s. The recent advent of nanoscience enabled a synergistic approach to purging the human body of contaminants by first selectively magnetising them using magnetic nanomaterials, and then removing them using magnetic filtration and the fluid management principles integral to technologies like haemofiltration and peritoneal dialysis.

Contaminants in the human body may include viruses, malignant cells, pathogens, parasitic agents, toxic small molecules, or unwanted oligonucleotides or proteins and must be differentiated from essential constituents in bodily fluids. Differentiation can be achieved by fitting magnetic nanomaterials with functions that specifically bind to the target of interest. Once the target is magnetically labelled by the nanomaterial, both the nanomaterial and its captured target can be manipulated by magnetic fields. A magnetic filter connected to a pump-driven extracorporeal circuit can extract the magnetised targets from fluids (for example, blood, peritoneal fluid) that are being cycled to and from a patient.

There is an urgent need to prevent the metastatic spread of cancers. Often, the lethality of cancers is not due to tumorigenesis at the original locus but to the establishment of distant foci by malignant cells that exfoliate from the primary tumour. This exfoliation and migration is referred to as metastasis and can take place when the tumour is ruptured during surgical intervention or when the malignant cell experiences morphological changes that affect its adherence to other malignant cells at the tumour site. Metastases can lead to a variety of complications and can be prevented by reducing free-floating malignant cell titre using the aforementioned magnetic filtration technique.

Ovarian cancer has an especially poor prognosis because of metastatic growth. It is relatively asymptomatic in the early stages and then spreads rapidly intraperitoneally, causing it to have one of the lowest survival rates. A major pathway of ovarian tumour spread occurs via exfoliation of malignant cells from primary tumour sites, leading to dissemination of cancer cells throughout the peritoneal cavity. Carcinoma of the ovaries frequently results in the accumulation of fluids in the peritoneal and pleural cavities.

Lymphatic obstruction and over production of peritoneal fluids by the epithelial cells of the peritoneal cavity are responsible for the bulk of the fluid accumulation. The constituents of these effusions, or ascites, include malignant cells exfoliated from the primary tumour. The presence of malignant cells in accumulated ascites is often indicative of a poor prognosis for the majority of patients. Unhindered, malignant cells with metastatic potential can establish tumour sites at foci distant to the primary tumour locus and result in an expansion of the disease.

Dendritic and other immunological cell types are also found in peritoneal effusions. The presence of immune cells, however, is seldom sufficient to prevent the expansion of ovarian carcinoma in the peritoneum. Cancer cells generate factors that prevent dendritic cells from mounting an effectual anti-tumour response.

Current standards of care for ovarian cancer are inadequate. The five-year survival rate after late-stage diagnosis is currently about 30% and the majority of cases are diagnosed as late-stage. Ovarian cancer is most commonly treated by surgery or chemical therapy. Some cancer cells may not be removed during surgery, which can lead to regrowth of a tumour cell population. These cells may have also developed resistance to current chemotherapies, worsening the prognoses for cancer patients. Intraoperative rupture of malignant epithelial ovarian neoplasms has also been shown to worsen the prognosis of patients with early-stage ovarian cancer.

Paracentesis or the physical drainage of ascites fluid from the abdominal cavity is a procedure currently used to temporarily reduce abdominal bloating, respiratory distress, and other effects associated with ascites accumulation. However, paracentesis is not a currently effective or accepted means of preventing metastatic disease in ovarian cancer patients and does not selectively remove malignant cells from the peritoneum.

"Often, the lethality of cancers is due to the establishment of distant foci by malignant cells that exfoliate from the primary tumour."

Repeated paracentesis results in the loss of essential proteins and immune cells, hypovolemia and circulatory problems like hypovolemic shock. These limitations make paracentesis an inviable option for the continual reduction of malignant cell titre in peritoneal fluids. For these reasons, alternative strategies are required to remove free-floating cancer cells in the peritoneal fluid of ovarian cancer patients and prevent tumour reformation.

A novel therapeutic device is currently under development that employs nanomaterials, a pump-driven extracorporeal circuit and magnetic filtration to remove free-floating ovarian cancer cells and mitigate their metastatic spread in order to significantly improve long-term survival for ovarian cancer patients. The nanomaterials are magnetic nanoparticles linked to ligands selective for blood-borne or metastatic cancer-specific cell surface proteins. The adsorption of the nanoparticles to the cell surface provides a mechanism to capture and remove target cells from bodily fluids.

Nanomaterials are preferable to alternative filtration solutions like chromatographic columns, which are easily fouled by the slurry of large proteins found in most patient samples. The size-to-surface ratio of the nanomaterials can enhance selectivity and affinity for targets by evading steric barriers. The pump-driven extracorporeal circuit cycles bodily fluids such as blood, ascites or other serous fluids to and from the patient. The fluids can be mixed with functionalised magnetic nanoparticles and magnetically filtered to remove nanoparticle/malignant cell conjugates.

Filtered bodily fluids containing beneficial immune cells and essential proteins are continually cycled back to the patient. The proposed technology is a targeted modality that avoids the collateral damage associated with long-term chemotherapies. The approach is also built on well-established therapeutic principles. Haemofiltration and peritoneal dialysis are two widely accepted standards of care for renal disease.

The aforementioned device leverages many of the standard engineering practices used by these techniques to remove, treat and replace bodily fluids while avoiding immunogenicity, pyrogenicity or other adverse health-related events.

The feasibility of targeting ovarian cancer cells exists because distinguishing characteristics for these cells have already been identified. Immunochemical methods have been extensively applied to selectively identify carcinomas in peritoneal effusions. Various studies have identified antigens with high-expression profiles in malignant ovarian cancer cells. Human epithelial antigen (HEA), the extracellular domain of the MUC16 cell surface protein CA125 and a receptor tyrosine kinase (RTK) EphA2 have been investigated as potential markers for identifying malignant adenocarcinomas in serous effusions.

In order to demonstrate, qualitatively, that metastatic ovarian cancer cells could be selectively captured in the peritoneum using magnetic filtration, live mice were infused intraperitoneally with ovarian cancer cells (HEY) that had been previously incubated with fluorescein diacetate. Magnetic nanoparticles functionalised with Rhodamine-tagged ephrin mimetic peptides (YSA) that are known to bind EphA2 were then injected intraperitoneally and given time to disseminate. A magnet was placed at the surface of the peritoneum and then the mouse was placed prostrate under a fluorescence stereo microscope for imaging. In the mice infused with the HEY cell line, the magnetically captured cells were clearly visible fluorescing through the epidermal layer of nu/nu mice when exposed to a 488nm light source. This seminal study confirmed that cells expressing EphA2 could be captured in vivo.

"The research has strengthened the argument for the therapeutic use of magnetic filtration to combat metastatic disease."

To demonstrate clinical applicability, in vitro studies were conducted using ascites fluid from the peritoneum of human patients with ovarian cancer to confirm the ability of the nanoparticles to selectively bind ovarian cancer cells. The cell populations present in human ascites fluid were identified using flow cytometry and magnetic nanoparticles with peptides targeting ovarian cancer cells were added to the fluid. A magnet was used to remove the magnetic particles from the fluid and the particles were analysed using flow cytometry. It was found that the magnetic nanoparticles extracted specific cell populations from the fluid and immunostaining confirmed that the captured cells expressed markers commonly expressed by ovarian adenocarcinomas. The figure shows that nanoparticles with no peptide conjugates captured a negligible percentage of cells (<0.3%) from each of the cell populations.

A survival study was later designed to assess the efficacy of magnetic filtration in stabilising metastatic spread in an animal model. In that study, verification of EphA2 expression in a murine ovarian cancer cell line (ID8[VEGF160+/eGFP+]) was achieved.

This cell line was then injected intraperitoneally into an immunocompetent mouse model to mimic the human peritoneal carcinosis and ascites accumulation associated with advanced metastatic stages of ovarian cancer. Peritoneal fluids from the experimental group of mice were extracted and mixed with magnetic nanoparticles functionalised with ligands selective for the EphA2 receptor. Magnetic nanoparticle/malignant cell conjugates were removed using magnetic filtration and identified by cellular expression of eGFP using fluorescence microscopy. Filtered peritoneal fluids were returned to subjects by intraperitoneal injection and subjects were later necropsied at the onset of tumour progression.

The purpose of the study was to demonstrate that time to tumour progression could be slowed by removing migratory tumour cells from bodily fluids. A first control group was inoculated with the ID8 (VEGF160+/eGFP+) cell line but received no intervention. A second control group received the same treatment as the experimental group but no nanoparticles were mixed with the peritoneal fluids. When compared pair-wise using Kaplan-Meier curves, it was found that the control groups reached the hazard at significantly faster rates than the experimental group, which supports the initial hypothesis that migratory tumour cell reduction will impede tumour progression. After a single treatment, the median time to endpoint for the experimental group (49 days) was 32.4% longer than that of both control groups.

The research has strengthened the argument for the therapeutic use of magnetic filtration to combat metastatic disease. It has been demonstrated that magnetic nanoparticles functionalised with ligands specific for signature surface receptors on cancer cells can selectively magnetise them and provide a mechanism for mechanically extracting the cells. It has also been demonstrated in a mouse model that selective removal of free-floating ovarian cancer cells using magnetic filtration can significantly increase lifespan.

The medical device under development has broad applications. The current path to market is the development of an FDA-designated class III device. The initial indication of the device will be for treatment of blood and peritoneal fluids from late-stage, metastatic ovarian cancer patients.

It is anticipated that the device and principals used for the initial indication will be subsequently modified to treat other forms of metastasising and blood-borne cancers, and later will be engineered to eliminate viruses, virally infected cells and other pathogens. Future indications for the device will be expanded by changing the ligands on the nanomaterials.

Simply put, to use the device for the reduction of HIV-1 titer would require modifying the nanoparticles with ligands that have an affinity for epitopes on the HIV-1 viral coat (e.g. gp120). The device and mechanisms that circulate blood or other bodily fluids through the patient and remove the magnetic nanoparticles would remain unchanged.